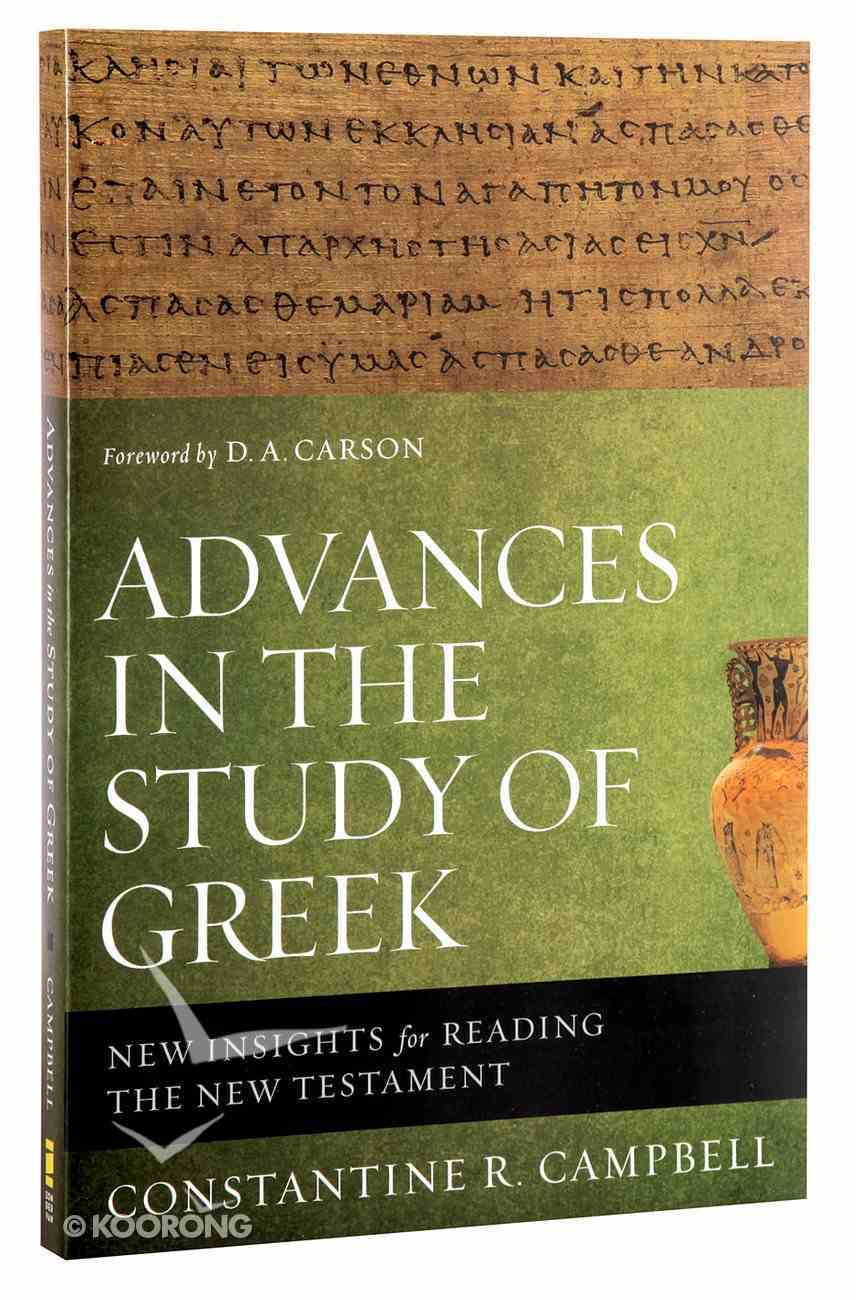 Advances in the Study of Greek: New Insights For Reading the New Testament

: Advances in the Study of Greek offers an introduction to issues of interest in the current world of Greek scholarship. Those within Greek scholarship will welcome this book as a tool that puts students, pastors, professors, and commentators firmly...

5 available
Expected to ship within 14 hours from Australia.
Learn More
Free Shipping
for orders over $99.


Advances in the Study of Greek provides an accessible introduction for students, pastors, professors, and commentators to understand the current issues of interest in this period of paradigm shift.

Dr Campbell has also authored other works ranging from commentary and theology to gospel outreach, including: Paul and Union with Christ: An Exegetical and Theological Study (Zondervan, 2012), winner of the 2014 Christianity Today Book Awards; Outreach and the Artist: Sharing the Gospel with the Arts (Zondervan, 2013), 1, 2 & 3 John: The Story of God Bible Commentary (Zondervan, 2017), and Not Ashamed: 2 Timothy (Aquila, 2008).

In addition to his achievements in scholarship and teaching, Dr Campbell is a gifted jazz saxophonist, who continues to play at professional level, and has recorded with such talents as James Morrison and The Idea of North. Dr Campbell is also the presenter of a seven-part documentary series In Pursuit of Paul the Apostle.

Dr Campbell lives in Illinois with his wife and three children.