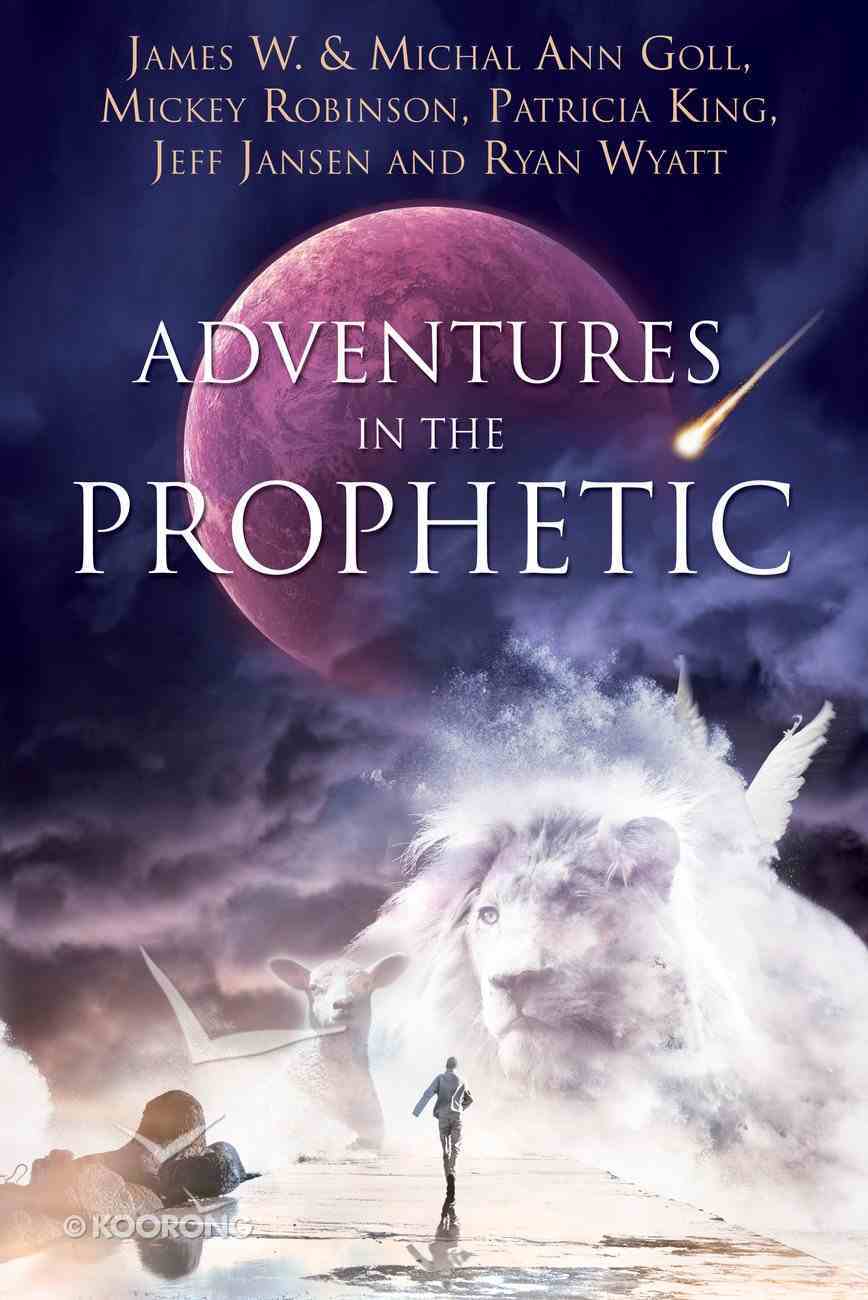 Adventures in the Prophetic

Venturing in the prophetic realm is an exciting adventure that changes your life and the lives of others. A team of well-known prophets share their insights and experiences. Inspiring topics include: • Power and Perils of the...

31 Decrees of Blessing For Your Life
Patricia King
eBook

31 Decrees of Blessing For Your Life
Patricia King
Imitation Leather

The Light Belongs in the Darkness
Patricia King
eBook

Venturing in the prophetic realm is an exciting adventure that changes your life and the lives of others.

A team of well-known prophets share their insights and experiences. Inspiring topics include:

God wants to use prophetic means to bring Jesus into reality in your life today. You are about to discover the tangible power of the prophetic realm.


Dr. James W. Goll is the president of Encounters Network, director of Prayer Storm, and coordinates Encounters Alliance. He has shared Jesus worldwide and has authored numerous books. James and Michal Ann were married for over 32 years until her graduation into Heaven in 2008. Together they had four children.

Michal Ann Goll was the founder of Compassion Acts and the cofounder of Encounters Network with her husband, James. She ministered worldwide and was known for her compassion for others and her passion for Jesus. She was the author of the Women on the Frontlines trilogy and the newly published Empowered Women in her honor. James and Michal Ann were married for over 32 years until her graduation into Heaven in September 2008. They have four wonderful adult children who carry on her legacy in Christ.

Venturing in the prophetic realm is an exciting adventure that changes your life and the lives of others.

A team of well-known prophets share their insights and experiences. Inspiring topics include:

God wants to use prophetic means to bring Jesus into reality in your life today. You are about to discover the tangible power of the prophetic realm.

Jeff Jansen, founder of Global Fire Ministries, Is a revivalist whose ministry of faith, power and revelation has affected the lives of thousands. Jeff's burning desire is to see churches, cities, regions and whole nations completely transformed by the power of God. Jeff flows in a strong prophetic and miracle healing anointing and releases the Glory of God in fresh fire everywhere he goes. Supernatural explosions of heaven often manifest in the atmosphere with tangible signs of glory and many being healed and delivered. Jeff teaches trains and equips believers how to live and move in the supernatural presence of God and emphasizes that communion and intimacy with the Holy Spirit is vital for transformation in our lives.

Patricia King is a prophet, teacher, preacher and internationally recognised author. She is also host of the weekly TV show Extreme Prophetic, a revolutionary concept in religious broadcasting. Her passion is to train, equip and inspire believers to witness miracles and wonders of Jesus Christ throughout the world. Her ministry provides resources at www.extremeprophetic.com.

Ryan Wyatt hosts the television show ldquo;Abiding Glory with Ryan Wyatt,rdquo; and is the founder and senior leader of Abiding Glory Church and International Ministry Base in Knoxville, Tennessee. He has an apostolic calling to raise up believers to establish and expand the Kingdom of God ldquo;on earth as it is in Heaven.rdquo; He and his wife, Kelly, and their three sons live in Knoxville.

Dr. JAMES W. GOLL is the cofounder of Encounters Network, Director of PrayerStorm, and coordinates Encounters Alliance, a coalition of leaders. He has shared Jesus in more than 40 nations worldwide teaching and imparting the power of intercession, prophetic ministry, and life in the Spirit. ý James is the author of numerous books including "PrayerStorm, Angelic Encounters, Prophetic Intercessor "and "The Seer". He has also produced multiple Study Guides and hundreds of audio messages. James is also a contributing writer to "Kairos" magazine and several other periodicals. He is involved as a

After surviving severe burns ... resulting from an airplane crash while skydiving, Mickey Robinson had a Death's Door experience and spiritual rebirth that radically changed his life. For the past 25 years, Mickey has had a public ministry speaking in churches and to various groups of people. He shares the reality of God's power to change people's lives. Mickey presently serves as a Director of Prophetic Christian Ministries Association, President of the Lazarus Foundation, a care and discipleship center for the physically challenged, and Seagate Ministries. Seagate Ministries is located in Franklin, Tennessee, where Mickey resides with his wife Barbara and their children.

The Gifts and Ministries of the Holy Spirit
Lester Sumrall
Paperback

The Prophetic and Healing Power of Your Words: Creating An Atmosphere For the Miraculous
Becky Dvorak
Paperback

The Way of Life: Experiencing the Culture of Heaven on Earth
Bill Johnson
Paperback