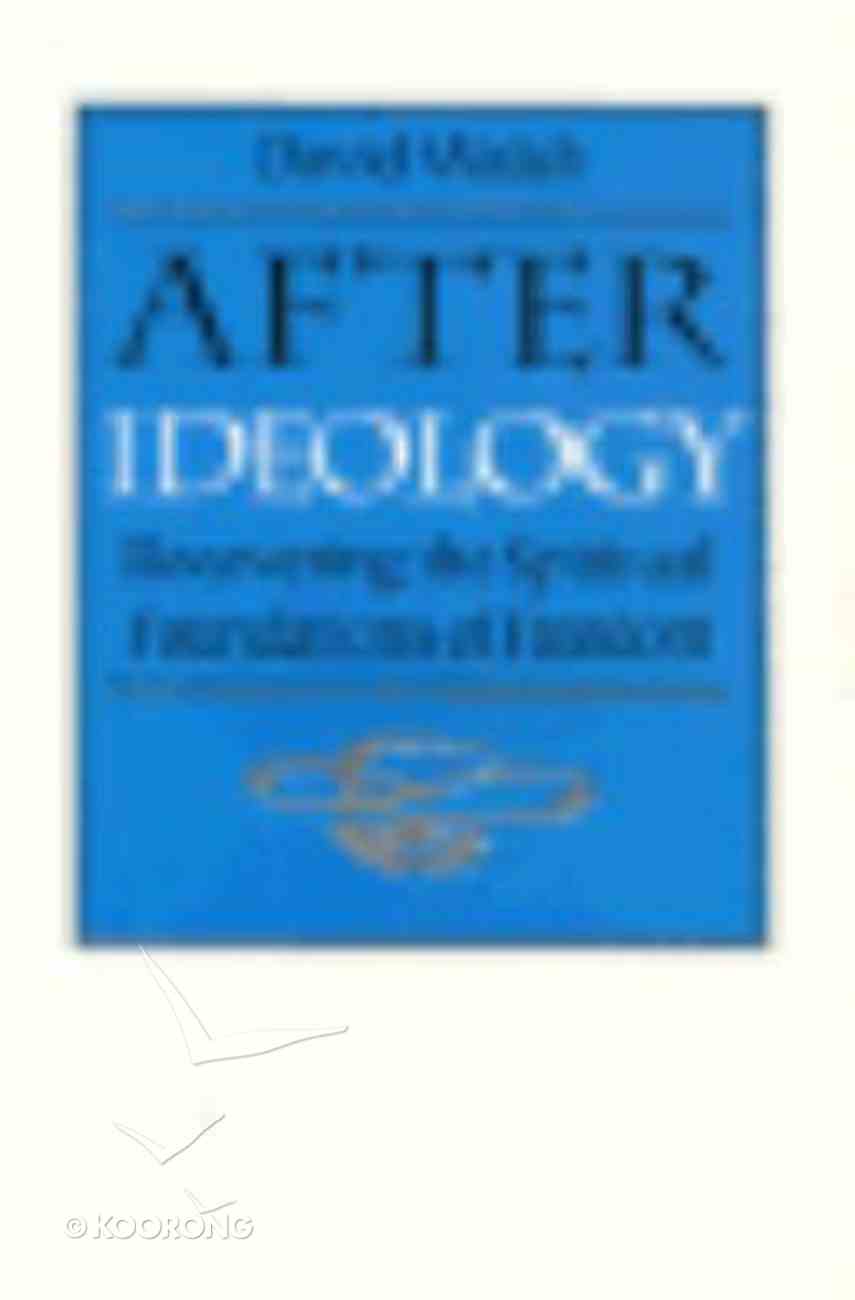 "The crises of the twentieth century - wars, genocide, the proliferation of atomic weapons, the rise and fall of communism, the breakup of the family - have shaken our faith in modernity and in the fundamental conceit upon which it...

A Philosophy of the Christian Religion: For the Twenty-First Century
Nancey Murphy
Paperback

On the Edge: A-Way With the Ocean
Jan Morgan, Graeme Garrett
Paperback

"The crises of the twentieth century - wars, genocide, the proliferation of atomic weapons, the rise and fall of communism, the breakup of the family - have shaken our faith in modernity and in the fundamental conceit upon which it is grounded: that human beings are capable of providing their own moral and political order. Ideologies based on this conceit have at their heart the revolt against God that has so characterized modern history, and these ideologies have failed us." "Walsh contends that the solution is to recover the spiritual foundations of freedom and order. To make his case, he draws lessons from the intellectual pilgrimages of four contemporary thinkers who overcame the modern spirit of revolt against God: Dostoevsky, Solzhenitsyn, Camus, and Voegelin. He shows how each confronted the full consequences of secular messianism and found within his own experience the means of overcoming it. In the process of mounting a critique of modernity and articulating the direction in which the alternative lies, the four recovered what is in essence philosophic Christianity. They show us that beyond nihilism, beyond the revolt against God, there is the existential rediscovery of transcendent truth." "Walsh believes liberal democracy is redeemable, but that its redemption hinges on our return to a proper understanding of human nature and to a spiritual foundation based on Christian principles. We must first recognize, however, that without God, without moral absolutes, without divine order, we can not resolve our worldwide modern crisis."--BOOK JACKET. Title Summary field provided by Blackwell North America, Inc. All Rights Reserved
-Publisher

This work describes how four thinkers -- Dostoevsky, Solzhenitsyn, Camus, and Voegelin -- were able to confront secular messianism and find the means of overcoming it so that what they eventually formulated was, essentially, a form of philosophic Christianity.
-Publisher