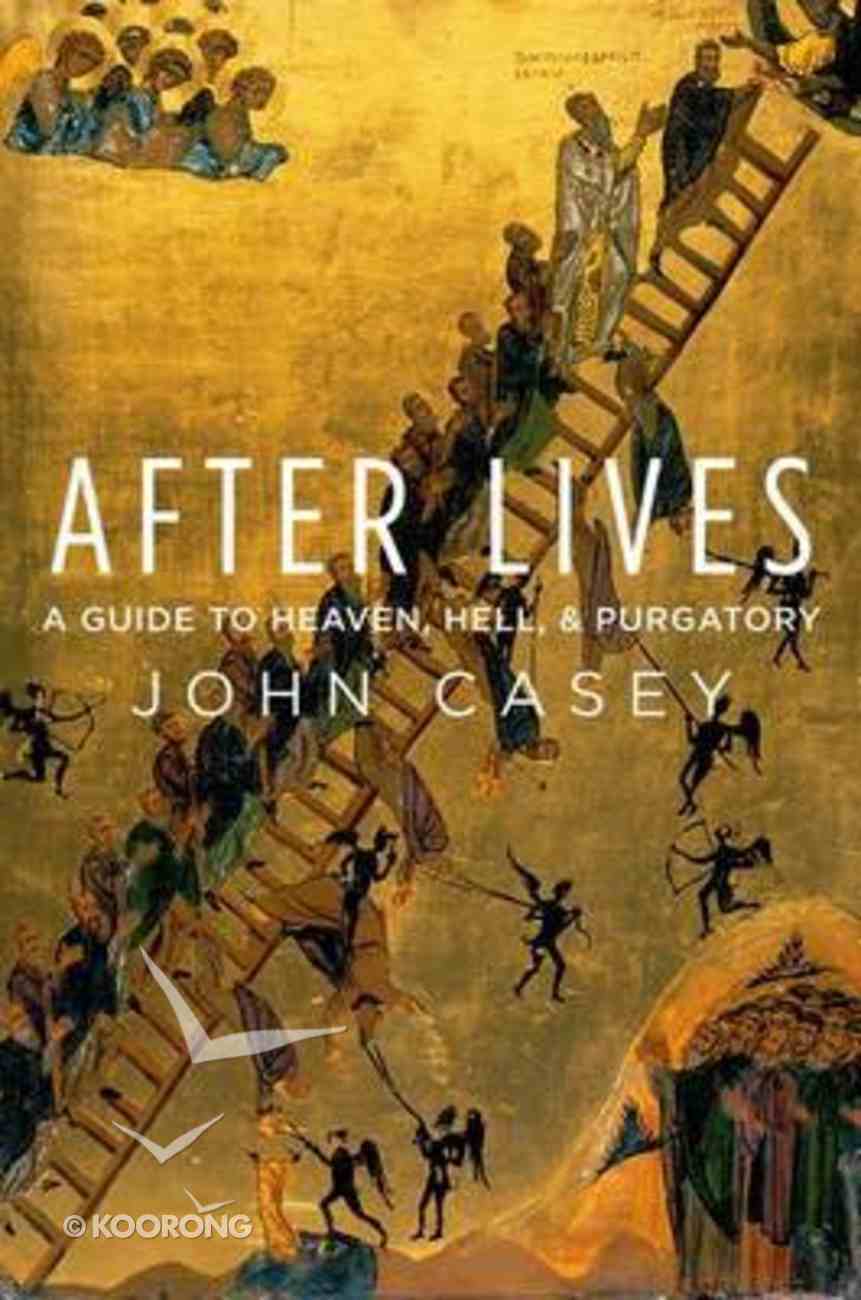 One of the most profound, deeply affecting questions we face as human beings is the matter of our mortality--and its connection to immortality. Ancient animist ghost cultures, Egyptian mummification, late Jewish hopes of resurrection, Christian eternal salvation, Muslim belief in...

One of the most profound, deeply affecting questions we face as human beings is the matter of our mortality--and its connection to immortality. Ancient animist ghost cultures, Egyptian mummification, late Jewish hopes of resurrection, Christian eternal salvation, Muslim belief in hell and paradise all spring from a remarkably consistent impulse to tether a triumph over death to our conduct in life. In After Lives, British scholar JohnCasey provides a rich historical and philosophical exploration of the world beyond, from the ancient Egyptians to St. Thomas Aquinas, from Martin Luther to modern Mormons. In a lively, wide-ranging discussion, he examines such topics as predestination, purgatory, Spiritualism, the Rapture, Armageddon andcurrent Muslim apocalyptics, as well as the impact of such influences as the New Testament, St. Augustine, Dante, and the Second Vatican Council. Ideas of heaven and hell, Casey argues, illuminate how we understand the ultimate nature of sin, justice, punishment, and our moral sense itself. The concepts of eternal bliss and eternal punishment express--and test--our ideas of good and evil. For example, the ancient Egyptians saw the afterlife as flowing from ma'at, a sense of being inharmony with life, a concept that includes truth, order, justice, and the fundamental law of the universe. "It is an optimistic view of life," he writes. "It is an ethic that connects wisdom with moral goodness." Perhaps just as revealing, Casey finds, are modern secular interpretations of heaven and hell, ashe probes the place of goodness, virtue, and happiness in the age of psychology and scientific investigation. With elegant writing, a magisterial grasp of a vast literary and religious history, and moments of humor and irony, After Lives sheds new light on the question of life, death, and morality in human culture.
-Publisher

John Casey was born in 1939 in Worcester, Massachusetts. Educated at Harvard College, Harvard Law School, and the University of Iowa, Casey is a Professor of English at the University of Virginia. Casey's novel Spartina, a classic tale of a man, a boat, and a storm, won the National Book Award in 1989. In his second novel, The Half-life of Happiness, published in March 1998, Casey takes the reader on a journey to Charlottesville, where a successful forty-something lawyer has to deal with the breakup of his marriage amidst a run for a seat in Congress. Casey lives in Charlottesville, Virginia.