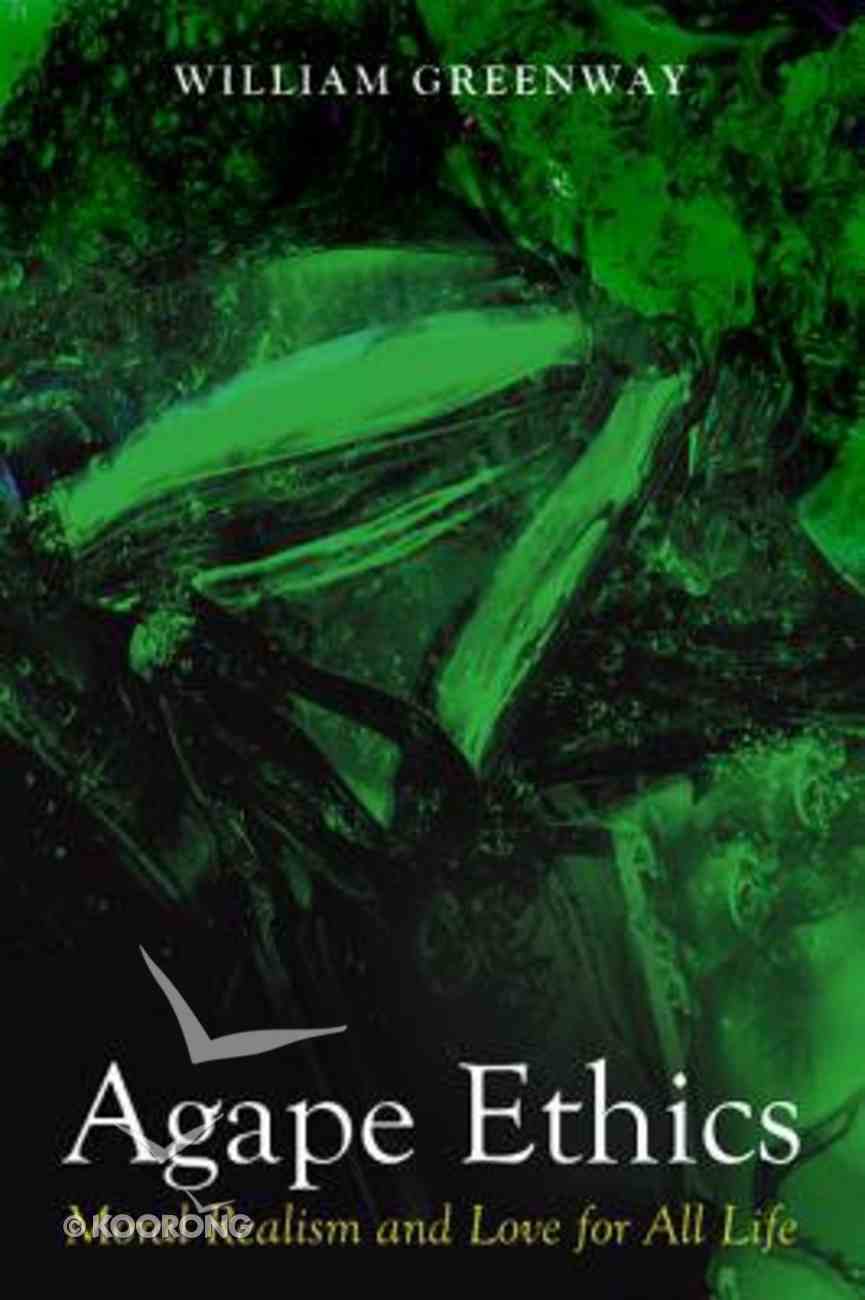 Agape Ethics: Moral Realism and Love For All Life

Consider intense moments when you have been seized by joy or, in different contexts, by anguish for another person, or a cat or dog, or perhaps even for a squirrel or possum struck as it dashed across the road: whether...

Consider intense moments when you have been seized by joy or, in different contexts, by anguish for another person, or a cat or dog, or perhaps even for a squirrel or possum struck as it dashed across the road: whether glorious or haunting, these are among the most profound and meaningful moments in our lives. Agape Ethics focuses our attention on such moments with utter seriousness and argues they reveal a spiritual reality, the reality of agape. Powerful streams of modern Western rationality reject the idea of agape. This has created a crisis of foundations in modern ethics and alienated us from love for all creatures. Working wholly within the bounds of reason, Agape Ethics joins an increasingly vibrant struggle to legitimate the spiritual reality of agape, to awaken people to its power, to clarify its ethical implications, and to validate our spiritual communion with all creatures in all creation. The result is a powerful, inclusive, and wholly reasonable defense of moral realism that should speak to all who are passionate about creating a maximally loving and good world. ""Agape Ethicswill be warmly welcomed by theologians, ethicists, philosophers, and all who have ever longed for a theory of morality and ethics that would be inclusive of both human and nonhuman life. Scholars will be pleased with Greenway's endeavor to paint a compelling portrait of the way modern science, philosophy, and theology have diminished the moral realm of life by their complicity with what he calls 'scientism, ' the claim that reality pertains only to that which science can explain. In short, Agape Ethicsis a creative venture from beginning to end, and the beauty of its eloquence will sustain the interest of all who are seized by its inclusive moral appeal."" --Peter J. Paris, Elmer G. Homrighausen Professor Emeritus, Christian Social Ethics, Princeton Theological Seminary ""Inspired by Emmanuel Levinas's moral philosophy, Greenway presents a thoughtful and plausible case for a new agape ethics (based in finding oneself 'seized by the faces of others') as a constructive alternative to the ethical relativism of postmodernity, the ethical extremism of religious radicals, and the ethical foundationalism of modernity.With its richness in spiritual sensibility, public relevance, and ecological potency, Agape Ethicsis an important achievement for Christian philosophical ethics."" --Hak Joon Lee, Lewis B. Smedes Professor of Christian Ethics, Fuller Theological Seminary ""Atour de forcein meta-ethics and philosophical spirituality.Agape Ethicsextends Emmanuel Levinas's insights on responsibility to the Other to all animals and builds a compelling case foragapeas an irreducible moral-spiritual reality."" --Janet L. Parker, PhD, Senior Pastor, First Congregational United Church of Christ, Salem, Oregon ""Bill Greenway wants to awaken us to a primordial love that draws us into relationships of care for all creatures. Along the way he offers a valuable critique of modernity's scientismand rationalismthat drains the universe of mystery and ensconces the human as the sole locus of worth among all things.Arguing for a moral realism grounded inagape, Greenway offers us amoralvision of the infinite value of every creature that can, in turn, inform humanethicaldecision-making and action at a time when so much life on Earth is endangered. "" --Timothy H. Robinson, Lunger Associate Professor of Spiritual Resources and Disciplines, Brite Divinity School ""InAgape Ethics, Greenway skillfully engages philosophy, theology, ethics, and moral reasoning in a work that wades into the complex world in which we find ourselves: evermore aware of the beauty and complexity of the planet's eco-systems and inhabitants, while also aware of the difficult ethical challenges facing us as human actions threaten the planetary community. Williams' enlivening prose invites the reader in, equipping the reader with the tools to thin"
-Publisher

William Greenway's collection, Everywhere at Once (2008), won the Ohioana Poetry Book of the Year Award, as did his Ascending Order (2003), both from the University of Akron Press. He has published in Poetry, American Poetry Review, Georgia Review, Southern Review, Poetry Northwest, Shenandoah, and Prairie Schooner, and has won the Helen and Laura Krout Memorial Poetry Award, the Larry Levis Editors' Prize from Missouri Review, the Open Voice Poetry Award from The Writer's Voice, the State Street Press Chapbook Competition, an Ohio Arts Council Grant, and was 1994 Georgia Author of the Year. H