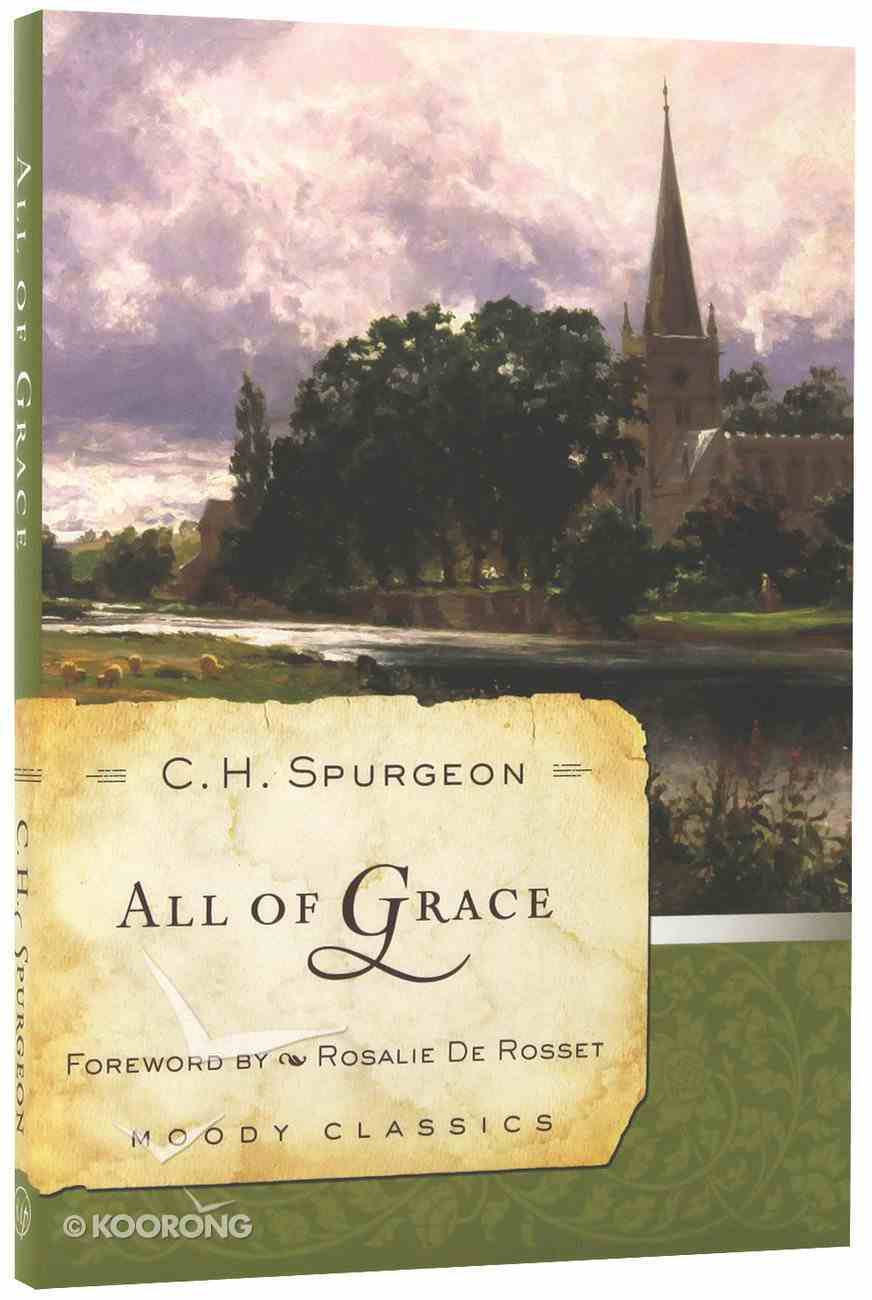 All of Grace (Moody Classic Series)

Using plain language and word pictures, Spurgeon shares an earnest word for those who are seeking salvation. From the Book: A Certain man placed a fountain by the wayside, and he hung up a cup near to it by...

Using plain language and word pictures, Spurgeon shares an earnest word for those who are seeking salvation.

From the Book:
A Certain man placed a fountain by the wayside, and he hung up a cup near to it by a little chain. He was told some time after that a great art-critic had found much fault with its design. "But," said he, "do many thirsty persons drink at it?" Then they told him that thousands of poor people, men, women, and children, slaked their thirst at this fountain; and he smiled and said, that he was little troubled by the critic's observation, only he hoped that on some sultry summer's day the critic himself might fill the cup, and be refreshed, and praise the name of the Lord.

Here is my fountain, and here is my cup: find fault if you please; but do drink of the water of life. I only care for this. I had rather bless the soul of the poorest crossing-sweeper or rag-gatherer than please a prince of the blood, and fail to convert him to God.

Now with a new foreword by Rosalie De Rosset.

C. H. Spurgeon writes, "Only God can justify the ungodly, but He can do it to perfection. He casts our sins behind His back; He blots them out. He says that though they be sought for, they shall not be found."

In an age of limited travel and isolated nations, C.H. Spurgeon preached to over 10,000,000 people in person-sometimes up to 10 times per week. It is in this classic work that Spurgeon most clearly presents the message of salvation-man's ultimate need and God's unique provision-both simply and sincerely, for honest seekers and zealous witnesses alike.