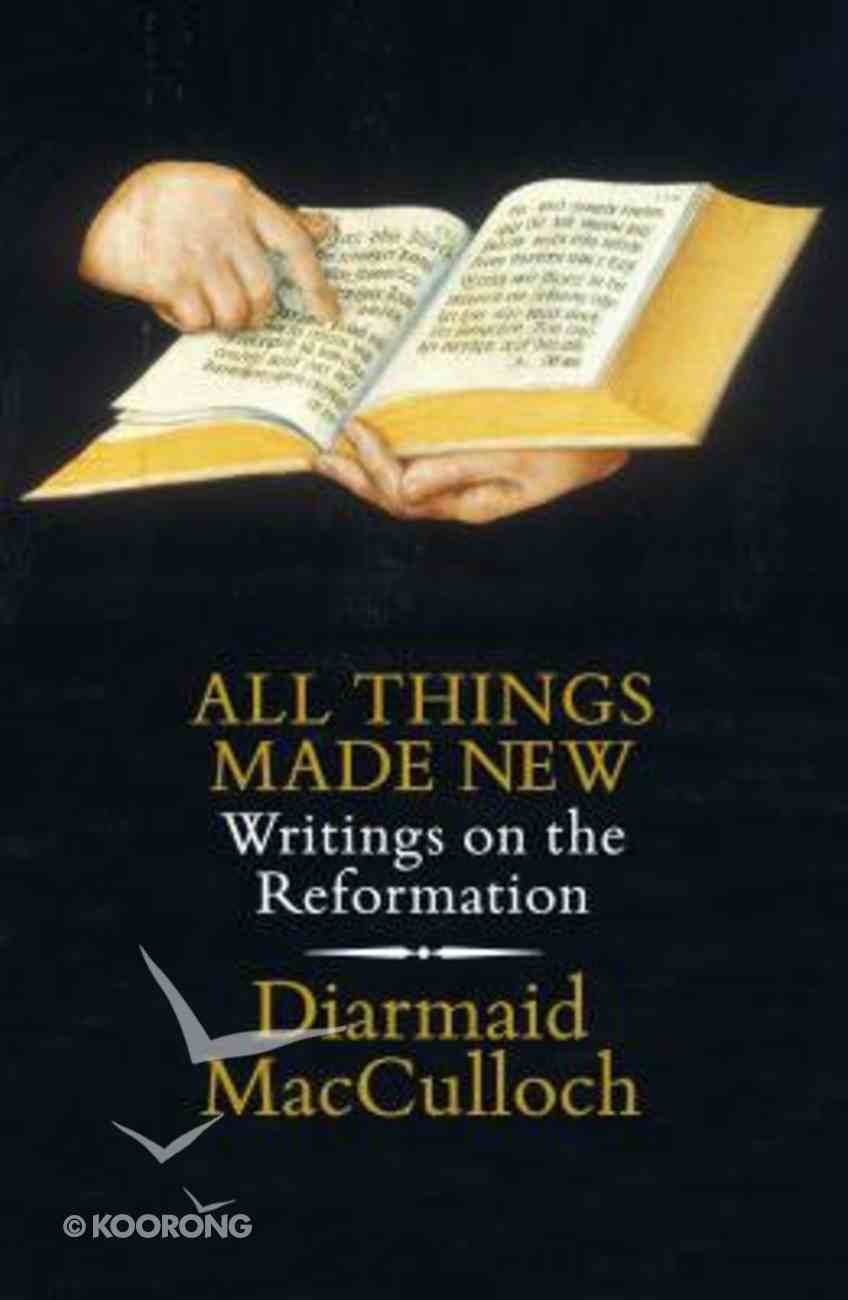 All Things Made New: Writings on the Reformation

A brilliant kaleidoscope on the Reformation from its leading scholar and 'one of the best historians writing in English today' (Sunday Telegraph) The Reformation which engulfed England and Europe in the sixteenth century was one of the most highly-charged,...

The Writings of the Apostolic Fathers
Paul Foster
Paperback


The Reformation which engulfed England and Europe in the sixteenth century was one of the most highly-charged, bloody and transformative periods in their history. Ever since, it has remained one of the most contested.


Diarmaid MacCulloch is one of the leading British historians of this turbulent and endlessly fascinating era. Many essays in this volume expand upon his now classic Reformation: Europe's House Divided, tracing, for example, the evolution of the English Prayer Book and Bible or reassessing the impact of the Reformation on Catholicism. Henry VIII and his archbishop, Thomas Cranmer, are both central presences, and MacCulloch swiftly dispatches some of the received wisdom about them. Throughout the book, he brilliantly undermines one persistent English tradition of interpreting the Reformation - that it never really happened - and establishes that Anglicanism was really a product of Charles II's Restoration in 1660 rather than the 'Elizabethan Settlement' of 1559. The inexhaustible variety of the Reformation is seen in a delightful mix of writings on angels, Protestant opinions about the Virgin Mary and such diverse personalities as William Byrd, John Calvin and the extraordinary seventeenth-century forger Robert Ware, some of whose malicious fantasies have polluted parts of Reformation history ever since.


All Things Made New shows Diarmaid MacCulloch at his best - learned, far-seeing, sometimes subversive, and often witty. At the end of his essay on the great Elizabethan divine Richard Hooker, he writes 'The disputes which currently wrack Western Christianity are superficially about sexuality, social conduct or leadership style: at root, they are about what constitutes authority for Christians. The contest for the soul of the Church in the West rages around the question as to how a scripture claiming divine revelation relates to those other perennial sources of human revelation, personal and collective consciousness and memory; whether, indeed, there can be any relationship between the two.' There is much wisdom, as well as much enjoyment, in this book.