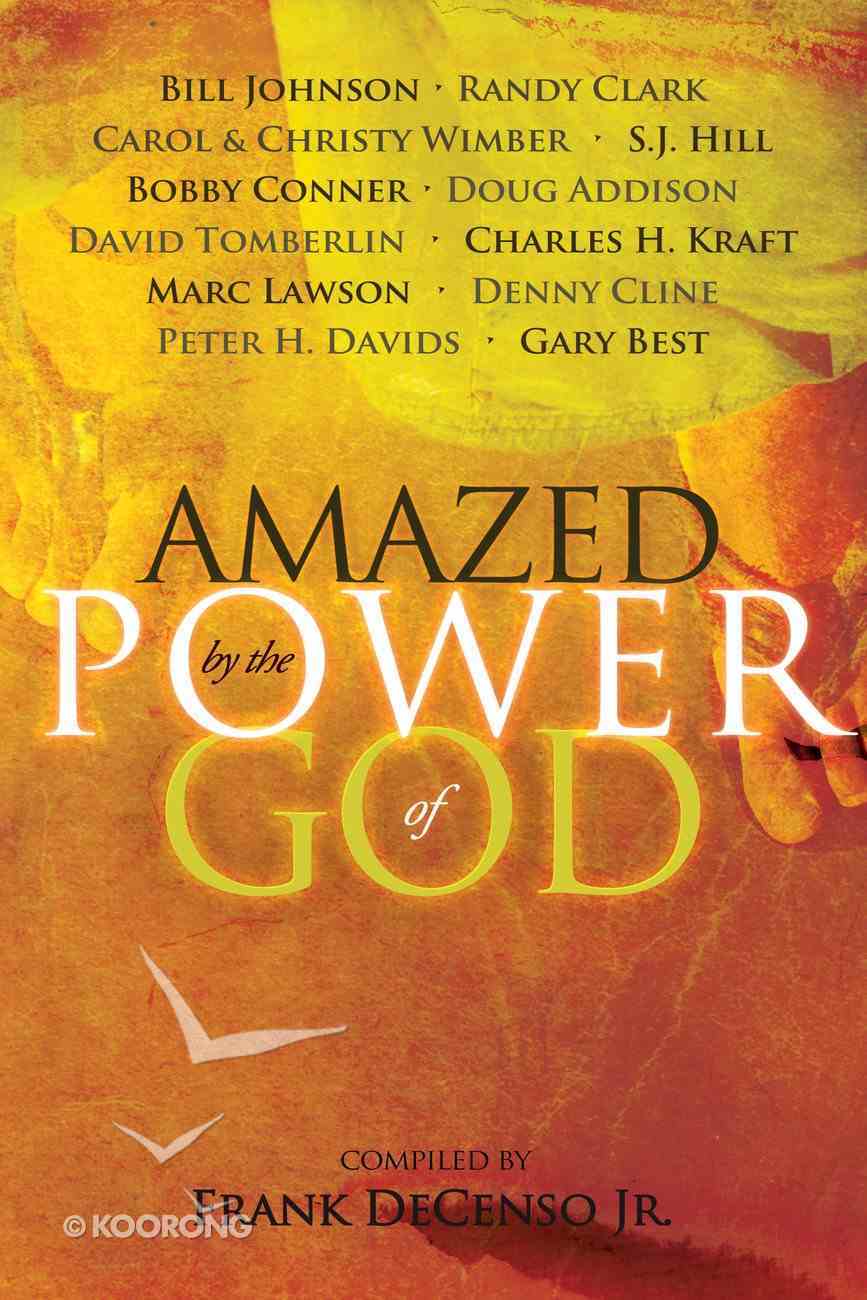 Amazed By the Power of God

Strengthen Yourself in the Lord
Bill Johnson
eBook

Power Ministry and Entry Into the Kingdom
Peter Davids
eBook

Addison is the owner of Doug Addison Web Productions. He specializes in advanced website design, strategic and content management, databases for Web productions, writing and editing for the Web, managing Web project assets and writers, programmers, artists and designers.

Frank has been engaged in teaching the Bible and theological subjects since the mid 1980s. His venues have been churches, home groups and Bible studies, and online forums. He is the author of Presence Powered Living: Building a Life of Intimacy and Partnership with God, published by Vineyard International Publishing.He and his wife of 16 years, Denise, attend Joy Vineyard Fellowship in Virginia Beach,Virginia.

Bobby Conner has an extensive ministry background as a Southern Baptist pastor and he ministers in a high level, proven prophetic anointing. His calling is to equip the Body of Christ to hear and discern God's voice in these times. He is known and loved the world over for his sensitivity to and leading of the Holy Spirit. Bobby Conner has ministered in many foreign countries as well as here in the states for over thirty years.

Peter H. Davids (PhD, University of Manchester) is Professor of Biblical Theology, St. Stephens University, New Brunswick, Canada. He is the author of commentaries on James (NIBC, NIGTC) and 1 Peter (NICNT) and co-editor of the Dictionary of the Later New Testament and Its Developments.

Marc and his wife Linda, have spent 29 years in full-time ministry. They desire to see the Body of Christ do the works of Jesus, as He spoke of in John 14:12, including miracles, signs, wonders, and healings as an everyday part of the believer's Kingdom lifestyle. They have five children and eight grandchildren and live in a suburb of Atlanta, Georgia.

Rejoice and Tremble: The Surprising Good News of the Fear of the Lord (Union Series)
Michael Reeves
Hardback