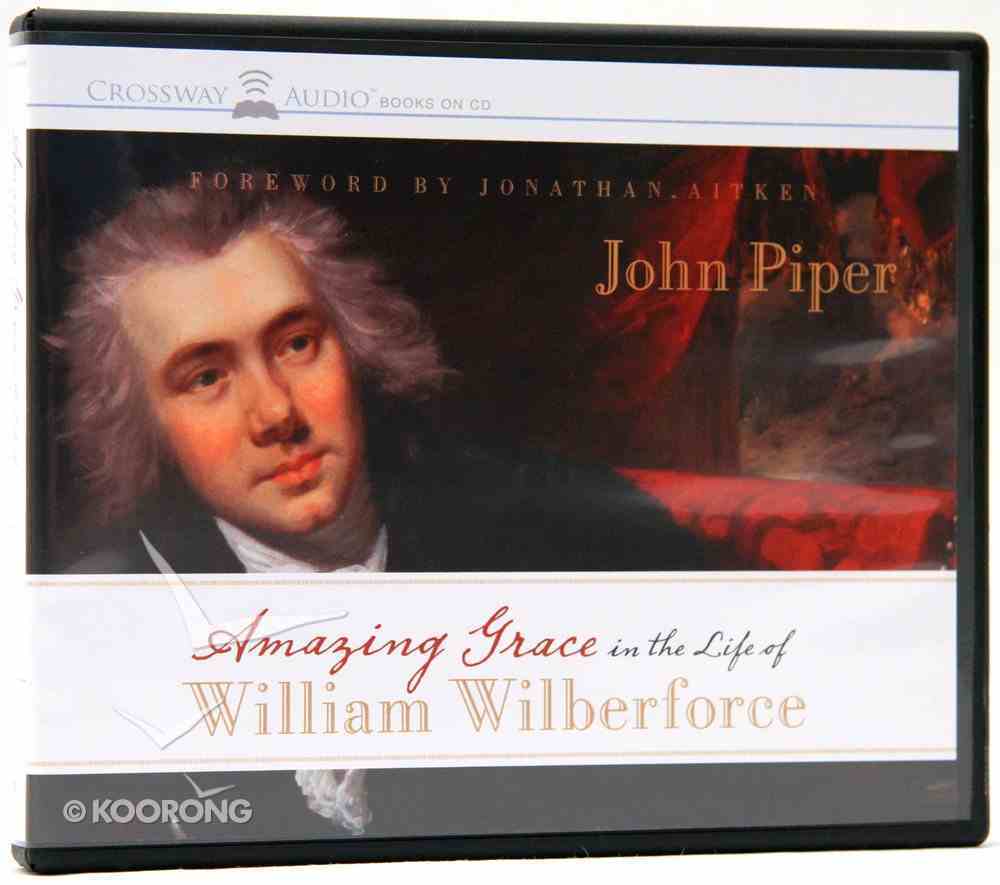 Amazing Grace in the Life of William Wilberforce

Against great obstacles William Wilberforce, an evangelical member of Parliament, fought for the abolition of the African slave trade and against slavery itself until they were both illegal in the British Empire. In this concise volume, John Piper tells the...

Brothers, We Are Not Professionals (Unabridged 8cds)
John Piper
CD

Me Too
Jon Weece
eAudio

Against great obstacles William Wilberforce, an evangelical member of Parliament, fought for the abolition of the African slave trade and against slavery itself until they were both illegal in the British Empire. In this concise volume, John Piper tells the story of Wilberforce's transformation from an unbelieving young politician into a radically God-centered Christian and how his deep spirituality helped to change the moral outlook of a nation. Audio Book is read by Wayne Shepherd.
-Publisher

:John Piper's biography of William Wilberforce takes readers beyond Wilberforce's battle against slavery and explores the beliefs and motivations of this influential evangelical politician. Unabridged on 1 CD (1 hour 11 minutes).
-Publisher

JONATHAN AITKEN, an Oxford graduate in both law and theology, is the author of the award-winning biography "Nixon: A Life," A former British M.P. and cabinet member, his political career ended in 1999 when he served a seven-month prison term for perjury in a civil case. He is now a lecturer, author, columnist, and broadcaster.