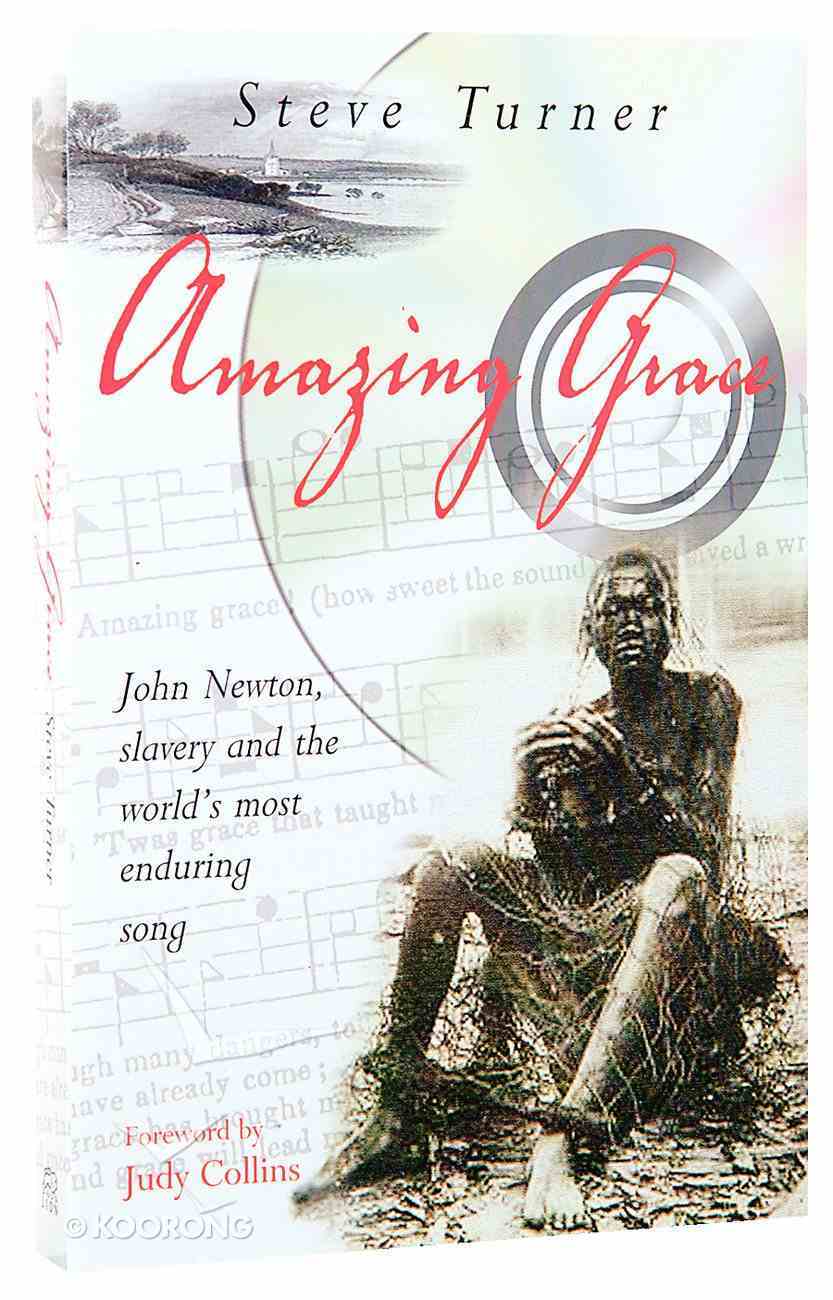 Behind our most beloved song is a fascinating story spanning continents, cultures, and centuries. Inspired by the way "Amazing Grace" continues to change and grow in popularity, acclaimed music writer Steve Turner embarks on a journey to trace the life...

Behind our most beloved song is a fascinating story spanning continents, cultures, and centuries. Inspired by the way "Amazing Grace" continues to change and grow in popularity, acclaimed music writer Steve Turner embarks on a journey to trace the life of the hymn, from Olney, England, where it was written by former slave trader John Newton, to tiny Plantain Island off the coast of Africa, where Newton was held captive for almost a year, to the Kentucky-Tennessee border and other parts of the South, where the hymn first began to spread.

As a young man, John Newton was pressed into the Royal Navy, but was such a rebellious sailor that he was moved to a slave ship in Madeira and eventually became a "servant of slaves in Africa." He was rescued from Africa by a merchant ship, but on the voyage back to England his ship endured an eleven-hour storm on the Atlantic - after which, reflecting on his miraculous survival and on his wretched state in Africa, he converted to Christianity. Back in England, he eventually became a minister and, still later, a vocal abolitionist. During his time as a Church of England parish priest, he and a friend, the poet William Cowper, began experimenting with what was then a relatively new form of religious song, the Protestant hymn, when he wrote "Amazing Grace" for use among his congregation.

The hymn made its way across the Atlantic to South Carolina, where the lyrics were published for the first time with a tune. Through the nineteenth century it appeared in more and more hymnals, and in the twentieth century it rose to become a gospel and folk standard, then exploded into pop music with Judy Collins's masterful 1970 a capella recording, which took over the charts. The majority of the more than 450 recordings held by the Library of Congress were made after 1970 and include versions by artists as varied as Elvis Presley, Ladysmith Black Mambazo, Tiny Tim, A Green, Johnny Cash, Rod Stewart, Chet Baker, and Destiny's Child.

AMAZING GRACE closely examines this modern history as Turner traces the hymn through the American Gospel tradition in the nineteenth and twentieth centuries and interviews contemporary artists to reveal why they were compelled to record the hymn.

From John Newton's incredible life story to the hymn's role in contemporary spirituality and culture, AMAZING GRACE is an illuminating, thorough, and unprecedented musical history.
- Publisher.

@blurb2:Top music writer Steve Turner traces the biography of 'Amazing Grace', the world's most recorded song. Versions of this hymn have been performed by artists as diverse as Elvis Presley, Ladysmith Black Mambazo, Johnny Cash, Rod Stewart and Destiny'
-Publisher