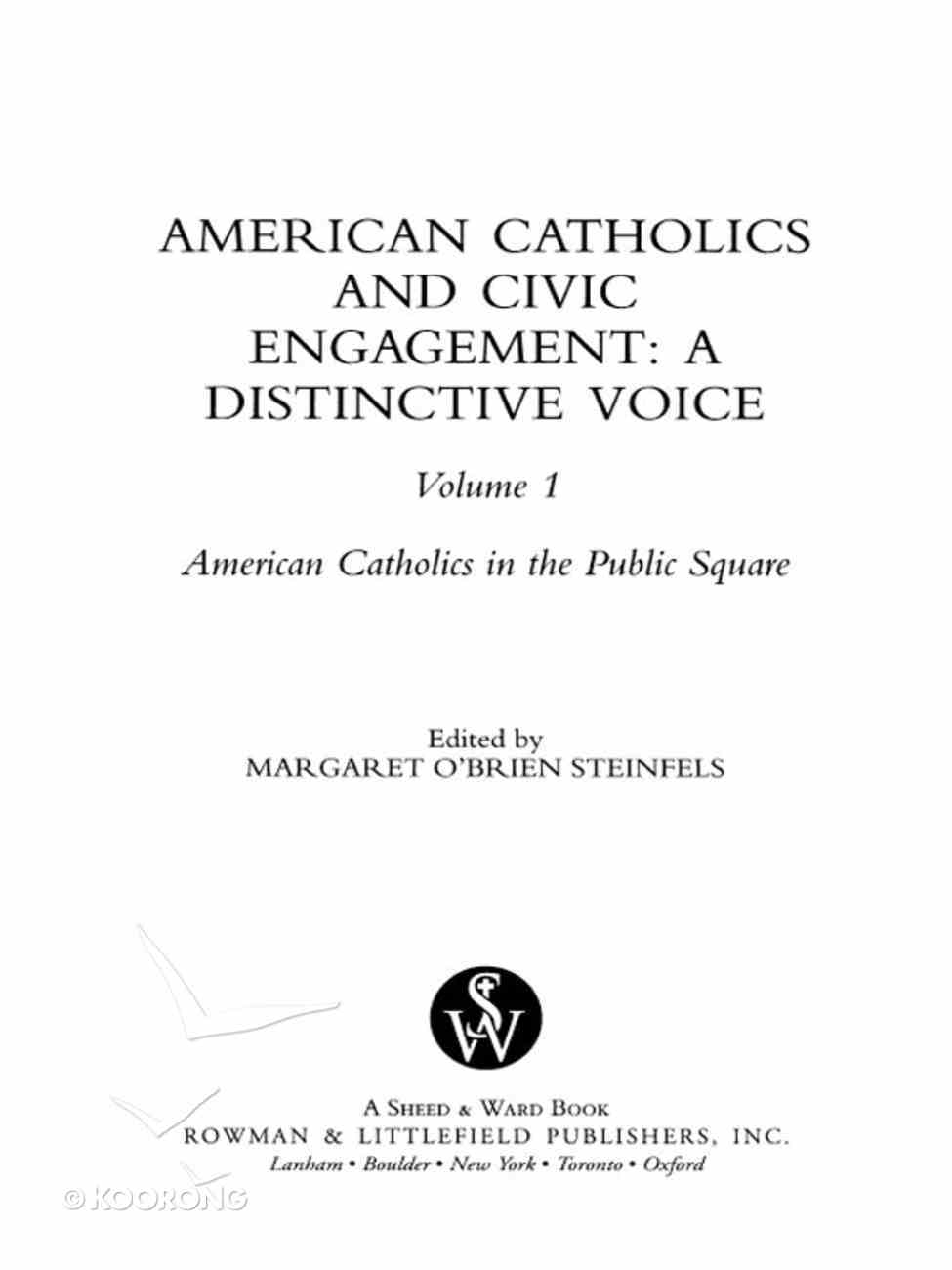 Sheed & Ward, in partnership with the Commonweal Foundation and with funding from the Pew Charitable Trust, proudly presents the first of two volumes in a groundbreaking series called American Catholics in the Public Square. The result of a three-year...

Sheed & Ward, in partnership with the Commonweal Foundation and with funding from the Pew Charitable Trust, proudly presents the first of two volumes in a groundbreaking series called American Catholics in the Public Square. The result of a three-year study sponsored by Pew aimed at understanding the contributions to U.S. civic life of the Catholic, Jewish, mainline and evangelical Protestant, African-American, Latino, and Muslim communities in the United States, the two volumes in this series gather selected essays from the Commonweal Colloquia and the joint meetings organized by the Commonweal Foundation and The Faith and Reason Institute, a conservative think tank in Washington. Participants in the Commonweal colloquia and the joint meetings?leading Catholic scholars, journalists, lawyers, business and labor leaders, novelists and poets, church administrators and lobbyists, activists, policy makers and politicians?produced approximately forty-five essays presented at ten meetings that brought together over two hundred and fifty participants. The two volumes in the American Catholics in the Public Square Series address many of the most critical issues now facing the Catholic Church in the United States by drawing from the four goals of the colloquia-to identify, assess, and critique the distinctive elements in Catholicism's approach to civic life; to generate concrete analyses and recommendations for strengthening Catholic civic engagement; to encompass a broad spectrum of political and social views of Catholics to encourage dialogue between Catholic leaders, religious and secular media, and political thinkers; to reexamine the long-standing Catholic belief in the obligation to promote the common good and to clarify how Catholics may work better with those holding other religious or philosophical convictions toward revitalizing both the religious environment and civic participation in the American republic. This first volume, American Catholics and Civic Engagement: A Distinctive Voice, i
-Publisher

Peter Steinfels, former co-director of the Fordham University Center on Religion and Culture, is a university professor at Fordham. He was religion columnist for The New York Times" and editor of Commonweal". Steinfels is the author of A People Adrift: The Crisis of the Roman Catholic Church in America" (Simon & Schuster, 2003). He lives in New York City.