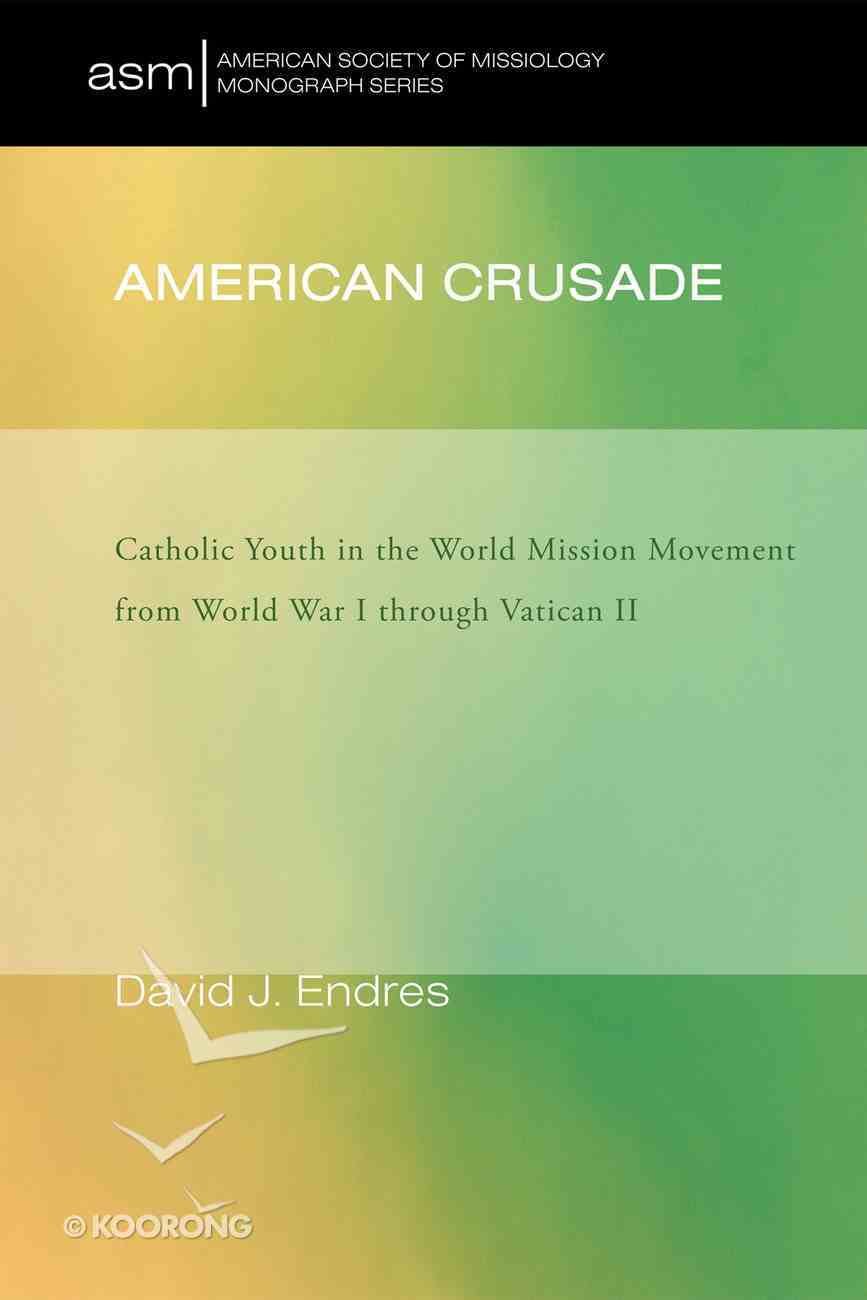 Perhaps no era in Christian history since the time of the apostles presented a greater challenge to the spread of faith than the twentieth century. The First World War in particular resulted in nearly disastrous losses for the world mission...

The Founding of the Roman Catholic Church in Melanesia and Micronesia, 1850-1875 (#84 in Princeton Theological Monograph Series)
Ralph M Wiltgen
eBook

Perhaps no era in Christian history since the time of the apostles presented a greater challenge to the spread of faith than the twentieth century. The First World War in particular resulted in nearly disastrous losses for the world mission movement. Christian countries were engaged in fratricidal conflict, missionaries were forced to return to their homelands, and traditional sources of mission funding dried up.In response to the missions crisis, American Catholic youth devoted themselves to a program of "prayer, study, and sacrifice"--the Catholic Students' Mission Crusade. Beginning with less than fifty members, the movement grew to over one million youth, and worked to foster support for missionaries in the field, promote missionary vocations, and educate youth about the needs of the church throughout the world. In the course of their "crusade," the movement's youth were exposed the complexities and challenges of diverse religious, political, and cultural worlds, including illiteracy in rural America, communism in China and Eastern Europe, and famine and disease in sub-Saharan Africa. In light of this experience, as well as the Second Vatican Council's reformulation of the Catholic Church's approach to missions, by the late 1960s the movement began to question its goal of converting the world, leading to the Crusade's crisis of faith and eventually to its disbanding.By exploring the fascinating story of the Catholic Students' Mission Crusade, this study offers new insights into the growth of the church amidst contemporary obstacles and historically non-Christian cultures, providing a bridge to understanding the current challenges to Christian globalization.
-Publisher