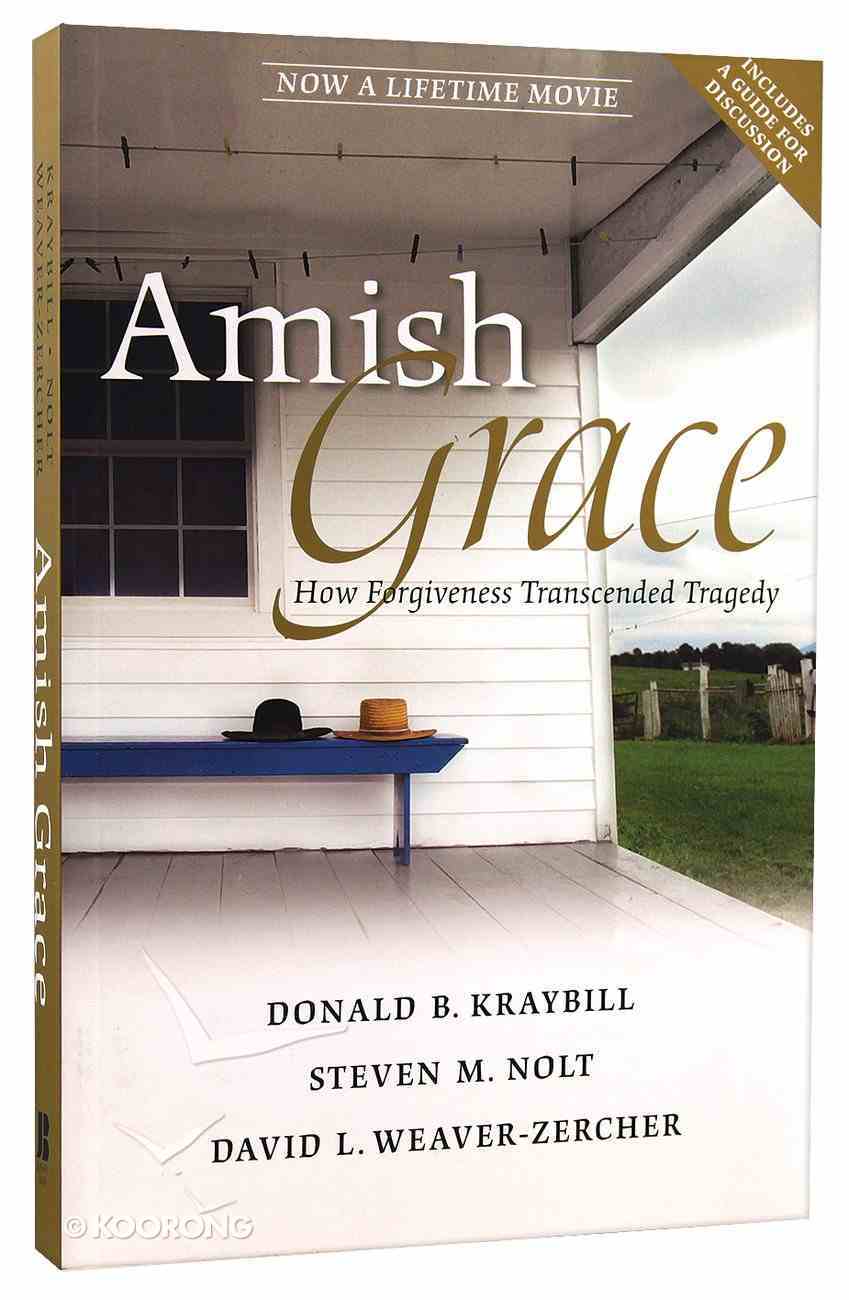 On Monday morning, October 2, 2006, a gunman entered a one-room Amish school in Nickel Mines, Pennsylvania. In front of twenty-five horrified pupils, thirty-two-year-old Charles Roberts ordered the boys and the teacher to leave. After tying the legs of the...

Called to Forgive: The Charleston Church Shooting, a Victim's Husband, and the Path to Healing and Peace
Anthony B Thompson, Denise George
Paperback

Grace Anna Sings: A Story of Hope Through a Little Girl With a Big Voice
Angela Rodgers
Paperback

She Found His Grace: A True Story of Hope, Love, and Forgiveness After Abortion
Serena Dyksen, Julie Wilkerson Klose
Paperback

On Monday morning, October 2, 2006, a gunman entered a one-room Amish school in Nickel Mines, Pennsylvania. In front of twenty-five horrified pupils, thirty-two-year-old Charles Roberts ordered the boys and the teacher to leave. After tying the legs of the ten remaining girls, Roberts prepared to shoot them execution style with an automatic rifle and four hundred rounds of ammunition that he brought for the task. The oldest hostage, a thirteen-year-old, begged Roberts to "shoot me first and let the little ones go." Refusing her offer, he opened fire on all of them, killing five and leaving the others critically wounded. He then shot himself as police stormed the building. His motivation? "I'm angry at God for taking my little daughter," he told the children before the massacre.The story captured the attention of broadcast and print media in the United States and around the world. By Tuesday morning some fifty television crews had clogged the small village of Nickel Mines, staying for five days until the killer and the killed were buried. The blood was barely dry on the schoolhouse floor when Amish parents brought words of forgiveness to the family of the one who had slain their children.The outside world was incredulous that such forgiveness could be offered so quickly for such a heinous crime. Of the hundreds of media queries that the authors received about the shooting, questions about forgiveness rose to the top. Forgiveness, in fact, eclipsed the tragic story, trumping the violence and arresting the world's attention.Within a week of the murders, Amish forgiveness was a central theme in more than 2,400 news stories around the world. The Washington Post, The New York Times, USA Today, Newsweek, NBC Nightly News, CBS Morning News, Larry King Live, Fox News, Oprah, and dozens of other media outlets heralded the forgiving Amish. From the Khaleej Times (United Arab Emirates) to Australian television, international media were opining on Amish forgiveness. Three weeks after the shooting, "Amish forgiveness" had appeared in 2,900 news stories worldwide and on 534,000 web sites.Fresh from the funerals where they had buried their own children, grieving Amish families accounted for half of the seventy-five people who attended the killer's burial. Roberts' widow was deeply moved by their presence as Amish families greeted her and her three children. The forgiveness went beyond talk and graveside presence: the Amish also supported a fund for the shooter's family. AMISH GRACE explores the many questions this story raises about the religious beliefs and habits that led the Amish to forgive so quickly. It looks at the ties between forgiveness and membership in a cloistered communal society and ask if Amish practices parallel or diverge from other religious and secular notions of forgiveness. It will also address the matter of why forgiveness became news. "All the religions teach it," mused an observer, "but no one does it like the Amish." Regardless of the cultural seedbed that nourished this story, the surprising act of Amish forgiveness begs for a deeper exploration. How could the Amish do this? What did this act mean to them? And how might their witness prove useful to the rest of us?

^Praise for Amish Grace ^"A story our polarized country needs to hear: It is still grace that saves."--Bill Moyers, Public Affairs Television ^"In a world where repaying evil with evil is almost second nature, the Amish remind us there's a better way. In plain and beautiful prose, Amish Grace recounts the Amish witness and connects it to the heart of their spirituality."--Sister Helen Prejean, author, Dead Man Walking ^"Faced with the notorious Amish aversion to publicity, reporter after reporter turned to the authors...to answer one question: How could the Nickel Mines Amish so readily, so completely, forgive? While the text provides a detailed account of the tragedy, its beauty lies in its discovery of forgiveness as the crux of Amish culture. Never preachy or treacly, it suggests a larger meditation more than apt in our time."--Philadelphia Magazine ^"This balanced presentation . . .blends history, current evaluation of American society, and an examination of what builds
-Publisher

Donald B. Kraybill received his Ph.D. from Temple University and is currently Provost of Messiah College in Grantham, PA. He holds numerous teaching and research awards and is the author of over a dozen books, including The Riddle of Amish Culture, an international best seller