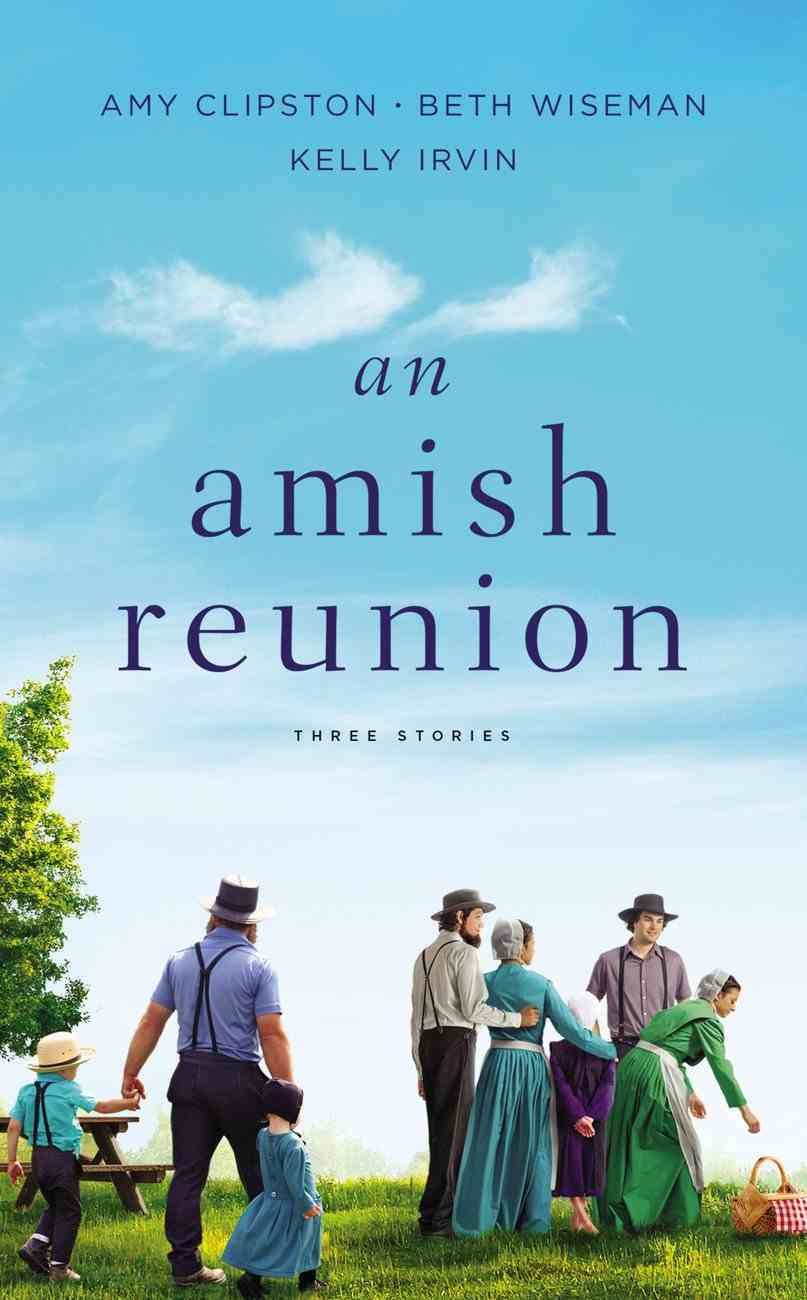 : Enjoy four sweet and heartwarming stories about home, heart, and reuniting with the ones you love. Their True Home by Amy Clipston When Marlene Bawell moved from Bird-in-Hand ten years ago, she was in the deepest...

:
Enjoy four sweet and heartwarming stories about home, heart, and reuniting with the ones you love.


Their True Home by Amy Clipston


When Marlene Bawell moved from Bird-in-Hand ten years ago, she was in the deepest of mourning for her mother. Now her family has moved back so her father can seek employment after being laid off. To help save money, Marlene works at the hardware store owned by Rudy Swarey's father. She knew Rudy growing up and had a secret crush on him, though he never seemed to notice her. But just as a friendship between them begins to blossom, her life is once again turned upside down. Will Marlene ever have a chance to find her own true home?


A Reunion of Hearts by Beth Wiseman


Ruth and Gideon Beiler experienced one of life's most tragic events. Unable to get past their grief, the couple abandoned their Amish faith and went in different directions, though neither could bear to formally dissolve the marriage. When their loved ones reach out to them to come home for a family reunion, Ruth has reason to believe that Gideon won't be there. Gideon also thinks that Ruth has declined the invitation. Family and friends are rooting for them to reunite, but will it all be enough for Ruth and Gideon to get past their grief and recapture a time when they were in love and had a bright future ahead of them?


A Chance to Remember by Kathleen Fuller


Cevilla Schlabach, Birch Creek's resident octogenarian matchmaker, is surprised when Richard, a man from her Englisch past, arrives in Birch Creek for a visit. While he and Cevilla take several walks down memory lane, they wonder what the future holds for them at this stage of life-friendship, or the possibility of something else?


At eighteen Hannah Kauffman made a terrible mistake. Her parents and members of her Jamesport Amish community say they've forgiven her. But she feels their eyes following her everywhere she goes with eighteen-month-old Evie. Thaddeus, Evie's father, escaped this fate by running away from Jamesport. Now that Thaddeus is gone, Hannah's old friend Phillip is stepping up to be by her side. He has waited patiently for Hannah to realize just how much he cares for her. But when Thaddeus returns after two years, Hannah can't deny the love she feels for him. Does the fact that Phillip has waited patiently for her all this time mean that she owes him something? Can she trust either one of them? Can she trust herself? She has repented and been forgiven by the One who is most important-her heavenly Father. But is she willing to risk making more mistakes by opening herself up to love?


Each story in this sweet, contemporary collection can be read as a standalone, but the stories are best enjoyed together. Book length: approximately 100,000 words. Each story also includes a reading group guide.