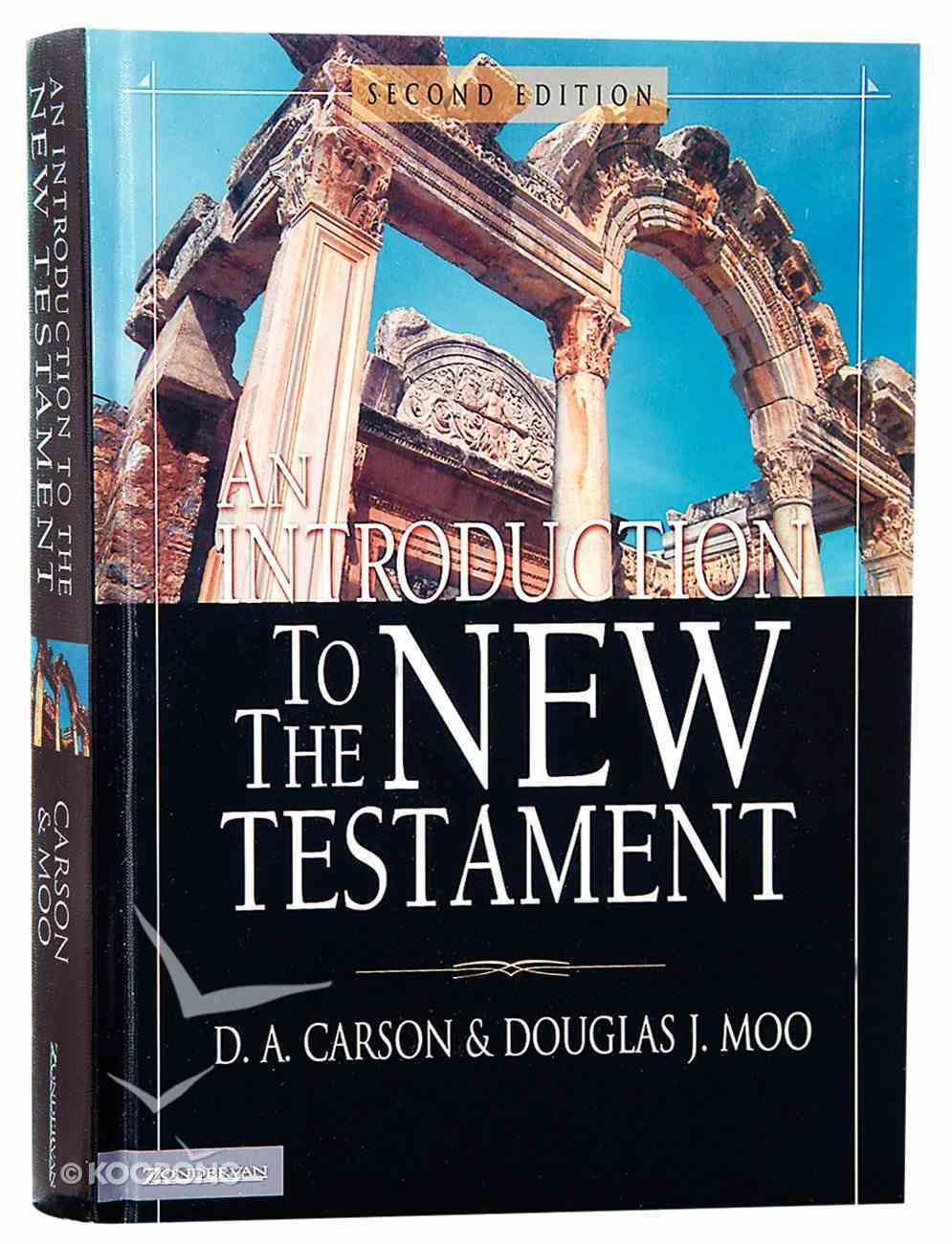 An Introduction to the New Testament (2nd Edition)

21 available
Expected to ship within 14 hours from Australia.
Learn More
Free Shipping
for orders over $99.

An updated and expanded edition of a standard textbook on the New Testament for first- and second-year seminary students.

An Introduction to the New Testament focuses on "special introduction," that is, historical questions dealing with authorship, date, sources, purpose, destination, and so forth. This approach stands in contrast to recent texts that concentrate more on literary form, rhetorical criticism, and historical parallels - topics the authors don't minimize, but instead think are better given extended treatment in exegesis courses.

By refocusing on the essentials, An Introduction to the New Testament ensures that the New Testament books will be accurately understood within historical settings. For each New Testament document, the authors also provide a substantial summary of that book's content, discuss the book's theological contribution to the overall canon, and give an account of current studies on that book, including recent literary and social-science approaches to interpretation. This second edition reflects significant revision and expansion from the original, making this highly acclaimed text even more valuable.

This new edition will help a new generation of students better grasp the message of the New Testament.

An Introduction to the New Testament-Second Edition Copyright 1992, 2005 by D. A. Carson and Douglas J. Moo Requests for information should be addressed to: Zondervan, Grand Rapids, Michigan 49530 Library of Congress Cataloging-in-Publication Data Carson, D. A. An introduction to the New Testament / D.A. Carson and Douglas J. Moo.-2nd ed. p. cm. Includes bibliographical references and index. ISBN-10: 0-310-23859-5 ISBN-13: 978-0-310-23859-1 1. Bible. N.T.-Introductions. I. Moo, Douglas J. II. Title. BS2330.3.C37 2005 225.6'1-dc22 2005005186 This edition printed on acid-free paper. All Scripture quotations, unless otherwise indicated, are taken from the Holy Bible, Today's New International Version. TNIV. Copyright 2001, 2005 by International Bible Society. Used by permission of Zondervan. All rights reserved. The website addresses recommended throughout this book are offered as a resource to you. These websites are not intended in any way to be or imply an endorsement on the part of Zondervan, nor do we vouch for their content for the life of this book. All rights reserved. No part of this publication may be reproduced, stored in a retrieval system, or transmitted in any form or by any means-electronic, mechanical, photocopy, recording, or any other-except for brief quotations in printed reviews, without the prior permission of the publisher. Interior design by Nancy Wilson Printed in the United States of America 05 06 07 08 09 10 11 12 / ?DCI/ 15 14 13 12 11 10 9 8 7 6 5 4 3 2 1 People have been reading and studying the New Testament for as long as its documents have been in existence. Even before all twenty-seven canonical New Testament books were written, some found the interpretation of the available documents more than a little challenging (see the comment of 2 Pet. 3:15-16 regarding Paul). A distance of two millennia, not to mention changes of language, culture, and history, have not made the task any easier. The torrential outpouring of commentaries, studies, and essays across the centuries, all designed to explain-or in some cases, explain away-the New Testament documents, makes the task both easier and harder. It is easier because there are many good and stimulating guides; it is harder because the sheer volume of the material, not to mention its thoroughly mixed nature and, frequently, its mutually contradictory content, is profoundly daunting to the student just beginning New Testament study. This chapter provides little more than a surface history of a selection of the people, movements, issues, and approaches that have shaped the study of the New Testament. The student setting out to come to terms with contemporary study of the New Testament must suddenly confront a bewildering array of new disciplines (e.g., text criticism, historical criticism, hermeneutics), the terminology of new tools (e.g., form criticism, redaction criticism, discourse analysis, postmodern readings), and key figures (e.g., F. C. Baur, J. B. Lightfoot, E. P. Sanders). Students with imagination will instantly grasp that they do not pick up New Testament scrolls as they were dropped from an apostolic hand; they pick up a bound sheaf of documents, printed, and probably in translation. Moreover, the text itself is something that believers and unbelievers alike have been studying and explaining for two millennia. The aim here, then, is to provide enough of a framework to make the rest of this textbook, and a lot of other books on the New Testament, a little easier to understand. Chapter One Thinking about the Study of the New Testament PASSING ON THE TEXT At the beginning of his gospel, Luke comments that "many others" had already undertaken to write accounts of Jesus (Luke 1:1-4). Although some schol
-Publisher

Lessons From the Upper Room: The Heart of the Savior
Sinclair B Ferguson
Paperback

The Ministry of Women in the New Testament: Reclaiming the Biblical Vision For Church Leadership
Dorothy A Lee
Paperback