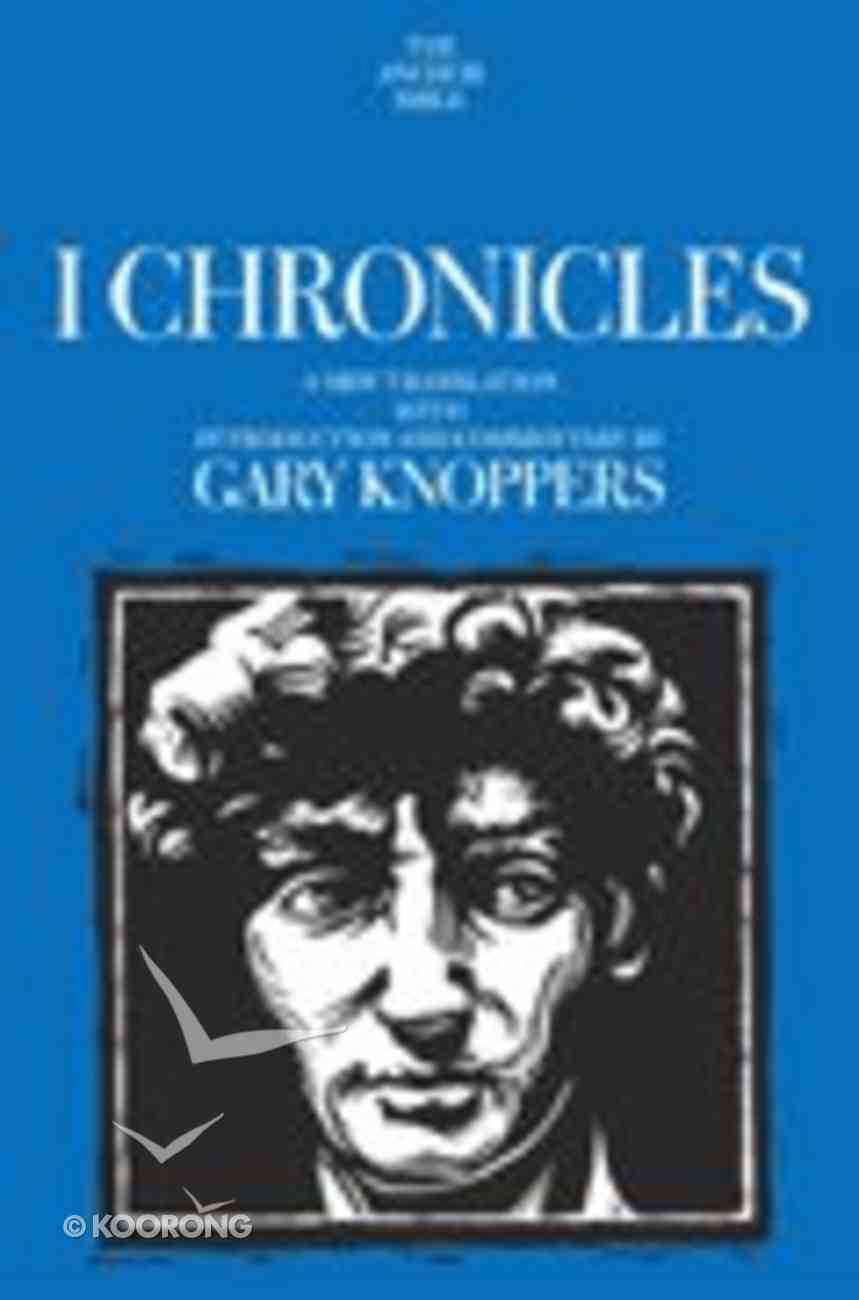 In this latest addition to the esteemed Anchor Bible series, scholar Gary Knoppers examines one of the most neglected book of the Old Testament and establishes its importance as a key to understanding the nation of Israel.

Thru the Bible OT #14: 1&2 Chronicles (#14 in Thru The Bible Old Testament Series)
J Vernon McGee
eBook

In this latest addition to the esteemed Anchor Bible series, scholar Gary Knoppers examines one of the most neglected book of the Old Testament and establishes its importance as a key to understanding the nation of Israel.
-Publisher

In his latest addition to the esteemed Anchor Bible Commentaries, scholar Gary Knoppers examines one of the most neglected books of the Old Testament and established its importance as a key to understanding the nation of Israel. ^Who were the Israelites? Was Israel's first king, Saul, a hero or a disaster? Was David a gifted and accomplished leader or a murderer and a cheat? Did Solomon preside over the most glorious epoch in Israelite history or did he lead the nation into a fateful decline? ^In "I Chronicles, the distinguished scholar Gary Knoppers addresses these questions through a thoughtful and exacting reading of one of the last books of the Hebrew Bible. He shows that Chronicles, which contains a variety of viewpoints on the major events and people, provides a distinct perspective on much of Israel's past, especially the monarchy. He discusses how the chronicler's introduction to the people of Israel redefines Israel itself; explains and defends the transition from Saul to David; and shows how,the Davidic-Solomonic monarchy was not only a time of incomparable achievement and glory, but also the period during which the nations most important public institutions -the Davidic dynasty, the Jerusalem Temple, the priests, and the Levites--took formative shape. ^"I Chronicles, part of a two-volume set, is the first to employ systematically the Dead Sea Scrolls to reconstruct the biblical author's text. Knoppers reveals how Chronicles is related to and creatively drawn from many earlier biblical books, and presents a fascinating look at its connections, in both compositional style and approach, to the historical writings of ancient Mesopotamia and classical Greece. Featuringa new translation and an extensive introduction that incorporates up-to-date research, this volume replaces the Anchor Bible "I Chronicles commentary written by Jacob Myers in 1965.
-Publisher

Gary N. Knoppers, the Head of the Department of Classics and Ancient Mediterranean Studies at Pennsylvania State University, has published widely in biblical and ancient Near Eastern studies. In addition to writing and editing three books, he has authored many articles in such respected scholarly outlets as "Journal of the American Oriental Society," "Journal of Biblical Studies," "Transeuphratene," and "Zeitschrift fur die alttestamentliche Wissenschaft,"