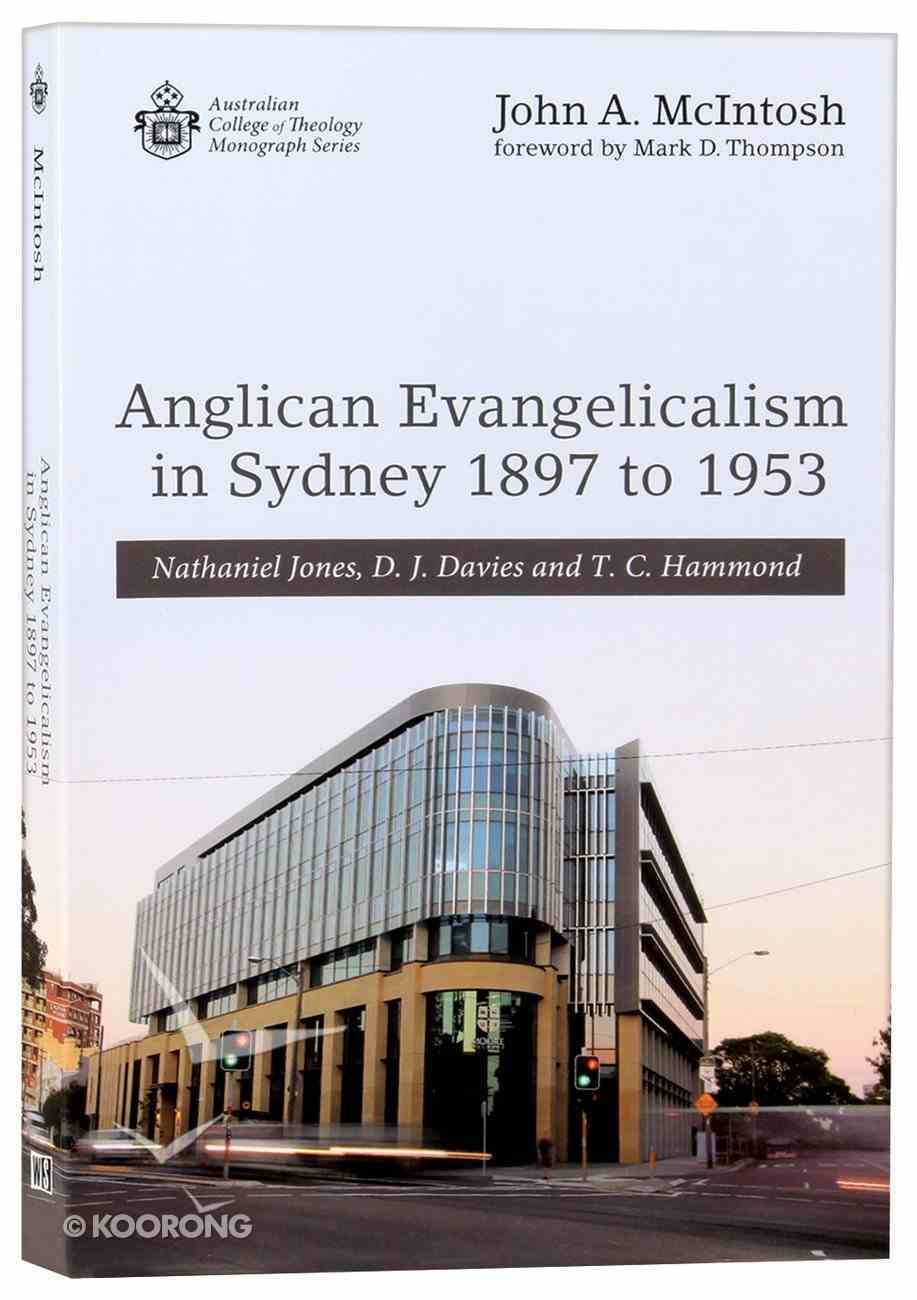 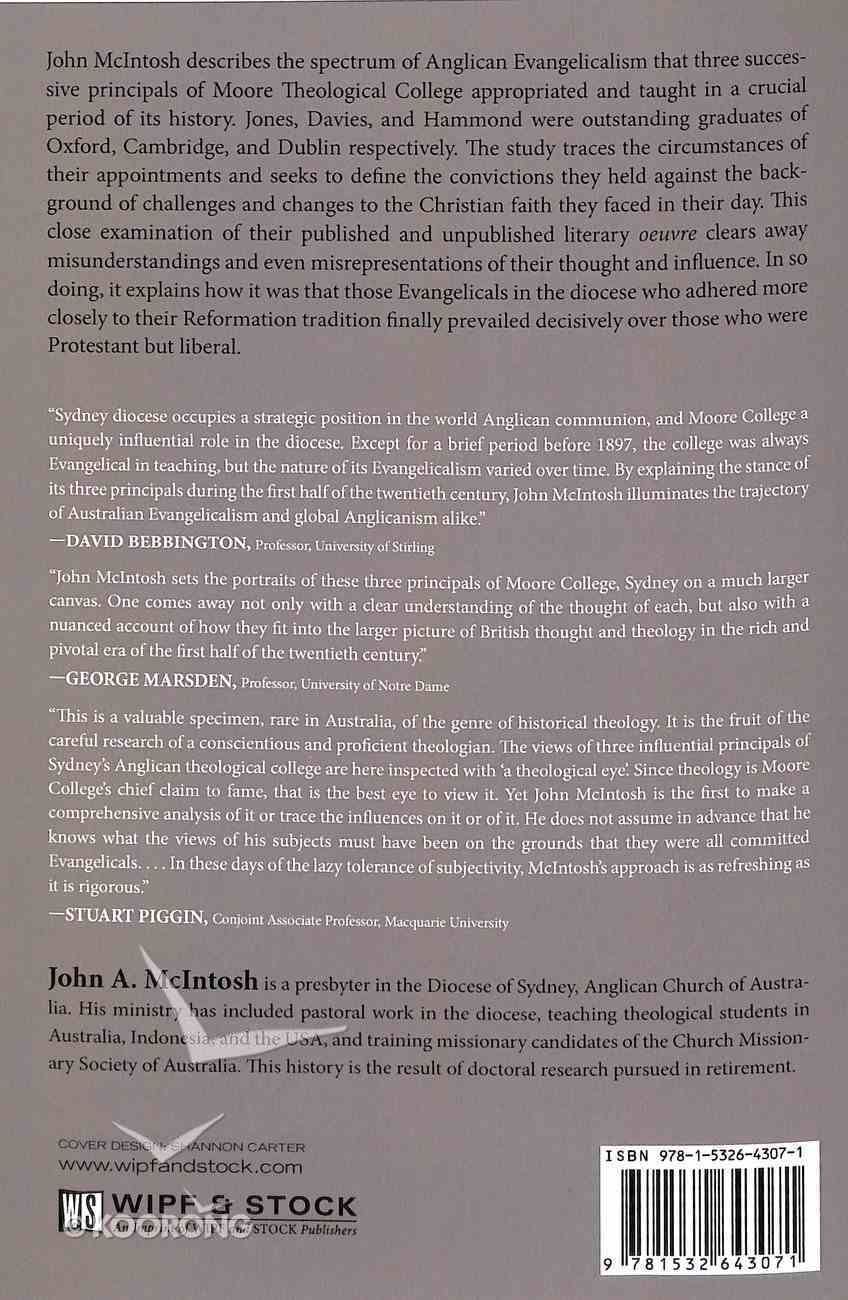 A landmark study of a pivotal period for the Anglican Church in Sydney, during the tenures of Moore College principals Nathaniel Jones, D J Davies, and T C Hammond. John McIntosh explains how a robustly Reformed theology came to prevail...

10 available
Expected to ship within 14 hours from Australia.
Learn More
Free Shipping
for orders over $99.

A landmark study of a pivotal period for the Anglican Church in Sydney, during the tenures of Moore College principals Nathaniel Jones, D J Davies, and T C Hammond. John McIntosh explains how a robustly Reformed theology came to prevail over liberalism in the Sydney Diocese.

John McIntosh attempts to describe more accurately and completely the spectrum of Evangelicalism (Anglican) that three successive principals of Moore Theological College appropriated and taught in the period. Each was an outstanding graduate of Oxford, Cambridge, and Dublin, respectively. The study traces the circumstances of their appointment and seeks to define the convictions they held--against the background of challenges and changes to their Christian faith they faced in their day. A close examination of their published and unpublished literary oeuvre clears away misunderstandings and even misrepresentations of their thought and influence. In so doing it explains how it was that those Evangelicals in the diocese who adhered more closely to their Reformation tradition finally prevailed decisively over those who were Protestant but liberal. ""Sydney Diocese occupies a strategic position in the world Anglican communion, and Moore College a uniquely influential role in the diocese. Except for a brief period before 1897, the college was always Evangelical in teaching, but the nature of its Evangelicalism varied over time. By explaining the stance of its three principals during the first half of the twentieth century, John McIntosh illuminates the trajectory of Australian Evangelicalism and global Anglicanism alike."" --David Bebbington, Professor, University of Stirling ""John McIntosh sets the portraits of these three principals of Moore College, Sydney, on a much larger canvas. One comes away not only with a clear understanding of the thought of each, but also with a nuanced account of how they fit into the larger picture of British thought and theology in the rich and pivotal era of the first half of the twentieth century."" --George Marsden, Professor, University of Notre Dame ""This is a valuable specimen, rare in Australia, of the genre of historical theology. It is the fruit of the careful research of a conscientious and proficient theologian. The views of three influential principals of Sydney's Anglican theological college are here inspected with 'a theological eye'. Since theology is Moore College's chief claim to fame, that is the best eye to view it. Yet John McIntosh is the first to make a comprehensive analysis of it or trace the influences on it or of it. He does not assume in advance that he knows what the views of his subjects must have been on the grounds that they were all committed Evangelicals... . In these days of the lazy tolerance of subjectivity, McIntosh's approach is as refreshing as it is rigorous."" --Stuart Piggin, Conjoint Associate Professor, Macquarie University ""Moore College in Sydney occupies a central place in the history of both Australian Evangelicalism and global Anglican education. John McIntosh's study uncovers a fascinating and neglected part of the story, from the early twentieth-century, full of theological rivalries and intriguing personalities with competing visions for the Anglican evangelical future."" --Andrew Atherstone, Latimer Research Fellow, Wycliffe Hall, University of Oxford It is an honor to write a pastor's appreciation for this feast of a book--meticulous and comprehensive. John McIntosh is a scholar-pastor-missionary who has traced the graph of theological leadership at Moore College in Sydney over a significant half century (1897-1953). If the theological college shapes the pastors who teach the churches which affect the nations this study of a 'rise-fall-rise' in our history has lessons for everyone interested in the vital truth of Jesus Christ and its progress. No-one who reads this can fail to be edified, informed and sharpened. --Simon Manchester, Senior Minister, St Thomas' Anglican Church North Sydney John A. McIntosh is a presbyter in the Diocese of Sydney, Anglican Church of Australia. His ministry has included pastoral work in the diocese, teaching theological students in Australia, Indonesia, and the USA, and training missionary candidates of
-Publisher

Histories and Fallacies: Problems Faced in the Writing of History
Carl Trueman
Paperback