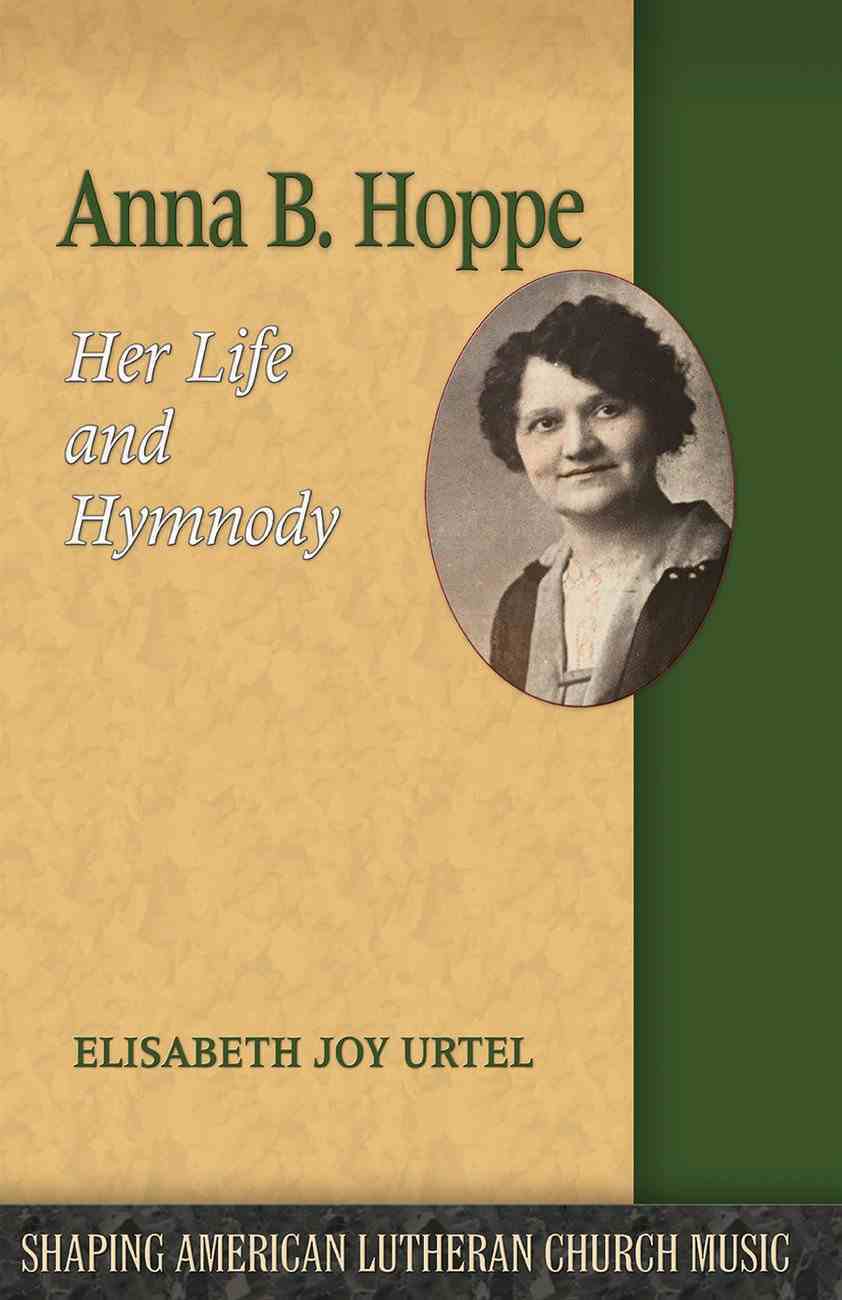 Anna B. Hoppe is one of the most prolific Lutheran hymn writers of the early 20th century. She composed hundreds of hymns along with opinion pieces and devotional writing. All the while, she lived quietly in Milwaukee, working as an...

40 Favorite Hymns on the Christian Life: A Closer Look At Their Spiritual and Poetic Meaning
Leland Ryken
Hardback

Anna B. Hoppe is one of the most prolific Lutheran hymn writers of the early 20th century. She composed hundreds of hymns along with opinion pieces and devotional writing. All the while, she lived quietly in Milwaukee, working as an office secretary and volunteering in various roles at her church. Despite her humble life, she became acquainted with several important Lutheran church musicians and pastors of her day and they, impressed by her work, helped to "spread the news" about her remarkable achievements. Today Lutherans still know her through just a few of her hymns--"O Son of God, in Galilee" (LSB 841, LW 400, LBW 426), "For Jerusalem You're Weeping" (LW 390), and "Rise, Arise" (CW 30). Hoppe's major collection, Songs of the Church Year: Hymns on the Gospel and Epistle d104s and Other Songs (published in 1928 by Augustana Book Concern, 334 pages in hard cover) is still listed on amazon.com, but copies are scarce. You will find in these pages two inspiring stories of perseverance. One is the broader context of Lutherans in America finding their way, making the transition to English, enduring the suspicions of Germans during World War I, most of its members just getting by in hard times. Singled out is the story of Anna Hoppe, unmarried and living with her family, having only a grade school education, working in menial jobs, and serving in her church. But, all the while, also keeping up with the larger issues of the day and of Christianity in the world and finding creative expression of her deeply felt faith in original poems which she humbly offered to the wider Church.
-Publisher