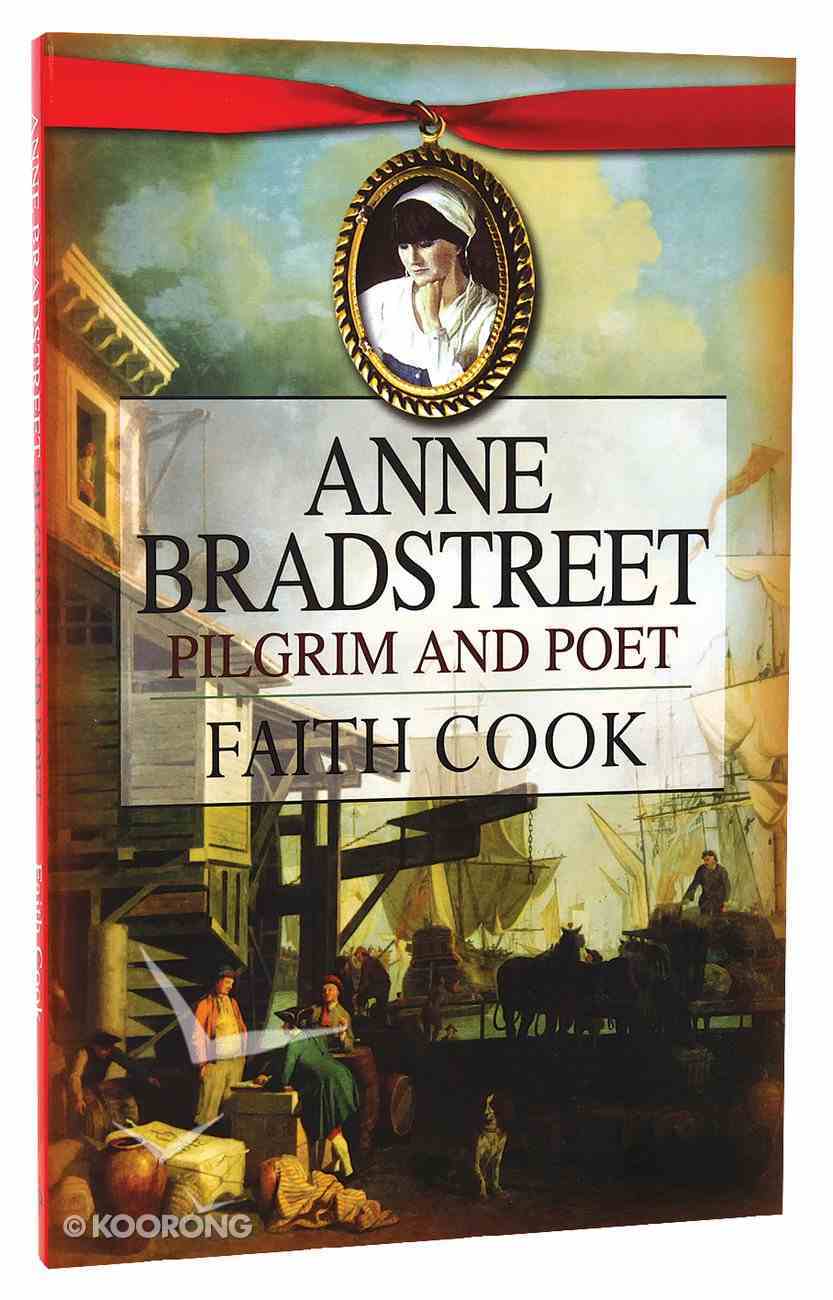 Sailing to the New World at the age of eighteen, Anne Bradstreet was among the first contingent of Puritan refugees to leave English shores between 1630 and 1642, in search of liberty to worship without fear of persecution from state...

Our Hymn Writers and Their Hymns
Faith Cook
Paperback

"Anne of Green Gables," My Daughter, and Me
Lorilee Craker
eBook

Sailing to the New World at the age of eighteen, Anne Bradstreet was among the first contingent of Puritan refugees to leave English shores between 1630 and 1642, in search of liberty to worship without fear of persecution from state or church. Frequently struggling with ill-health, in addition to the challenges of raising a family in the harsh conditions faced by the early settlers, she achieved unexpected fame as America's first published poet, a remarkable feat for a woman in view of the cultural prejudices of the times.

Anne's writings reveal her as a devoted wife and mother, while also expressing the strong spiritual convictions and the biblical truths that shaped America's early laws and underpinned its society. But, above all, Anne Bradstreet viewed the Christian life as a pilgrimage. Her humble dependence on God and her desire to live constantly in the light of a better world yet to come, 'whose builder and maker is God', provide a challenge to our frequently materialistic, earthbound outlook.

'Faith Cook's biography of Anne Bradstreet (1612-1672) is moving, delightful, God-glorifying, and packed with heavenly piety. In it, Bradstreet, America's first published poet, declares that she wrote not 'to show my skill, but to declare the truth, not to set forth myself, but the glory of God'. She exemplifies how a godly woman can balance standing in the limelight through poetry and politics, while raising eight children and battling illness, all the while maintaining a biblical posture of submission and humility. This stirring biography is great reading for men and women of all ages but is a particular gem for young women looking for godly mentors.'
- Joel R. Beeke, President, Puritan Reformed Theological Seminary, Grand Rapids

'Faith Cook continues to prove herself one of today's foremost Christian biographers. I highly recommend it.'
- Tim Challies, author of The Discipline of Spiritual Discernment - www.challies.com

Sailing to the New World in 1630 at the age of eighteen, Anne was among that first contingent of Puritan refugees leaving English shores between 1630 and 1642, an exodus known as The Great Migration. Her upbringing ill-prepared her for the circumstances she met: hunger, privations and death on every hand. Overcoming her early problems, together with cultural obstacles which discouraged women from venturing into academic realms, Anne Bradstreet secretly composed reams of verse. Printed in England without her knowledge or permission, her work brought her unexpected and astonishing fame as she became Americas first published poet one whose works are still in print today. More than this, Annes spirituality, her dependence on God in prayer, her constant desire to live as a pilgrim, evaluating her all: house, family, achievements in the light of that better world to come, is a challenge to our frequently materialistic, earthbound outlook.
-Publisher

Faith Cook was born in China, the daughter of OMF missionaries, and now lives in Derbyshire. She is married to Paul, who has served as a pastor in churches in Northallerton, Shepshed, and Hull. They have five children and ten grandchildren. Faith's powerful novels and biographies bring formative moments of evangelical history to a wide readership, blending vivid drama with well-researched period detail. She is also an accomplished hymn-writer.