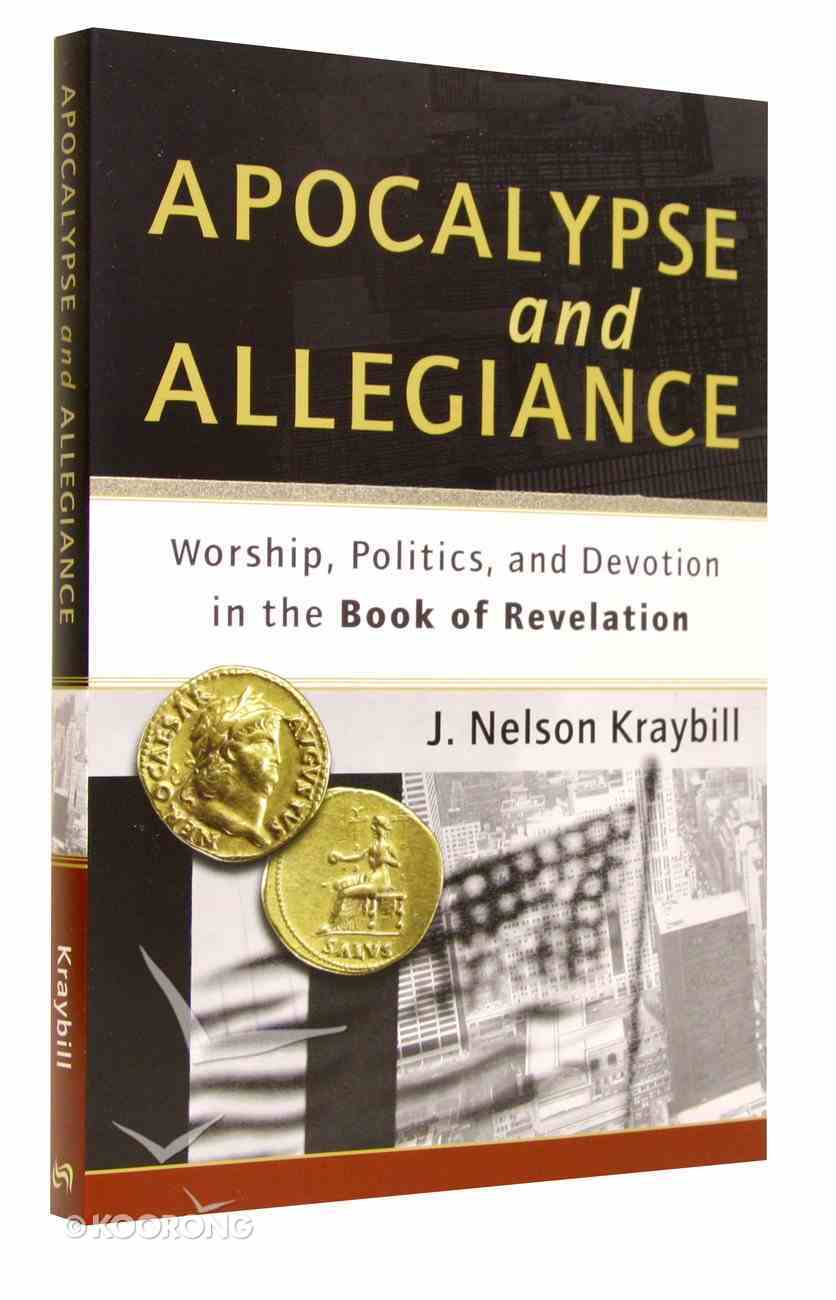 In this lively introduction, J. Nelson Kraybill shows how the book of Revelation was understood by its original readers and what it means for Christians today. Kraybill places Revelation in its first-century context, providing a vivid window into the political,...

In this lively introduction, J. Nelson Kraybill shows how the book of Revelation was understood by its original readers and what it means for Christians today. Kraybill places Revelation in its first-century context, providing a vivid window into the political, economic, and social realities of the early church. His fresh interpretation highlights Revelation's liturgical structure and directs readers' attentions to twenty-first-century issues of empire, worship, and allegiance, showing how John's apocalypse is relevant to the spiritual life of believers today. The book includes maps, timelines, photos, a glossary, discussion questions, and stories of modern Christians who live out John's vision of a New Jerusalem.
-Publisher

In this lively and accessible introduction, J. Nelson Kraybill places Revelation in its first-century historical context, providing a vivid window into the political, economic, and social realities of the early church. He also explores the relevance of John's apocalypse for the spiritual life of believers today by shedding light on twenty-first-century issues of empire, worship, and allegiance. The book is illustrated throughout and includes maps, timelines, and discussion questions."Nelson Kraybill has written a fresh, vigorous, imaginative, demanding exposition of the book of Revelation. He has seen how deeply political the book is and has done superb homework on the Roman governance with which Revelation struggles. But his shrewd historical analysis keeps spilling over into our contemporary life--the life of a military chaplain in Texas, a health-care practice in Indiana, a prison visitor in Nebraska, peacemakers in Palestine, a poet in Japan, the police confounded in South Africa. This way of contemporaneity helps us engage this 'most dangerous book in the Bible.' Readers will be grateful to Kraybill for his agility that continues to surprise and summon as we read."--Walter Brueggemann, Columbia Theological Seminary"Few today would doubt the political perspective of the book of Revelation, but which perspective: that of fatalism, or that of active witness and resistance? Writing from the distinctive perspective of the Anabaptist tradition, Nelson Kraybill creatively juxtaposes ancient and contemporary history to illuminate the way this remarkable vision both troubles the complacent and inspires resistance to conformity in the quest for a better world."--Christopher Rowland, University of Oxford"Though the study and practice of Christian worship has long been deepened by the canticles of Revelation 4, 5, and 7, the rest of the book is rarely engaged in many communities. This provocative volume confronts this neglect and helps us imagine the importance of worship practices that are prophetic, countercultural, and deeply aware of the cosmic significance of the claim that Jesus is Lord."--John D. Witvliet, Calvin Institute of Christian Worship, Calvin College and Calvin Theological Seminary
-Publisher

J. Nelson Kraybill (Ph.D., Union Theological Seminary) has served as the president of Associated Mennonite Biblical Seminary and has taught the book of Revelation for over twenty years on four continents. He is the author of Imperial Cult and Commerce in John's Apocalypse and Apocalypse and Allegiance: Worship, Politics, and Devotion in the Book of Revelation and lives in Elkhart, Indiana.