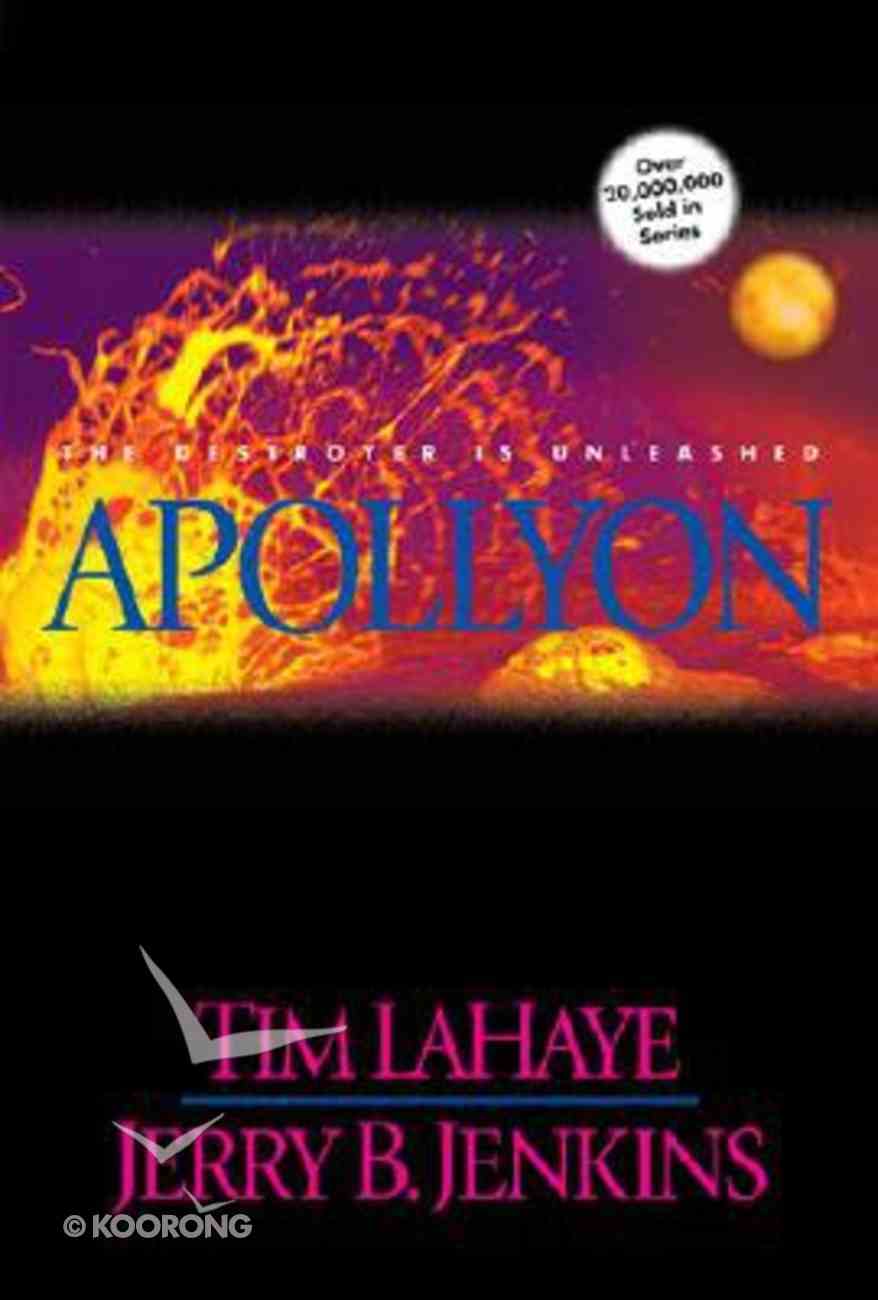 Apollyon (#05 in Left Behind Series)

The fifth exciting title in the bestselling LEFT BEHIND series of apocalyptic novels will fascinate and captivate newcomers and fans alike. It is the most shocking portrayal yet in the continuing drama of those left behind after the Rapture. 403...

The Rising (Prequel #01) (#00A in Left Behind Series)
Tim Lahaye, Jerry Jenkins
Paperback

The fifth exciting title in the bestselling LEFT BEHIND series of apocalyptic novels will fascinate and captivate newcomers and fans alike. It is the most shocking portrayal yet in the continuing drama of those left behind after the Rapture. 403 pages, from Tyndale.

The world holds its breath as the Tribulation Force ventures to Jerusalem for the great Meeting of the Witnesses. Tens of thousands of the 144,000 witnesses prophesied in Scripture meet at Teddy Kollek Stadium to sit under the teaching of their pastor-teacher, Tsion Ben-Judah.^Rayford Steele and Buck Williams, charter members of the Force, have gone from employees of Nicolae Carpathia to international fugitives. Rayford, finally discovering the shocking truth about Amanda, must flee before the grand conference begins. The two witnesses at the Wailing Wall proclaim warnings to the "one who sits on the throne of the earth", and Carpathia himself makes a surprise appearance at the stadium.^The Tribulation calendar moves ever closer to the halfway point, which the two witnesses call "the due time". Meanwhile, the fourth Trumpet Judgment strikes the solar system, crippling life on earth.^The next three judgments are to be so much worse than anything that has come before that an angel flies aboutheaven, warning the earth of the three woes. The fifth Trumpet Judgment -- a plague of scorpionlike locusts led by Apollyon, chief demon of the abyss -- is so horrifying that men try to kill themselves but are not allowed to die.
-Publisher

Best-selling authors Tim LaHaye and Jerry B. Jenkins deliver a great page-turning combination of fiction and prophecy in the fifth book in the Left Behind series, "Apollyon." The Tribulation Force travels to Israel for the Meeting of Witnesses as further judgments are released upon the world. Satan falls from heaven and opens the bottomless pit, releasing "Apollyon" and his plague of locusts that torture the unsaved. "Apollyon" is a thriller that will be tough to put down.
-Publisher