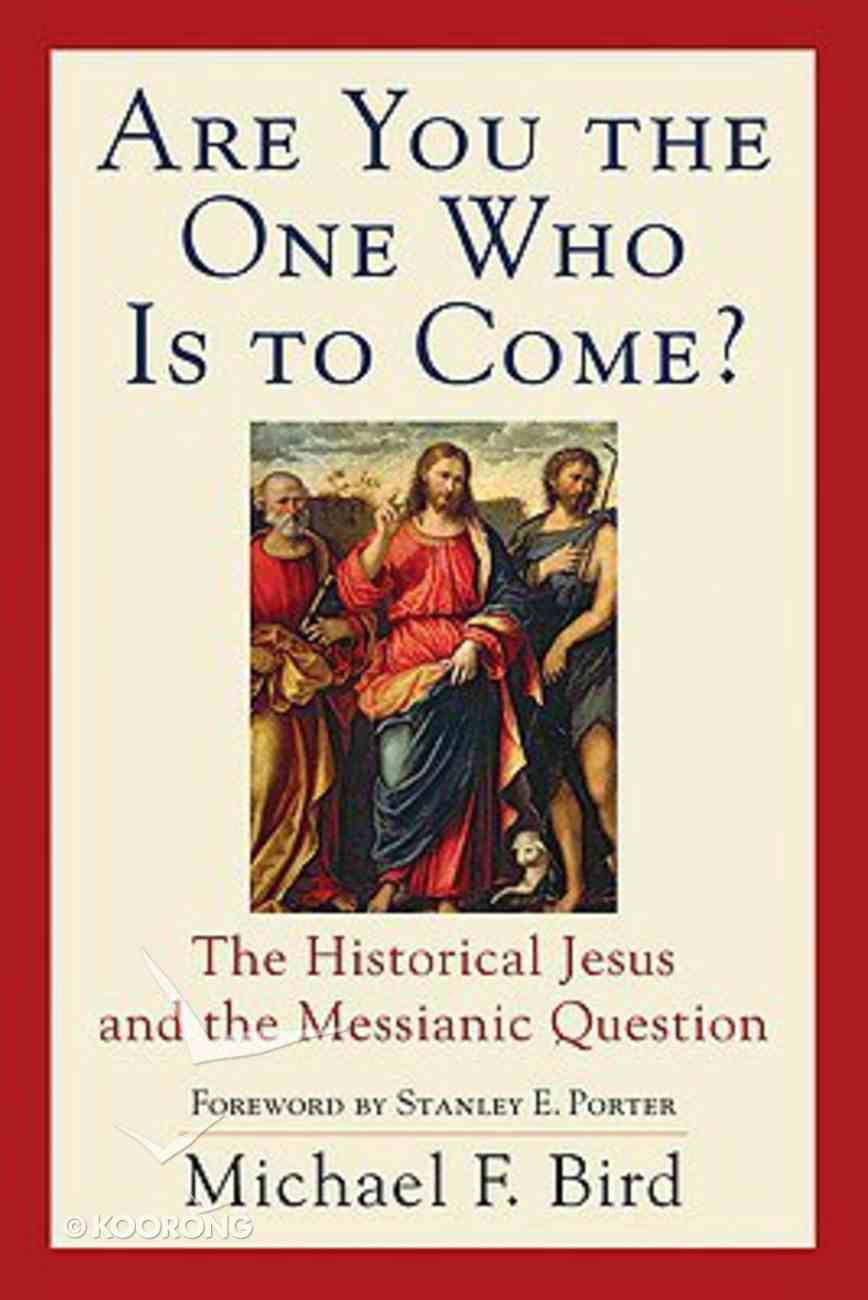 Are You the One Who is to Come?

"Jesus understood himself as designated by God as the Messiah of Israel." This thesis may strike many historical-Jesus scholars as dangerously bold. But through careful study of the Gospels, Second Temple literature, and other period texts, scholar Michael Bird makes...

Are You the One Who is to Come?
Michael F Bird
eBook

"Jesus understood himself as designated by God as the Messiah of Israel." This thesis may strike many historical-Jesus scholars as dangerously bold. But through careful study of the Gospels, Second Temple literature, and other period texts, scholar Michael Bird makes a persuasive argument that Jesus saw himself as performing the role attributed to the messiah in the Scriptures of Israel and believed that Israel's restoration hinged on the outcome of his ministry.
^^Bird begins by exploring messianic expectations in the Old Testament and in Second Temple Judaism, finding in them an evolving messianism that provides historical context for Jesus' life and teaching. Next, he examines the prevailing contention that the messianic claim originated not with Jesus himself but in the preaching of the early church. Bird argues that such contentions lack cogency and often skew the evidence. Examining the Gospels and related literature, he then shows that what Jesus said and did demonstrates that he believed he was Israel's messiah. His career was "performatively messianic" in a way that shows continuity in eschatological terms between Israel and the church.
-Publisher.


Did Jesus claim to be the long-awaited "messiah"? Going against much contemporary scholarship, Australian scholar Michael Bird argues that he did. He begins by exploring the messianic expectations in the Old Testament and Second Temple Jewish literature. Next, Bird points out weaknesses in current arguments that "Messiah," or "Christ," was a title given to Jesus by the early church but not used by Jesus himself. Bird then examines the Gospels and related literature, finding in Jesus's words and actions evidence that he saw himself as the messiah described in the Scriptures of Israel and believed that Israel's restoration hinged on the outcome of his ministry.
-Publisher

"Michael Bird tackles a question central to historical Jesus research and to understanding the development of the Christian confession: Who did Jesus say that he was? Thoroughly conversant with the extensive history of scholarship, Bird applies a rigorous critique to the dominant arguments used against attributing a messianic self-understanding to Jesus. He builds a substantial case for Jesus's messianic self-understanding by analyzing the words explicitly spoken on this topic by or about Jesus during his earthly ministry and by examining the deeds Jesus chose to enact and the roles he would have been understood--and would have understood himself--to embody by these deeds. Bird brings a fresh perspective and keen mind to this debate, painting a historically plausible picture of a Judean well versed in current messianic paradigms who crafted a ministry that reflected both an awareness of acting as God's end-time agent and a particular understanding of what that agent was to accomplish."--David A. deSilva, Ashland Theological Seminary"Michael Bird has written one of the clearest and most compelling treatments of Jesus and the messianic question that I have read. Ancient literature and modern literature are alike handled with great expertise and excellent judgment. Readers will find no long-winded, specious theories propounded here. On the contrary, this book lays out the evidence fairly and with economy and then consistently reaches sensible conclusions. In the end, Bird goes where the evidence takes him, concluding that Jesus understood himself as Israel's Messiah, which explains the nature of the name of the movement that arose in the aftermath of Easter. I recommend this book highly."--Craig A. Evans, Acadia Divinity College"Bird offers a robust defense of what might be called a 'neo-conservative' position on Jesus's self-understanding. This book will appeal to scholars from a range of perspectives due to the vast amount of ancient source material covered in detail along with an array of important modern sources. Students and scholars wanting a detailed but accessible entry into this key topic in historical Jesus studies would do well to start with Are You the One Who Is to Come?"--James Crossley, University of Sheffield
-Publisher


He has written The Saving Righteousness of God: Studies on Paul, Justification and the New Perspective (Paternoster Biblical Monographs); A Bird's Eye View of Paul; Jesus and the Origins of the Gentile Mission (Library of New Testament Studies); Are You the One Who Is to Come?: The Historical Jesus and the Messianic Question; Colossians (New Covenant Commentary); Crossing over Sea and Land: Jewish Missionary Activity in the Second Temple Period and Romans (Regula Fidei Zondervan Commentary series)
Koorong -Editorial Review.

Four Portraits, One Jesus: An Introduction to Jesus and the Gospels
Mark L Strauss
eBook