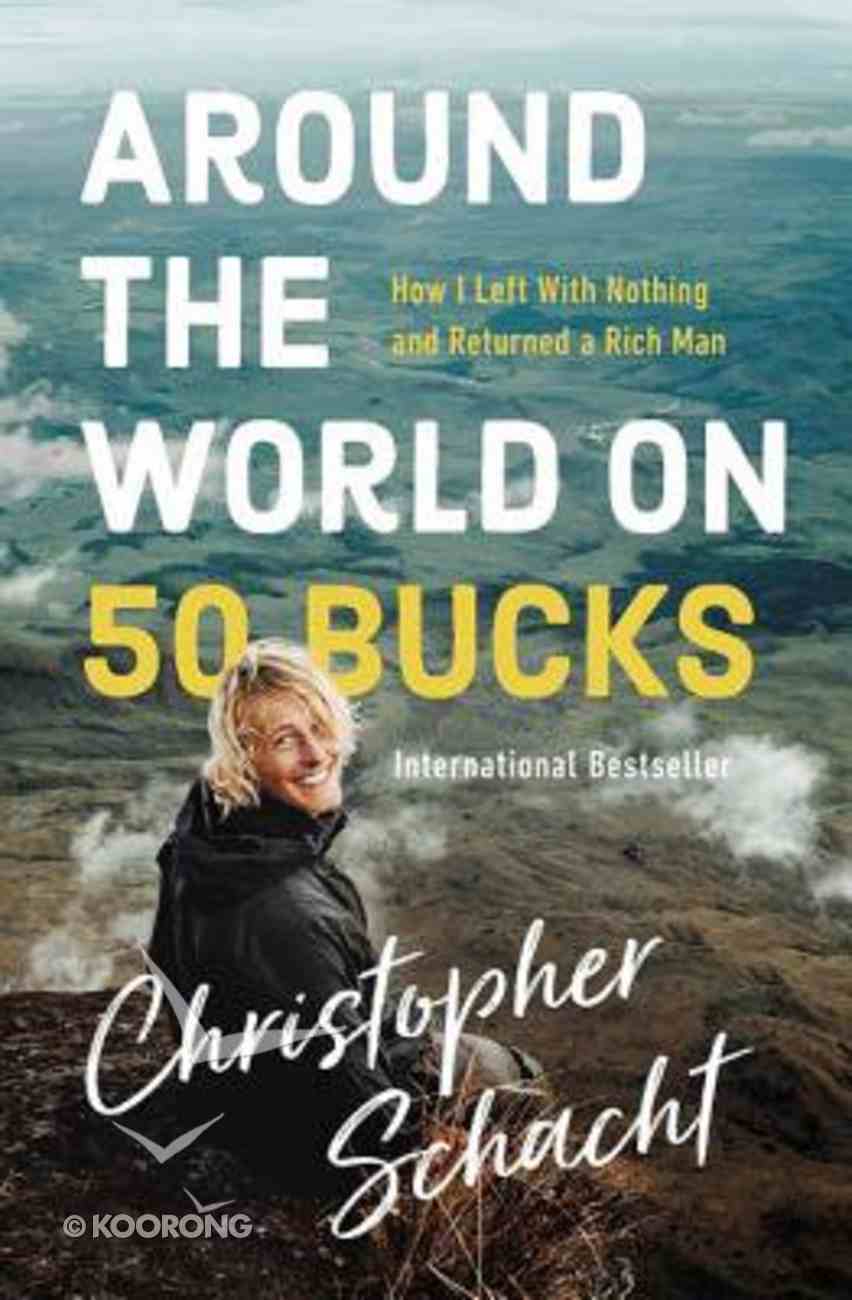 Around the World on 50 Bucks: How I Left With Nothing and Returned a Rich Man

: Christopher Schacht shares his incredible experiences, revealing what he has learned along the way about life, love, and God, describing touching and bizarre encounters and insights that aren't found in any travel guide. Christopher Schacht was only nineteen...

28 available
Expected to ship within 6 hours from Australia.
Learn More
Free Shipping
for orders over $99.

Around the World on 50 Bucks
Christopher Schacht
eBook

Can't Nothing Bring Me Down: Chasing Myself in the Race Against Time
Ida Keeling, Anita Diggs
Hardback

:
Christopher Schacht shares his incredible experiences, revealing what he has learned along the way about life, love, and God, describing touching and bizarre encounters and insights that aren't found in any travel guide.


Christopher Schacht was only nineteen years old and had just finished his apprenticeship when he put a dream into motion. With only 50 euros in savings, he traveled around the world, relying only on his friendliness, flexibility, charm, and willingness to work for his shelter and food.


Christopher traveled for four years, visiting 45 countries and traversing 100,000 kilometers on foot, hitchhiking, and on sailboats. He has earned his living as a jeweler, locksmith, au pair, and fashion model. He lived among aborigines and drug dealers and has journeyed through the most politically unstable areas of the Middle East.


"My plan was not to have a plan, just live without schedules and time pressure, where I could stay in places that I enjoyed until I was ready to move on."

Christopher Schacht, born 1993, grew up in the village of Sahms near Hamburg in northern Germany. His father is a Lutheran minister, and he has two siblings - nbsp;a twin brother (who is the exact opposite of him!) and a younger sister. After graduation Christopher had a full scholarship in computer science waiting for him, but he decided instead to embark on a trip around with world with only 50 Eurso in his pocket, no credit card, no backup plan, and no schedule or itinerary. His only provisions were an adventurous spirit, a positive attitude, a bright smile, and the willingness to embrace what lay ahead nbsp;- whatever people, traditions, cuisine, and work opportunities that came his way. In 4 years, nbsp;he travelled to over 45 countries and covered over 60,000 miles walking and hitchhiking, not once using a plane (who knew you can hitchhike across oceans?). Along the way, he encountered many different cultures, fascinating landscapes, dangerous adventures, great hospitality - and the Maker of all the greatness. And he also met the love of his life, Michal. After his return to Germany in September 2017, Christopher began to study Theology near Frankfurt. His book about his unusual journey was an instant success in Germany. Christopher and Michal married in June 2018 and are ready to face whatever new adventure life has in store for them.

Around the World on 50 Bucks
Christopher Schacht
eBook