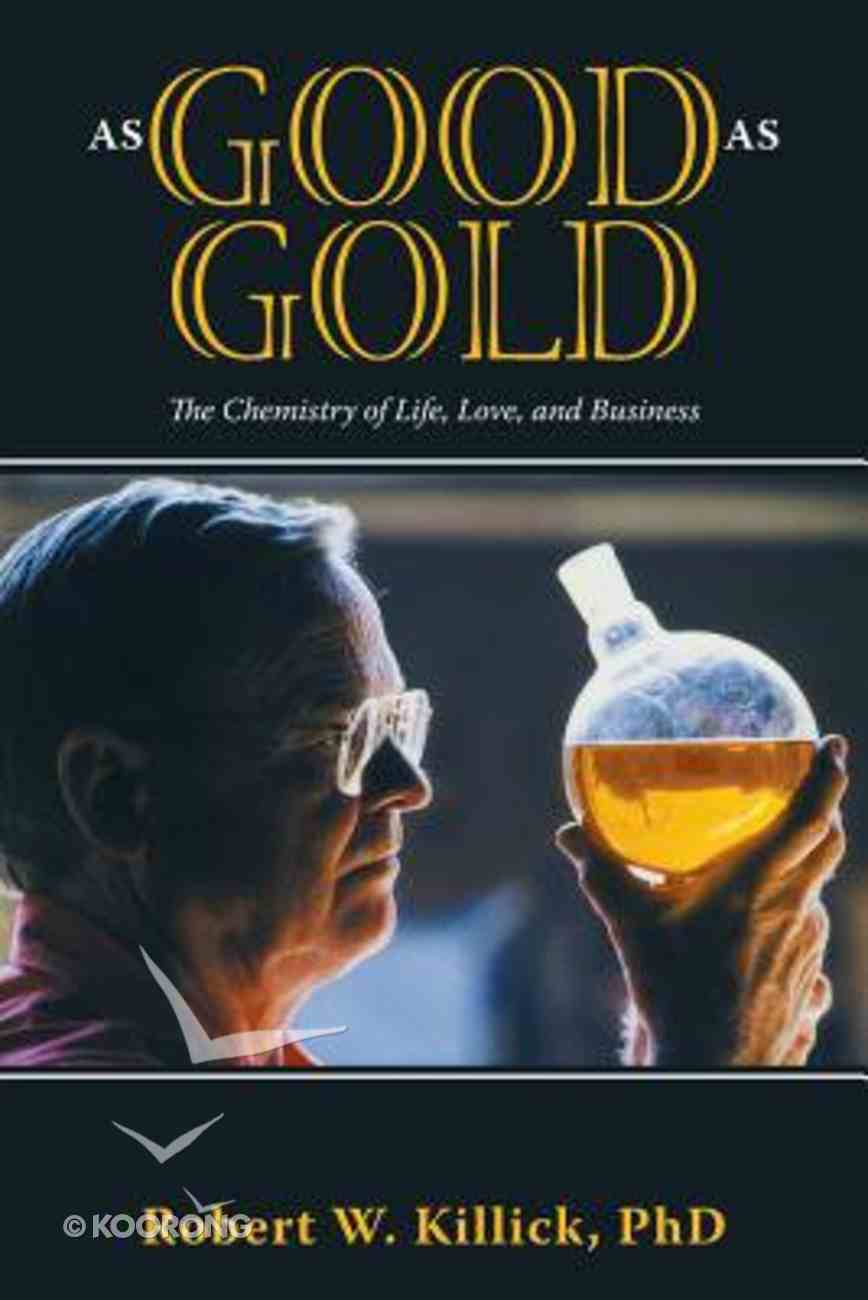 As Good as Gold: The Chemistry of Life, Love, and Business

After losing his job in 1983, Australian chemist Robert Killick, a father of three, and his wife Judy, a part-time teacher, decided to buy a 50-year-old chemical plant in Melbourne and go into business for themselves. Although the plant had...

For This Cause: Against All Odds
Nascosta Incristo, Trish Coombes
Paperback

Called Out: Why I Traded Two Dream Jobs For a Life of True Calling
Paula Faris
Hardback

A Higher Calling: Faith and Politics in the Public Square
Don Bonker
Paperback

After losing his job in 1983, Australian chemist Robert Killick, a father of three, and his wife Judy, a part-time teacher, decided to buy a 50-year-old chemical plant in Melbourne and go into business for themselves. Although the plant had "one foot in the grave and the other on a banana skin," writes Killick in his introduction, "... we reached the point where the grave was filled in whilst the banana proved to be a good fertilizer." The Killicks would find success through the production of "Ee-muls-oyle" - an oil used in the raisin-drying process - and travelled the world selling their products. Eventually, they sold the plant and upgraded to a much better facility. As Killick recounts the ups and downs of growing his chemical business over several decades, he talks about his early life, his Christian faith, and his fruitful marriage to Judy (they refer to their partnership as "the Punch and Judy Travelling show") - all with an endearingly offbeat sense of humour.

Bob W. Killick, an organic chemist, shares his extraordinary journey from unemployment to unlikely entrepreneur in this inspiring memoir.


After losing his job and being told repeatedly he was too qualified to be hired, he came up with a creative solution -- team up with his wife to buy, mainly on borrowed money, a fifty-year old decrepit chemical factory.


The venture meant getting up at five o'clock each morning and traveling across town to work with a team determined to build a multi-million dollar business in a cutthroat industry. Along the way, they developed environmentally-sound products and with sweat and tears obtained several international patents.


At the helm of the Victorian Chemical Company, he'd take a proactive approach to growing a business--never letting a good, clean joke get in the way of an international business deal.


Join Bob, his wife, and his team on an exciting ride that proves that you can achieve extraordinary business success while maintaining your integrity and adhering to Christian principles.