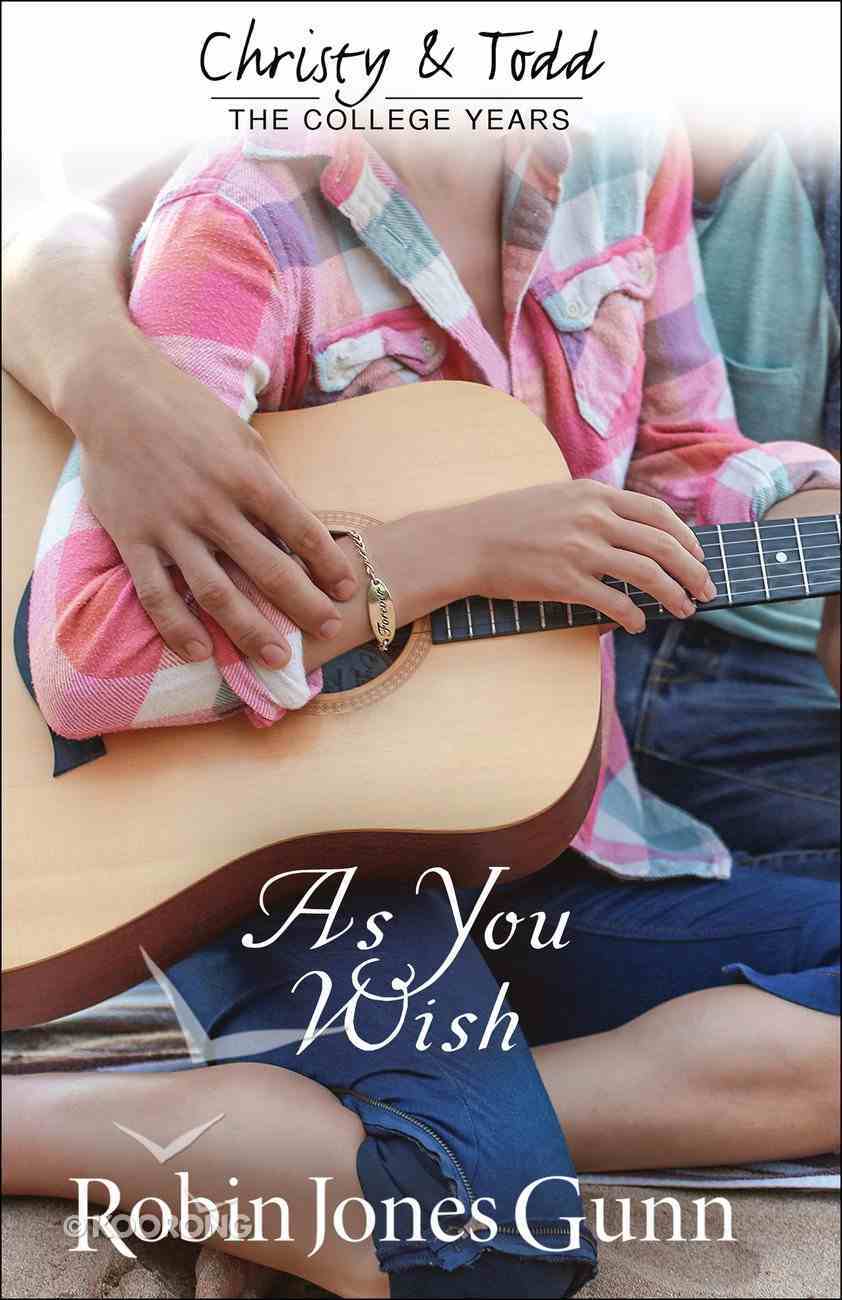 As You Wish (#02 in Christy And Todd Series)

Back in the U.S. after a year abroad, Christy is reunited with her friends. When a couple close to her ends their marriage, it causes her to rethink her relationship with Todd. Will life turn out like she wishes? Christy...

Curious as to what could keep these girls away from the sun, surf and guys, Robin borrowed three of their books. As she read them, her heart broke. They were not the kinds of stories these girls should be reading! After the camping trip Robin went to her Bible bookstore and bought every book she could find that she thought would be interesting for the girls and have a good influence on them. The teens read all the books in a week and asked for more. "There aren't any more," Robin told them. "That was all I could find." The teens challenged Robin by saying, "Then you write some for us. We'll even tell you what to write!"

She has now written over 50 books, including THE CHRISTY MILLER SERIES, which has sold more than one million copies. A storyteller at heart, she is also a popular speaker and an active youth worker. Robin lives with her family in Oregon.

The Next Chapter in Christy Miller's Unforgettable Life!

More than a million readers have picked up books in the The Christy Miller Series making Robin Jones Gunn's newest series, Christy and Todd: The College Years, an eagerly awaited continuation to Christy's life. Featuring longer reads and college-age characters, these books will meet the enjoyment of readers young and old.

As You Wish is the second book of the series following the well-received Until Tomorrow. In As You Wish, Christy is finally back in the country after finishing her year abroad. Together with her friends at Rancho Corona University her junior year is everything she's hoped for--sharing a dorm with her best friend and seeing Todd every day.

But then the painful break-up of her friends' marriage causes Christy to pull back and seriously evaluate her deepening relationship with Todd. Above all, she wants to be clear on what God wants her to do with her future before she makes a lifelong commitment to anyone.

Naturally, everyone has advice for Christy's life, including Sierra, Uncle Bob, and even her younger brother. The most helpful guidance, however, comes from a surprising source. Will Christy and Todd at last become engaged? Does life ever turn out as we wish it would?
-Publisher