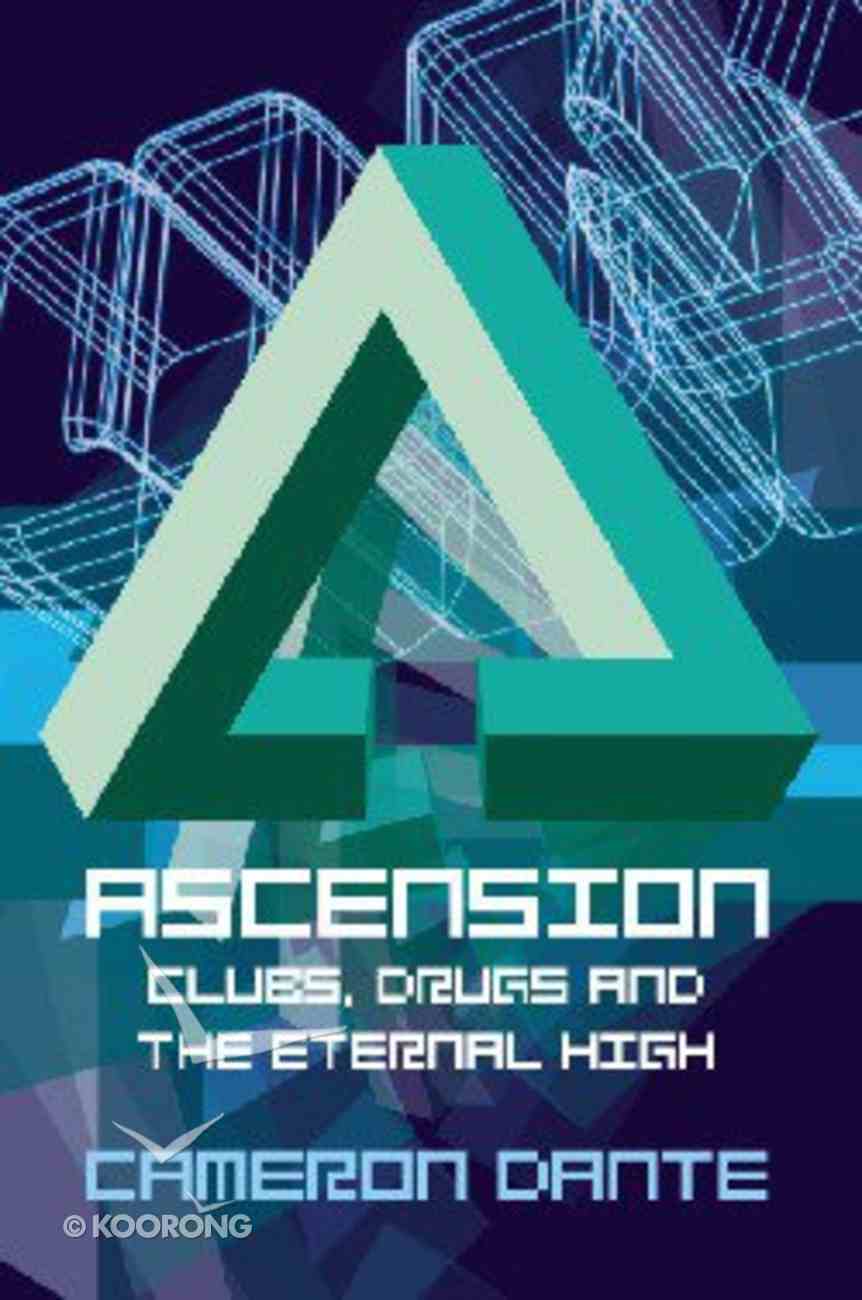 Cameron Dante offers the real story of what goes on in clubs, from the era of Acid House to the Ibiza boom and beyond. He has led a checkered life. He has been a gang member, a champion break-dancer, homeless,...

Cameron Dante offers the real story of what goes on in clubs, from the era of Acid House to the Ibiza boom and beyond. He has led a checkered life. He has been a gang member, a champion break-dancer, homeless, a top DJ and a rapper with songs in the Top Ten. As the pressures of fame grew, Cameron took to drugs as a means of coping. A resident in Ibiza, he saw it all, from the wild parties to prisons and gun fights. As the drugs on the scene got harder, he started to see deaths among his friends. His life of success and excess led to a crisis point in which he finally asked himself where his life was going: would he end up dead on the street after a cocaine fix, or was there something more? Cameron Dante's story takes us through an unforgettable era exploring clubs, drugs and the eternal high.
-Publisher

PlaybackThis is me. Decks in front, crouched down between two spinning globes, life moving at the perfect bpm. The time it takes for the next record to play through could well be the time it takes to tell my story: the journey from early days in the pram to present-day Cam has been long, but not so long that I couldn''t burn, roll and pack it down into a tastily packaged four-minute affair. But that''d be no fun. Cam''s always had an ear for a good tale, and I might as well put it to good use here. Pay attention at the back! I''ll be asking questions afterwards ...''And the trams are running slow today due to industrial action.'' Sorry about that. Handing out traffic information is one of the perks of the job. I''m bolted into a six by eight sound-proofed booth at Kiss 102. It''s 7.15 a.m. and ...''It''s 7.15. It''s Saturday morning and you''re listening to Cameron Dante on Kiss 102 FM. This is Robert Owens.''Another perk. My mind wanders while I''m in here. There''s something about the set-up that acts as fertilizer for the imagination. I find myself going off on all sorts of mental day-trips: just last week I spent the entire three-hour slot trying to dream up decent names for any kids I might have in the future. Kid Infringement Happy Dante. Maybe not.This is week three of my incarnation as Cameron Dante, Weekend Breakfast Show DJ, and so far the slot hasn''t been too bad. It all started when, just a few weeks ago, I got asked to take over the Sunday morning show, the Holy Graveyard as the producer called it. Yeah, it was nice to be asked, but then again I suppose there wasn''t that much competition for the gig. I didn''t kill anyone during those first few shows and they offered me this Saturday gig as well. Perhaps not the best slot a DJ could hope for, but still, the way I see it is that this is a chance to ramble on about pretty much what I want in between playing my favourite tunes. And if nothing else it''s a decent way of keeping in touch with your mates.''Big shout out to the Old Skool Vinny.''I got the slot for a couple of reasons. First I can mix. It wasn''t always the case, and my first experiences of being in a DJ booth were far more Club 18-30 than I''d like to admit. I was there, leading the chant for the conga, judging the assets for the wet T-shirt competition. Not nice. But it got better with time, and by 1989 I was a fully signed up member of the baggy scene. No more singalongs and sticky dance floors for Cam; the club scene had got me by the short and curlies and there was no way I was going back. E, Hacienda, service stations ... you know the script.I got the first gig with Kiss 102 because I''ve tasted the eternal high. Never used to be bothered about it before, despite the roots. Nah, all that sort of stuff was something that I''d left at the bottom of the wardrobe along with the school books and waffle jumpers. The way I played it for most of my life was on a solely Me First tip. What happened? Well, let''s just say things changed a month ago. Confused? Relax; it''ll all come clear in the end.A light on the desk tells me there''s a phone call coming in. I''m still a bit new to the technology so I hope whoever it is doesn''t want to be put through on air. Check the record; Bobby Owens is still offering eternal friendship and it looks like he''ll be at it for a good 30 seconds yet. Just time for a quick chat.''Cameron speaking.''''Awlrightmate?'' An impression of a Mancunian drawl that camp could only come from one person.''Ian, you old queen.'' I guess right.''Get that handbag anthem off the radio and put on some real tunes.''End of conversation. I like Ian. He keeps things simple. He''ll have just got home having enjoyed a night and three quarters soaking up the highs and lows with the rest of the Canal Street mafia. It''s becoming a little ritual we have; he gets home early Saturday morning, puts on the radio and calls me with some specific abuse. I strike back.''And there''s another letter in this week from Ian in Strangeways, asking to hear Shanic
-Publisher

Craig Borlase is the author of The Naked Christian (RELEVANT Books). He has written and co-written more than 14 books with authors including Mike Pilavachi, Cameron Dante and Delirious?. The Chorleywood, England, native has worked in publishing and led worship for Soul Survivor, and now lives in London with his wife and daughter.
Craig Borlase (craigborlase.com) is a bestselling British author and
collaborative writer of more than forty books. He specializes in dramatic
memoir driven by faith. His most recent book is 10,000 Reasons with Matt
Redman (David C Cook,August 2016), and his next releases are Fleeing ISIS
Finding Jesus with CharlesMorris (David C Cook, January 2017) and Finding
Gobi with Dion Leonard (ThomasNelson, summer 2017).