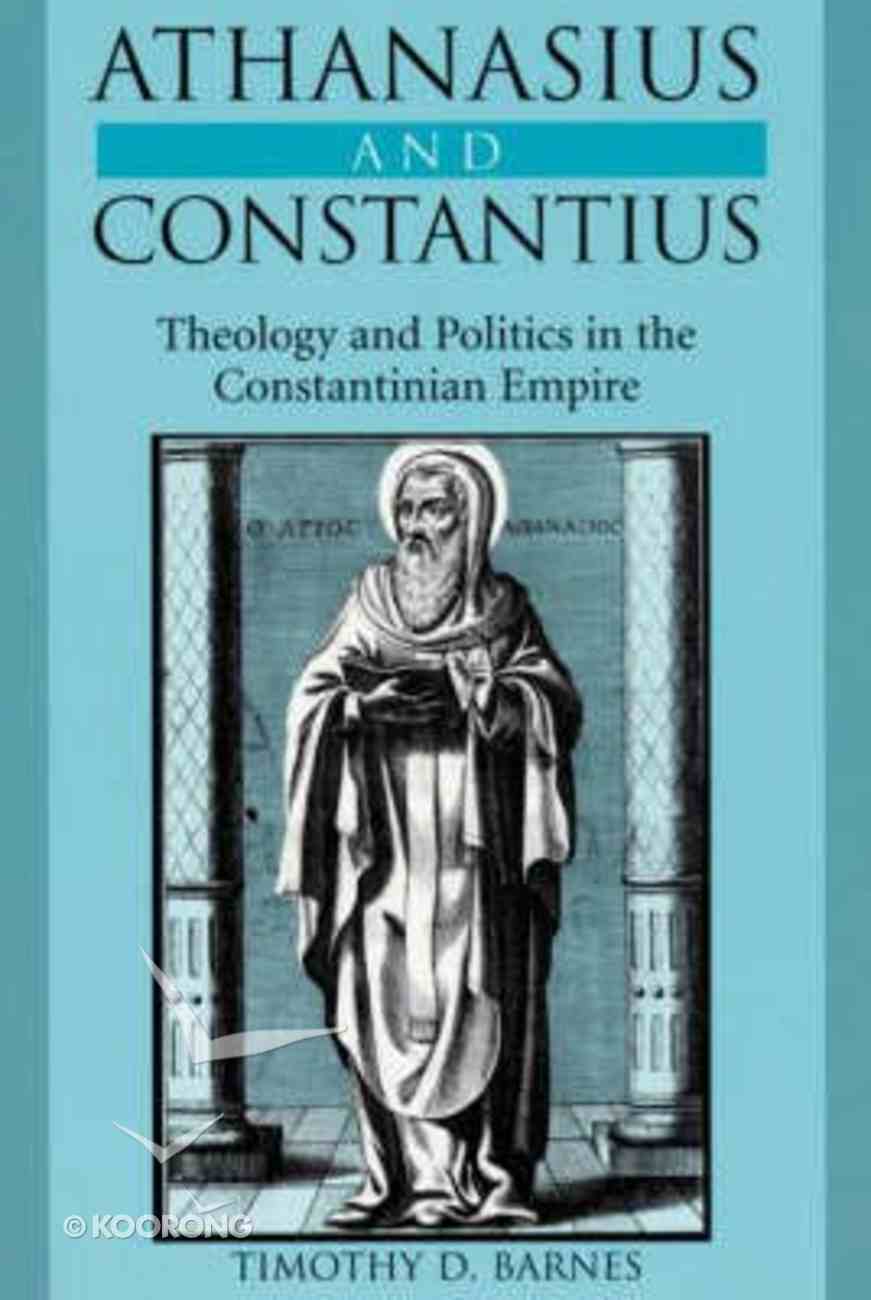 Athanasius and Constantius: Theology and Politics

Edward Gibbon described Athanasius as a man whose character and abilities would have qualified him, far more than the degenerate sons of Constantine, for the government of a great monarchy. During his long tenure of the see from 328 to...

Edward Gibbon described Athanasius as a man whose character and abilities would have qualified him, far more than the degenerate sons of Constantine, for the government of a great monarchy. During his long tenure of the see from 328 to 373, the Bishop of Alexandria came into conflict with four Roman emperors - Constantine himself, his son Constantius, Julian the Apostate, and the Arian Valens. In this reconstruction of Athanasius's career, Timothy Barnes analyzes the nature and extent of the Bishop's power, especially as it intersected with the policies of these emperors. The life and writings of this combative figure - so central to the political struggles, theological controversies, and ecclesiastic developments of the fourth century - constitute an important chapter in the history of the early Christian church and the late Roman Empire.;Barnes focuses on Athansius's long struggle with Constantius, who ruled the East from 337 to 361, a struggle amply documented in the works that Athanasius composed to defend himself against charges of treason and murder. Repeatedly condemned and deposed by church councils, the Bishop persistently resurfaced as a player to contend with in ecclesiastic and imperial politics. Barnes's work reveals that Athanasius's writings, though a significant source for this period, are riddled with deliberate misrepresentations, which historians through the ages have uncritically accepted. Untangling longstanding misconceptions, Barnes aims to reveal the Bishop's true role in the struggles within Christianity, and in the relations between the emperor and the church at a critical juncture. As this book strives to demonstrate, religious policy and ecclesiastic politics were a constant and central concern to the emperors of the fourth century - despite their absence from many historical accounts.
-Publisher

An indispensable chart for the tricky waters of fourth-century history. [Barnes>] has written another classic.
-Publisher