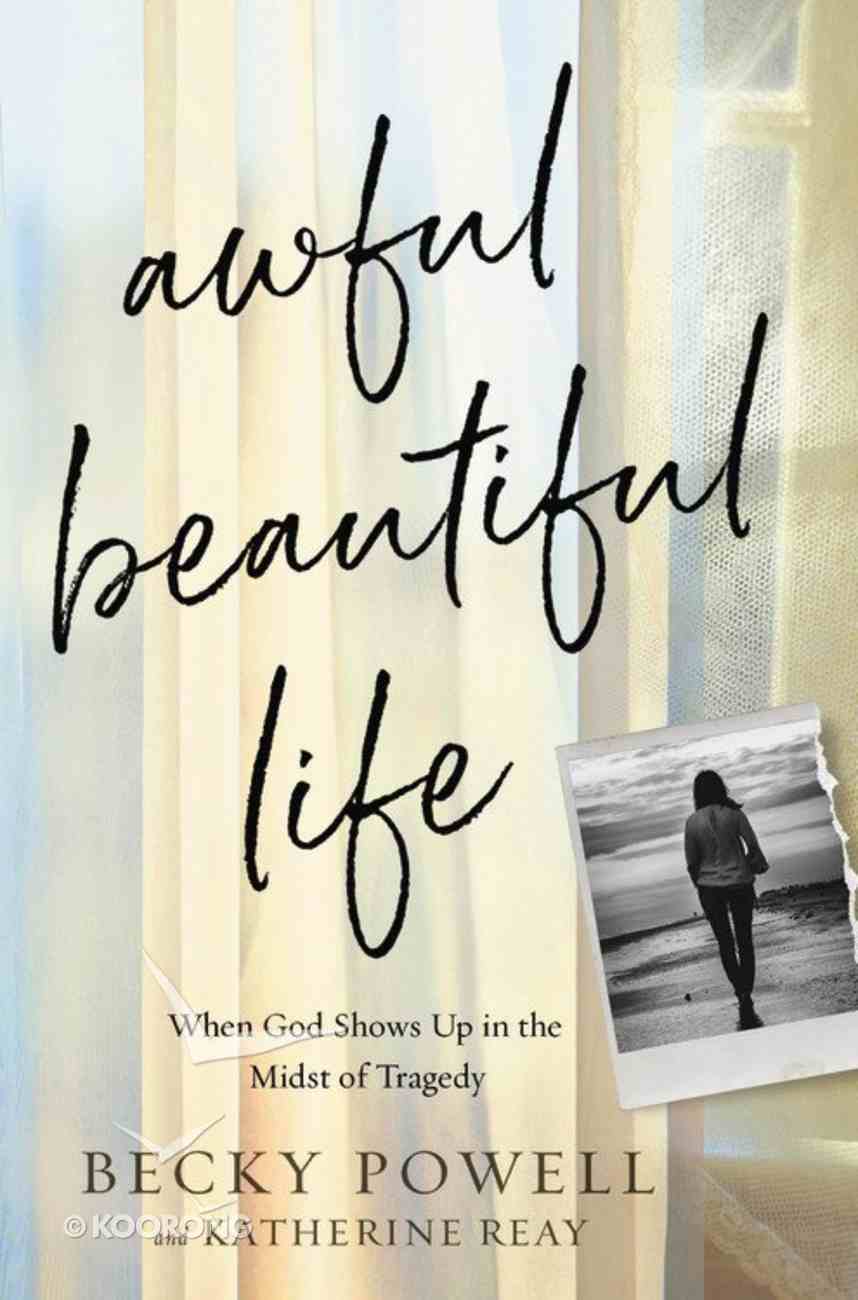 Aweful Beautiful Life: When God Shows Up in the Midst of Tragedy

: A gripping story of grace, faith, and triumph for a woman whose world shattered hours after her husband's suicide. Rebecca Powell faced the unthinkable on May 13, 2013. Her husband Mark called and...

Finding Your Way After the Suicide of Someone You Love
David B Biebel, Suzanne L Foster
eBook

:
A gripping story of grace, faith, and triumph for a woman whose world shattered hours after her husband's suicide.


Rebecca Powell faced the unthinkable on May 13, 2013. Her husband Mark called and said, "I've done something terrible." Within hours, she learned that he had taken his own life and, over a period of several years, millions of dollars from friends and colleagues. Everything she believed to be true, the very fiber of her marriage, was called into question. Within a week, rather than planning carpool runs and volunteer fundraisers, she owed almost one hundred creditors millions of dollars and had her own team of ten lawyers. She was also the subject of open FBI, SEC and DOJ investigations-and faced potential criminal charges. And, although she instantly denounced every cent of Mark's $15M in life insurance and promised to repay every penny taken, her lawyers knew that in reality she faced years of court battles and lawsuits, and possible jail time.


Yet from that first horrific moment, God was there. He showed up in his Word, in Rebecca's friends, in her lawyers and in the generosity of those around her. He worked miracles. CNBC, the Wall Street Journal, Forbes and others covered the first moment, but what about the last? What about the story in which God gives your next breath because you can't find it on your own? What about the story of a mom and three kids trying to make sense of their pasts, present and future while living under a microscope?


AWFUL BEAUTIFUL LIFE is Rebecca's journey through the two years surrounding Mark's death and how she overcame. It came down to a loving God who surrounded her, a present and dedicated family, and friends, who made her life, offered her sanctuary and showed up for her and her kids in tangible ways. This is a story of remarkable grit, strength and what the Body of Christ in action looks like.

Katherine Reay has enjoyed a life-long affair with the works of Jane Austen and her contemporaries. After earning degrees in history and marketing from Northwestern University, she worked as a marketer for Proctor & Gamble and Sears before returning to school to earn her MTS. Her works have been published in "Focus on the Family" and the "Upper Room". Katherine currently lives with her husband and three children in Seattle. "Dear Mr. Knightley" is her first novel.