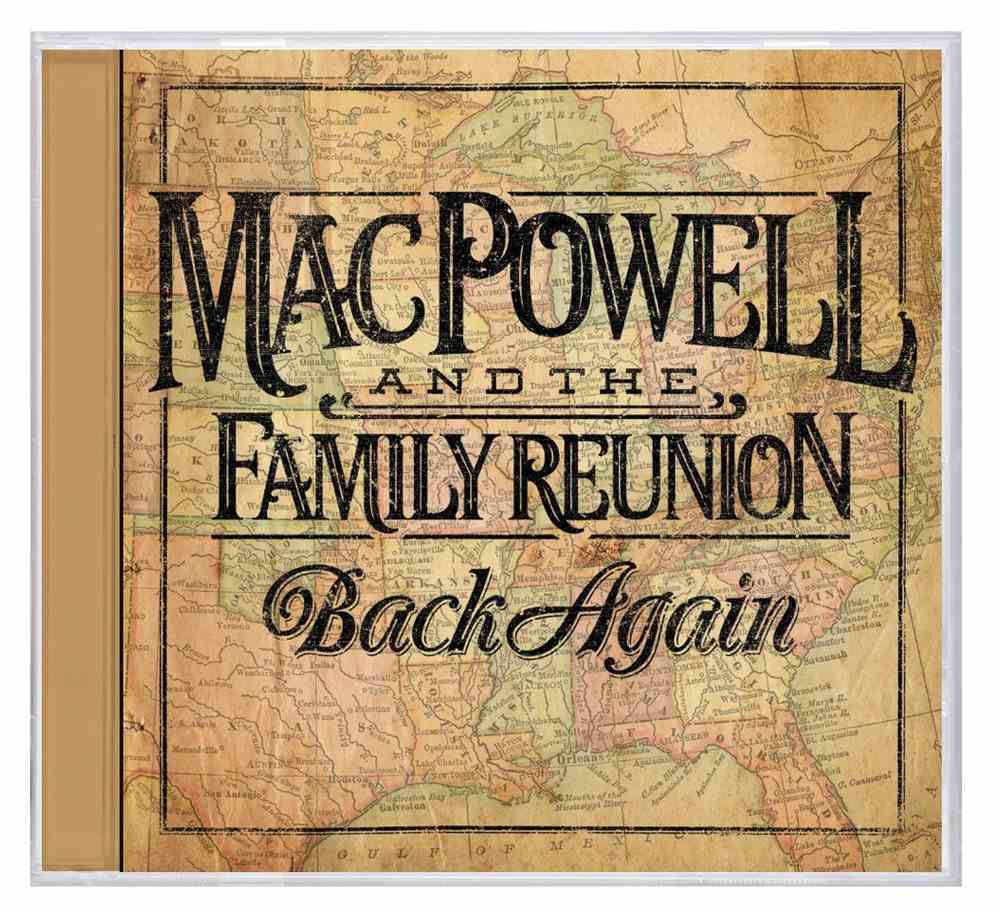 It's also an apt description for the group's new album Back Again. But don't consider Mac Powell and the Family Reunion a clean break from Powell's musical past - it's merely a continuation of a creative journey the singer started a few years back on his own. You could even say the seeds for his new solo endeavor were planted in the singer's early childhood.

"Like most people, I grew up listening to my Mom and Dad's record collection," says Powell. "There was singer-songwriter stuff, some country and southern rock. I always liked artists like Creedence Clearwater Revival, James Taylor, The Eagles, or even the Stones who weren't country per se, but who sometimes leaned more towards that sound. That's what was stirring my mind and my spirit."

To that end, he formed Mac Powell and the Family Reunion after Third Day's final shows in 2018, utilizing musical "brothers" who had been recording and playing live with Mac in support of his other solo projects (including eventual Back Again producer/musical director Jason Hoard). "My favorite artists were always solo artists with great bands," says Powell. "I always think of Tom Petty and the Heartbreakers or Springsteen and the E Street Band. I always wanted that - to be a solo artist but be in a band. It's about finding that balance."

Recorded in Atlanta, Powell and his bandmates purposely kept a raw edge to the record. "We want to keep the energy of our live show," he says. "It's not like other records I've worked on where it was more like building a house and stacking things on top of each other."

Back Again is being released in conjunction with Thirty Tigers, a Nashville-based entertainment company that's home to Jason Isbell, Lucinda Williams, the Avett Brothers and other independent Americana artists.

To further support the record Powell and band plan on doing what they love and hitting the road with a consistent touring schedule sharing Back Again tunes, along with a few choice covers and influences (think Tom Petty, Everly Brothers, Hank Williams) and, yes, some Third Day favorites. This is certainly a live show not to miss!

So while Powell still acknowledges his prior success (and the millions of fans he and his former bandmates built over 25 years), Back Again marks the singer's here and now. "This is my new direction and the future as I see it," says the singer. There's a new energy here. I feel like we're building this thing together and all becoming part of this new Family."