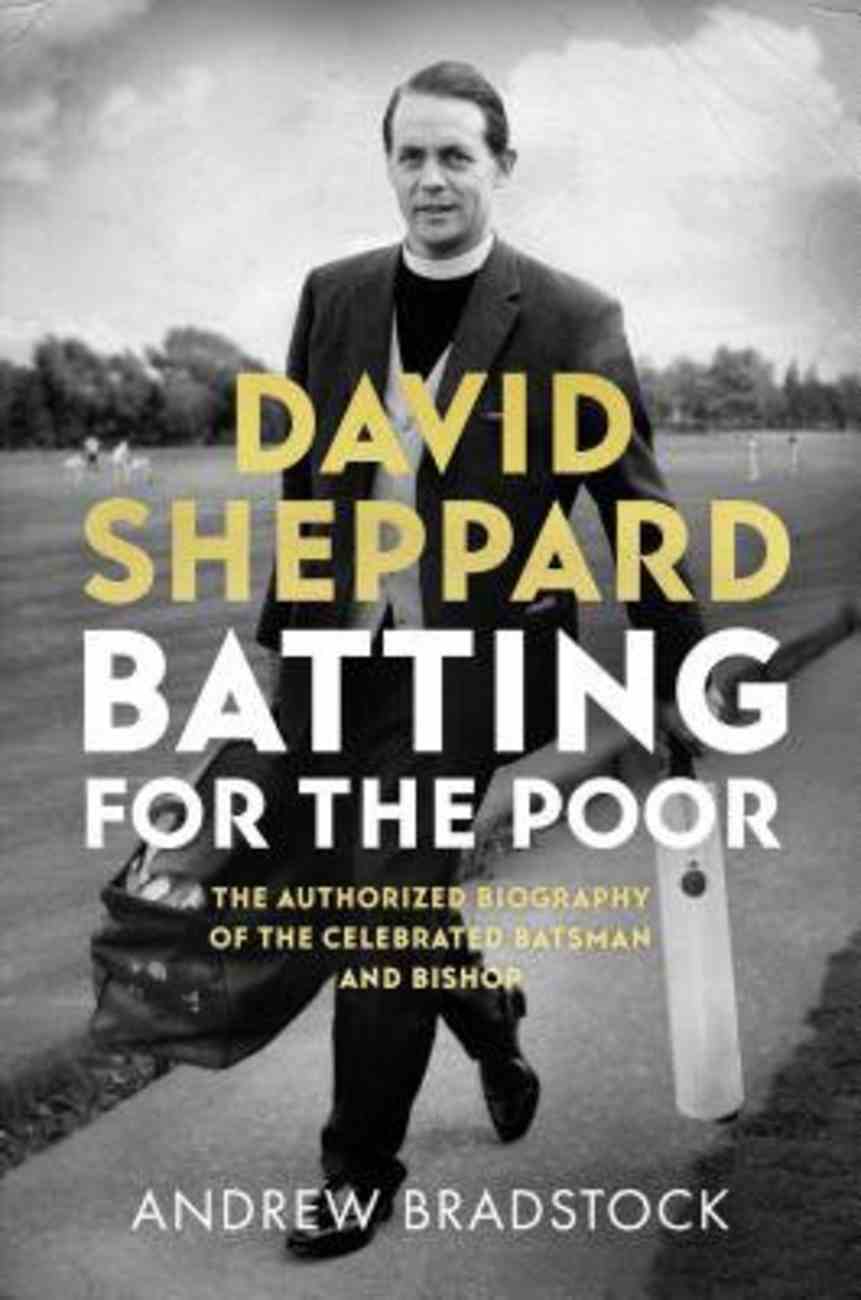 Batting For the Poor: The Authorized Biography of David Sheppard

Sheppard first came to prominence as a cricketer in the 1950s. An opening batsman and competent close fielder, he was selected for the England side while still an undergraduate at Cambridge, and later captained his country. His total of 1,581...

9 available
Expected to ship within 2 hours from Australia.
Learn More
Free Shipping
for orders over $99.

The Chicken Runs At Midnight: A Daughter's Message From Heaven That Changed a Father's Heart and Won a World Series
Tom Harry Friend
Hardback

Pass It on: Discover the Greatness of Giving Back
Deshaun Watson
Hardback

What is a Girl Worth?
Rachael Denhollander
eBook

Sheppard first came to prominence as a cricketer in the 1950s. An opening batsman and competent close fielder, he was selected for the England side while still an undergraduate at Cambridge, and later captained his country. His total of 1,581 runs in the 1952 season, and 14 centuries in a university career (1950-52), remain records for varsity cricket today. Appointed captain of his county side, Sussex, for the 1953 season, he led them to second place in the County Championship, their highest position to that date. In the 1960s Sheppard was a leading figure in the campaign to sever sporting links with South Africa, a crucial factor in the ending of apartheid. He was a leading critic of the MCC over its handling of the `D'Oliveira affair' in 1968/9. Converted to evangelical Christianity at a university mission in his first year at Cambridge, Sheppard was ordained into the Church of England in 1955. His curacy in Islington gave him a passion to serve the church in the inner-city, a calling which he fulfilled as warden of the Mayflower Centre in Canning Town, east London, for the following twelve years. His work at the Mayflower is still regarded as ground-breaking in terms of reaching inner-city communities with the Christian message. Among the many initiatives it spawned were the Frontier Youth Trust and the Evangelical Urban Training Project (now Unlock). Following his appointment as Bishop of Woolwich in 1969, Sheppard further developed his commitment to inner-city ministry, focusing in particular on improving race relations within the diocese, particularly south London. In 1974 he published a major text about his work in urban areas, Built as a City (Hodder & Stoughton). It was as Bishop of Liverpool from 1975-97 that Sheppard made his biggest mark. In a city where the historical divisions between Catholics and Protestants had led to it being described as a `mini-Belfast', Sheppard forged a pioneering ecumenical partnership with Archbishop Derek Worlock, his Roman Catholic counterpart. Both worked tirelessly to revive the fortunes of the city, then beset by high unemployment and economic decline, and to bring reconciliation and hope to its people. During a 20-year partnership Sheppard and Worlock, with the free church leaders, helped break down not only religious divisions in the city but those between the unions and industry, the police and the black community, and the Militant-led council and Thatcher administration. During the Toxteth riots in 1981 the bishops worked with politicians, police and community leaders to broker a just peace. Following the tragic death of 96 Liverpool fans at Hillsborough football stadium in 1989, they played a significant role in healing tensions and bringing comfort to those bereaved. The bishops' advocacy of Liverpool to Government ministers, and ongoing discussions with local business leaders, played a major role in attracting investment and business to the city. By the time of Sheppard's retirement in 1997 the turnaround in Liverpool's fortunes was such that it could seriously consider bidding to become a European City of Culture, a status it achieved in 2008. Sheppard's consistent calls for measures to address poverty, unemployment, poor housing and racial injustice attracted constant media attention and kept him on the national stage. He was courted assiduously by the press, radio and TV for his views on topics of national concern as well as `religious' questions. His appearances on current affairs programmes brought his thoughtful and judicious opinions to a mass audience, earning him respect even from those who did not share his faith. Sheppard also achieved national profile through his writing, his public lectures, his chairmanship of the Church of England's board for social responsibility, and his involvement with reports such as Faith in the City (1985), Something to Celebrate (on family life, 1993) and Unemployment and the Future of Work (1997). The first of these, an investigation into conditions in Britain's inner cities which some in the Thatcher administration saw as a direct attack on its policies and allegedly dismissed as `Marxist theology', exacerbated an already difficult relationship between Church and government. It did, however, result in a number of long-term initiatives, including the Church Urban Fund, aimed at improving conditions in Britain's inner cities. In 1991 Sheppard was seriously considered for Archbishop of Canterbury following the retirement of Robert Runcie. Following his retirement in 1997 Sheppard was, unusually for a diocesan bishop, awarded a life peerage, and he played an active role in the Lords, and as a writer, speaker and preacher, until his death in 2005. His memorial service in Liverpool's Anglican cathedral was attended by more than 3,000 people, and in 2008 a specially-commissioned sculpture depicting him and Archbishop Worlock was unveiled in the city. The biography draws not only on the closed collection of papers left by Sheppard in Liverpool Central Library, but archival material stored by various institutions connected with his life. These include Sherborne School; his Cambridge colleges, Trinity Hall and Ridley Hall; St Mary's Church, Islington; Sussex County Cricket Club; the MCC; and the Mayflower Family Centre. The author is also conducting interviews with more than 150 individuals who knew and worked with Sheppard at different stages of his life, and draws on material already in the public domain.
-Publisher

<P>Andrew Bradstock works for the United Reformed Church, London.<BR><P>Christopher Rowland is the Dean Ireland Professor of the Exegesis of Holy Scripture at Queen's College, University of Oxford."<BR><P>"

David Sheppard: Batting For the Poor- the Authorized Biography of the Celebrated Cricketer and Bishop
Andrew Bradstock
Paperback