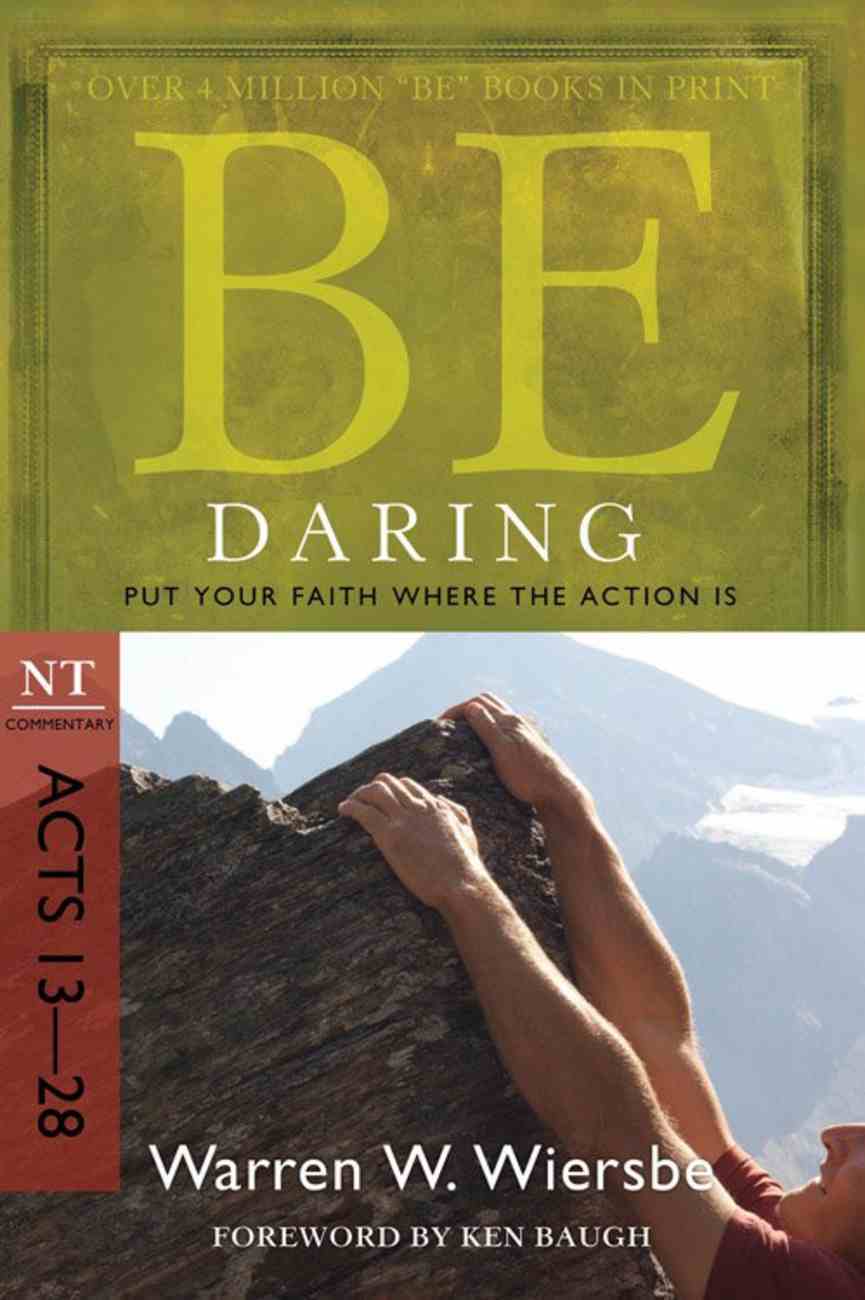 In his motivational sequel to Be Dynamic (Acts 1-12), best-selling author Warren Wiersbe skillfully explains the book of Acts to the layperson and the pastor alike. A respected pastor and a man whose study series has sold over 4 million...

The Prayer of Jesus: The Lord's Intercession For His Church
Warren W Wiersbe
Paperback

With the Word: The Chapter By Chapter Bible Handbook
Warren W Wiersbe
Paperback

On Being a Servant of God
Warren W Wiersbe
Paperback

In his motivational sequel to Be Dynamic (Acts 1-12), best-selling author Warren Wiersbe skillfully explains the book of Acts to the layperson and the pastor alike. A respected pastor and a man whose study series has sold over 4 million copies, Wiersbe affectionately calls the apostle Luke "Dr. Luke" as he shows how Dr. Luke recorded Paul's missionary journeys.
^Readers travel through dungeon prisons, see the ancient world as if it were today, and witness the marvelous work God can do through a few souls fully surrendered to His purposes. They witness Paul's conversion and spot his imperfections, yet still they enter his successes as the Lord uses Him to preach Good News to the lost and dying.


Because there are hardships today, places where God is unwelcome, and people whose hearts are unreceptive, both young and old will benefit from knowing that Paul's God is their God-the God of the ages. They will persevere till the finish line to "win the prize for which God [calls them

Dr. Warren W. Wiersbe is an internationally known Bible teacher and the former pastor of The Moody Church in Chicago. For ten years he was associated with the Back to the Bible radio broadcast, first as Bible teacher and then as general director. Dr. Wiersbe has written more than 160 books, including the popular "BE" series of Bible commentaries, which has sold more than four million copies. He and his wife, Betty, live in Lincoln, Nebraska.
-Publisher

Message of Acts, The: To the Ends of the Earth (2020) (Bible Speaks Today Series)
John Stott
Paperback