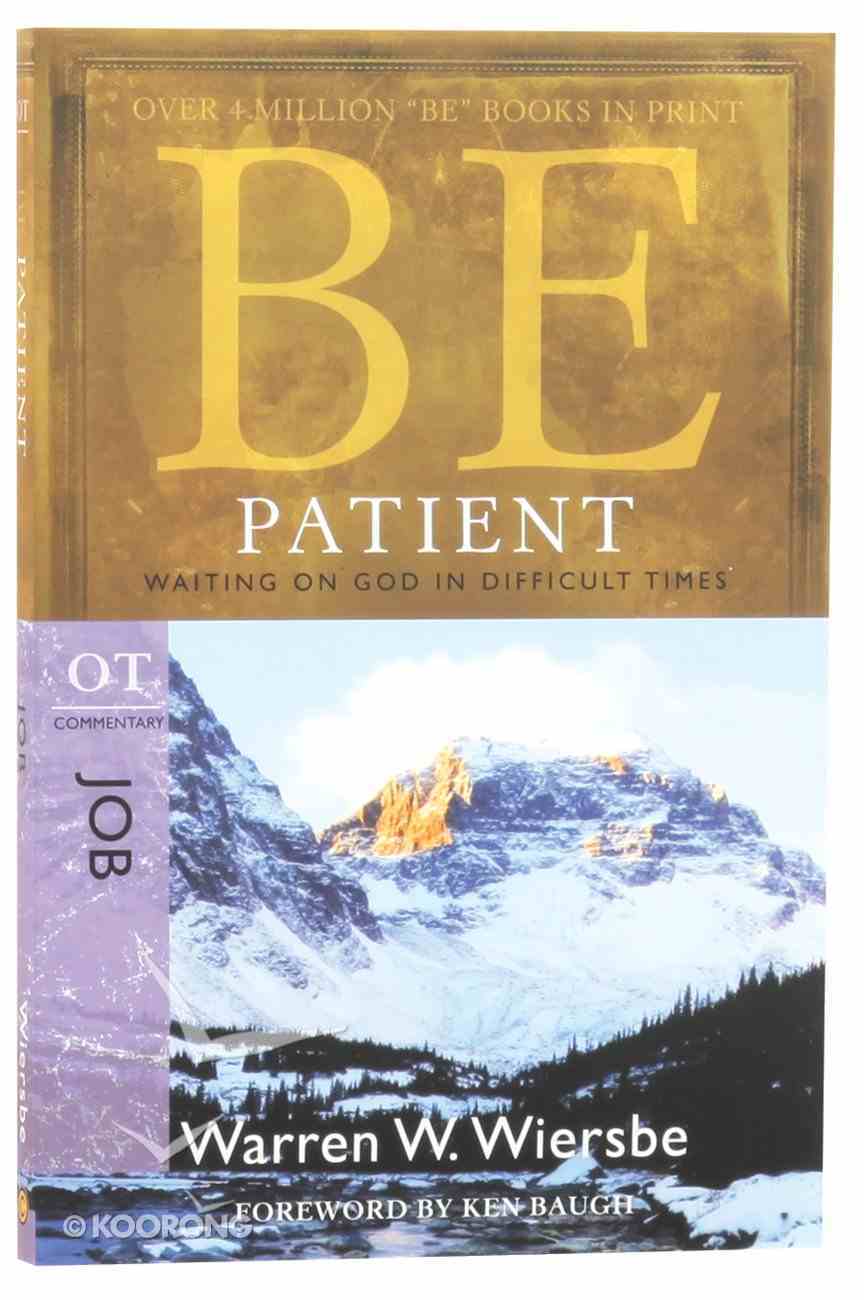 Be Patient (Job) (Be Series)

Why does God allow bad things to happen to good people? Warren W. Wiersbe tackles this question as he explores the life of Job in his commentary Be Patient . Through Job's story, we are reminded of God's sovereignty...

Why does God allow bad things to happen to good people?
Warren W. Wiersbe tackles this question as he explores the life of Job in his commentary Be Patient. Through Job's story, we are reminded of God's sovereignty and encouraged to endure the suffering in our own lives.


In a single day, Job's wealth was plundered, his ten children were killed, and his health was taken. His friends judged him and his wife did not stand by her man. But Job held on to his trust in Almighty God-a Father who is always good and always faithful. In addition to restoring his wealth and relationships, God gave Job a much greater blessing: a deeper knowledge of Himself and His ways.


Trust the pastor's pastor, Warren W. Wiersbe, to guide readers into a better understanding of God's sovereignty as they face trials in their own lives.
-Publisher.