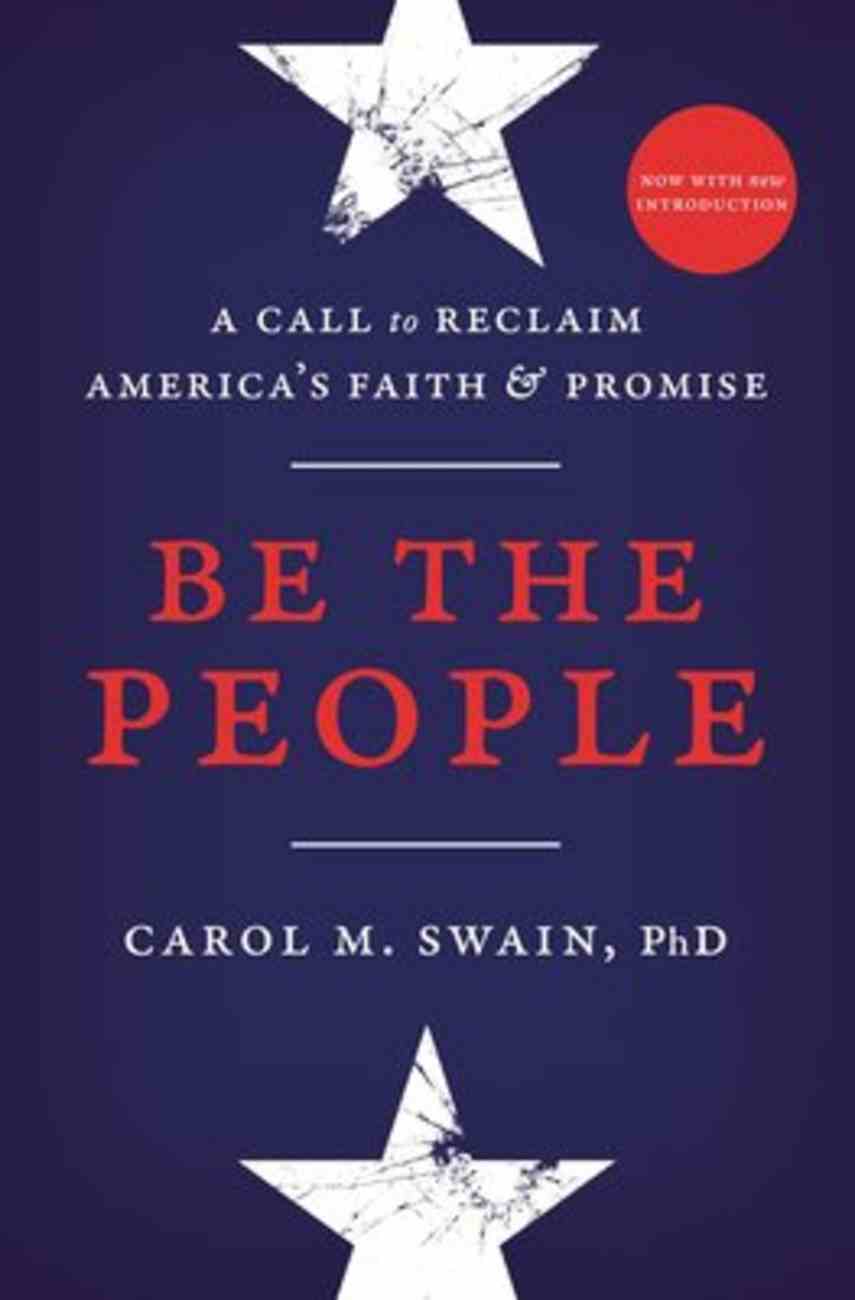 Be the People: A Call to Reclaim America's Faith and Promise

: "Be the People is a courageous analysis of today's most pressing issues, exposing the deceptions by the cultural elite and urging 'We the People' to restore America's faith and values."-Sean Hannity "There are many good books but...

5 available
Expected to ship within 10 hours from Australia.
Learn More
Free Shipping
for orders over $99.

:
"Be the People is a courageous analysis of today's most pressing issues, exposing the deceptions by the cultural elite and urging 'We the People' to restore America's faith and values."-Sean Hannity


"There are many good books but only a few really important ones. Dr. Carol Swain's Be the People is one of the latter. Brave, informed, candid, and thoughtful, she brings her fine academic mind to bear on the most pressing needs facing our country."-Tony Perkins


"A courageous, challenging, and controversial call to Americans of all colors to return to their Creator and to come to their Judeo-Christian senses."-Dr. Peter A. Lillback


"In Be the People Professor Carol Swain thoughtfully examines the biblical roots and religious significance of today's most pressing issues. Professor Swain shows how to make your voice heard and how to reclaim America's faith and values."-Lou Dobbs


An insightful analysis of the forces of deception rapidly reshaping America's morals, social policies, and culture, with a call to specific action, written by a thoughtful and courageous Christian social scientist on the front lines of today's issues.


Cultural elites in the media, academia, and politics are daily deceiving millions of Americans into passively supporting policies that are detrimental to the nation and their own best interest. Although some Americans can see through the smokescreen, they feel powerless to redirect the forces inside and outside government that radically threaten cherished values and principles.


Drawing on her training in political science and law, Dr. Swain thoughtfully examines the religious significance of the founding of our nation and the deceptions that have infiltrated our daily lives and now threaten traditional families, unborn children, and members of various racial and ethnic groups-as well as national sovereignty itself--and provides action points for the people of this country to make the political system more responsive.


The book is divided into two sections:

Forsaking what we once knew Re-embracing truth and justice in policy choices
It also covers key topics such as: