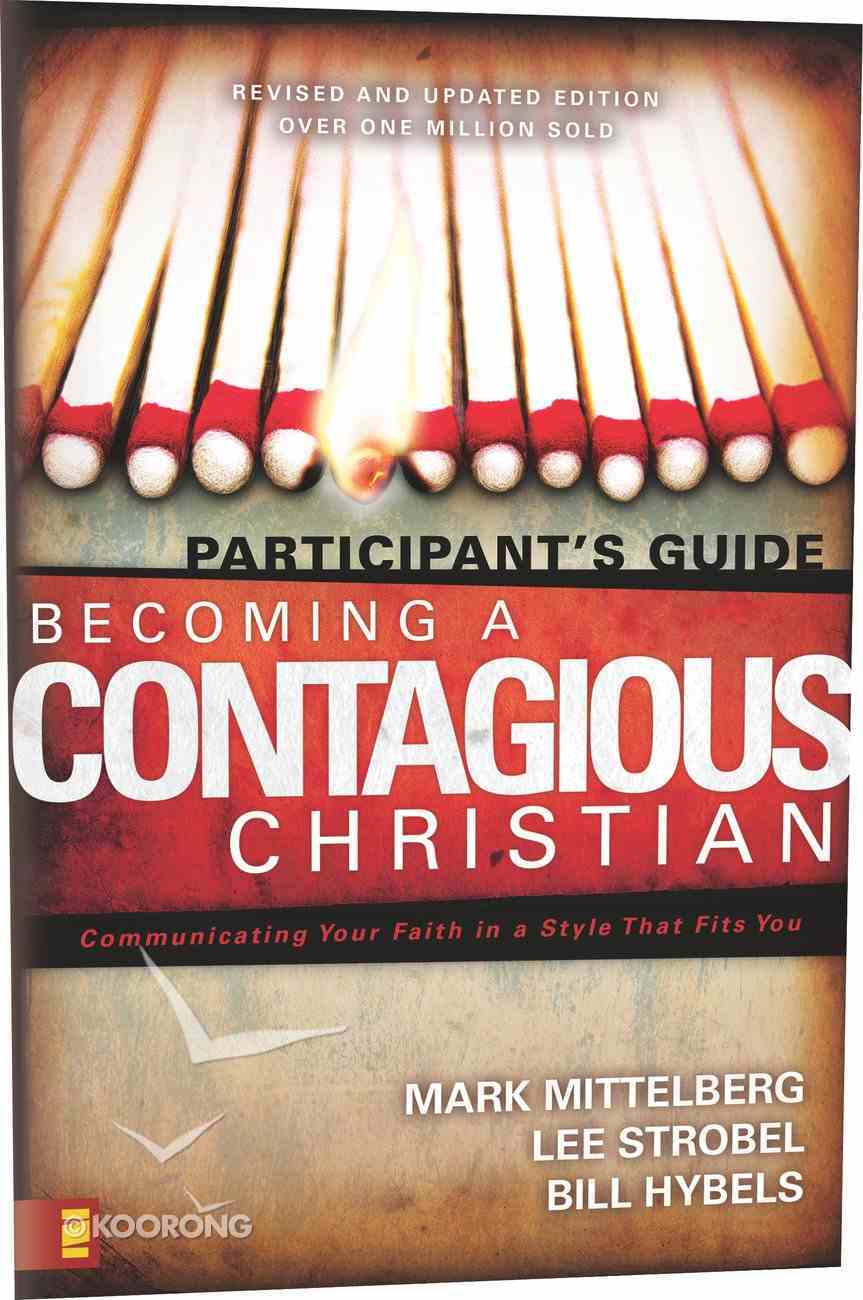 Becoming a Contagious Christian: Communicating Your Faith in a Style That Fits You (Participant's Guide)

This proven resource from Willow Creek is designed to equip believers for effective relational evangelism in today's world. The main component is a 2-DVD set presenting six 50 minute sessions that feature dramas, vignettes, interviews, and person-on-the-street segments. Included with...

This proven resource from Willow Creek is designed to equip believers for effective relational evangelism in today's world. The main component is a 2-DVD set presenting six 50 minute sessions that feature dramas, vignettes, interviews, and person-on-the-street segments. Included with the DVD set is a 40 page Leader's Guide. Course participants require this separately sold Participant's Guide, which contains the exercises, discussion points, and self-assessments that accompany each DVD session.

Releasing the hidden evangelist in every Christian---Picture all of your church members as evangelists who: Demonstrate a contagious Christian character ... Build spiritually strategic relationships ... Direct conversations toward matters of faith ... Communicate their faith in a style that's personal and natural ... Explain biblical truths in a style that's personal and natural ... Explain biblical truths in everyday language ... Respond to the most common objections to Christianity. Becoming a Contagious Christian is a proven course designed to equip believers for effective evangelism in today's world. It avoids stereotyped approaches that feel intimidating to many Christians. Instead, it shows ordinary believers how they can share the gospel in a natural and powerful way while being the person God made them to be. Each session's exercises, discussions, self-assessments, and video vignettes give step-by-step guidance to help participants become effective communicators for Christ to those around them. Used with nearly 1,000,000 people---Becoming a Contagious Christian is an innovative and unparalleled program for training Christians in relational evangelism. Becoming a Contagious Christian works with any size group, from small groups of 4-9 to Sunday school classes and other large groups of 10 to 150 or more. It can be presented successfully in any of the following formats: ---Three sessions of two hours each---Six sessions of 50 minutes each---One, two, or three-day retreats---Or adapt it to fit the needs of your church! Becoming a Contagious Christian materials include: ---2 DVD Videos---Leader's Guide---Participant's Guide---PowerPoint CD-ROM---copy of Becoming a Contagious Christian book. These components are also available separately. 6 sessions (flexible format); 2 180-minute DVD videos.
-Publisher