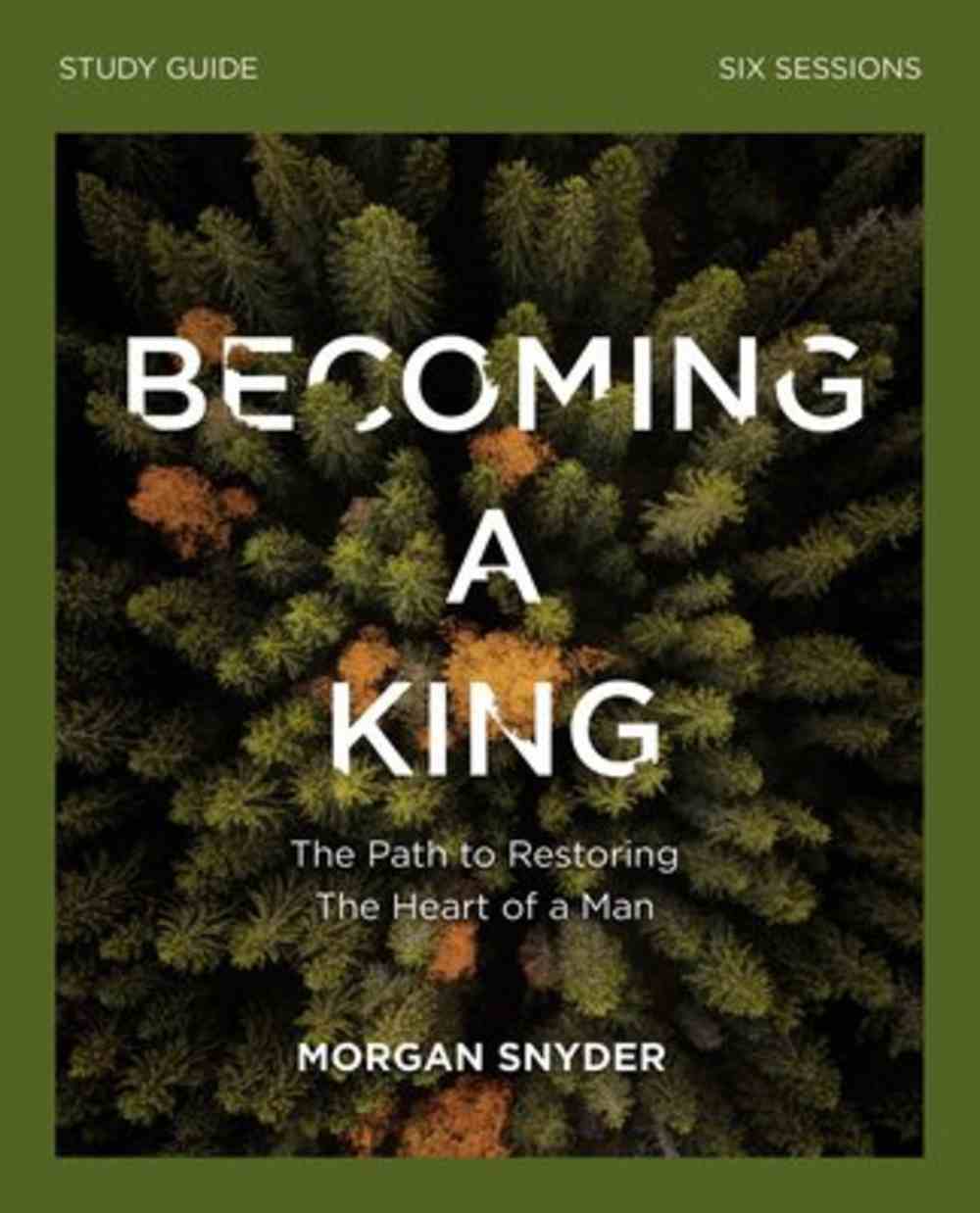 Can God Entrust His Kingdom to You? Masculinity is in need of restoration. But how do you become the kind of man - the kind of king - to whom God can entrust his kingdom? In this six...

Be Like Jesus: Who Am I Becoming? (Study Guide)
Randy Frazee
Paperback

Can God Entrust His Kingdom to You?

Masculinity is in need of restoration. But how do you become the kind of man - the kind of king - to whom God can entrust his kingdom?

In this six - session video Bible study, journey with Morgan into a process that helps men recover true courage and vulnerability.

Curated and distilled over more than two decades, and mined from the lives of over seventy-five sages who have gone before us, Morgan shares what he discovered: an ancient and reliable path to restoring the heart of a man and becoming the kind of man who can wield power for good.

Becoming the Man You Were Born to Be

The Way of Becoming

Designed for use with the Becoming a King Video Study (9780310115267), sold separately. Streaming video also available.

:
God's original intention for humankind was to empower and entrust them with ruling over his creation (see Genesis 2:19-20). However, the story of most men is that being entrusted with power has led to them bringing harm to themselves and those under their care. When we look at the source of the problem, we find the issue is within our souls-we are in need of excavation and reconstruction. Jesus offers to meet us in the heart of our need and promises a way forward into fullness of life. Yet so often we are unsure about the way in. We see the invitation but have lost the map.


In Becoming a King, Morgan Snyder describes how as a young man serving alongside John Eldredge, he relentlessly engaged these deep questions of how to use power and grow as a leader. Over the course of two years, he sought counsel from the most respected men that he could find in the organization's growing network of influence. As he distilled these men's counsel, the outline of the path he was seeking emerged ... an ancient path that generations of saints throughout human history have traveled before.


As Morgan explains, this is a map for the journey of inner transformation. It is an invitation into a radical reconstruction of much of what we have come to believe about God, ourselves, and the meaning of life. Traveling the path isn't cheap, easy, or quick. Few find it. Even fewer choose to stay the course, fight the good fight, win the race, and keep the faith. But it is this heroic journey that leads to life-real life.


Since the publishing of Wild at Heart nearly two decades ago, there has been a slow and steady groundswell of masculine restoration. This study represents both the fruit of that work and the next steps to take men deeper into the more that is being offered ... walking them through what it is to live deeply rooted and to be powerful God's way.


Designed for use with the Becoming a King Video Study (sold separately).

Morgan Snyder is a grateful husband of twenty years and a proud father of a wildly creative and witty daughter and a joyful and passionate son. He serves as a strategist, entrepreneur, teacher, writer, and speaker. His passion is to shape the men and women who are shaping the kingdom of God. In 2010, he established BecomeGoodSoil.com, a fellowship of leaders whose global reach offers guidance for the narrow road of becoming the kind of person to whom God can confidently entrust the care of his kingdom. Morgan serves on the executive leadership team at Wild at Heart and Ransomed Heart Ministries and has contended for the wholeheartedness of men and women alongside John and Stasi Eldredge for more than two decades. He has led sold-out Wild at Heart men's events across the United States, United Kingdom, South Africa, and Australia. Morgan goes off the grid every chance he gets, whether bowhunting in the Colorado wilderness or choosing the adventurous life with his greatest treasures: his wife, daughter, and son.

Think and Eat Yourself Smart: A Neuroscientific Approach to a Sharper Mind and Healthier Life (Workbook)
Caroline Leaf
Paperback