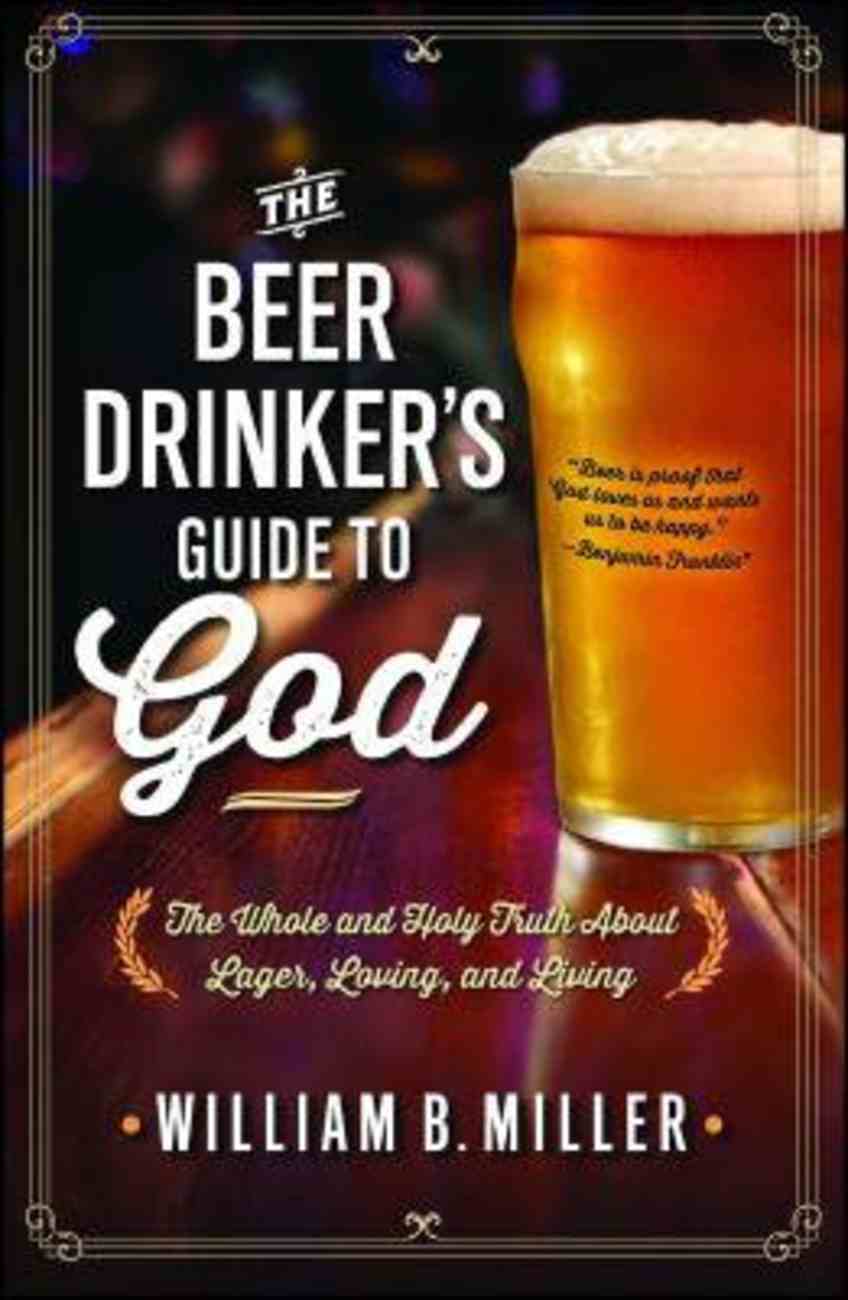 It's no accident that Jesus' first miracle was turning water into wine! Written by an Episcopalian priest-slash-bar owner, this thoughtful, well-written book of spiritual essays distills lessons about the character of God from stories about adult beverages. "Oh...

Broken on the Back Row
Sandi Patty
eBook

It's no accident that Jesus' first miracle was turning water into wine! Written by an Episcopalian priest-slash-bar owner, this thoughtful, well-written book of spiritual essays distills lessons about the character of God from stories about adult beverages.

Father Bill Miller appreciates both spirits and the Holy Spirit. As an Episcopal priest and the owner of Padre's bar in Marfa, Texas, he understands that spiritual lessons can be drawn from everyday living as well as the finer things in life-a smoky Scotch, a robust Zinfandel, PBR in a can.

Father Bill believes that being upright does not mean you have to be uptight. In The Beer Drinker's Guide to God, he brews up insightful, beautifully written reflections on how alcoholic beverages can reveal the true nature of God. He weaves together stories from his life in ministry, his travels in search of the world's best Scotch, his attempts at brewing his own beer, and colorful evenings in his Texan bar. He also reflects on the lessons he's learned from roller derby, playboy bunnies, Las Vegas, and his attempts to marry Miss Universe, all while writing about generosity, sacrifice, pilgrimage, and spiritual transformation. From the deeply touching to the laugh-out-loud funny, these stories ultimately open our minds to the glory of God and our mouths to some of his more delicious creations. The Beer Drinker's Guide to God is a smart, earnest, hilarious book for those thirsty for God's truth.
-Publisher

William Thomas Miller, SJ, who holds a doctorate in Old Testament from Union Theological Seminary, teaches courses in Old Testament and works in the formation program at Mt. Angel Seminary in St. Benedict, OR.