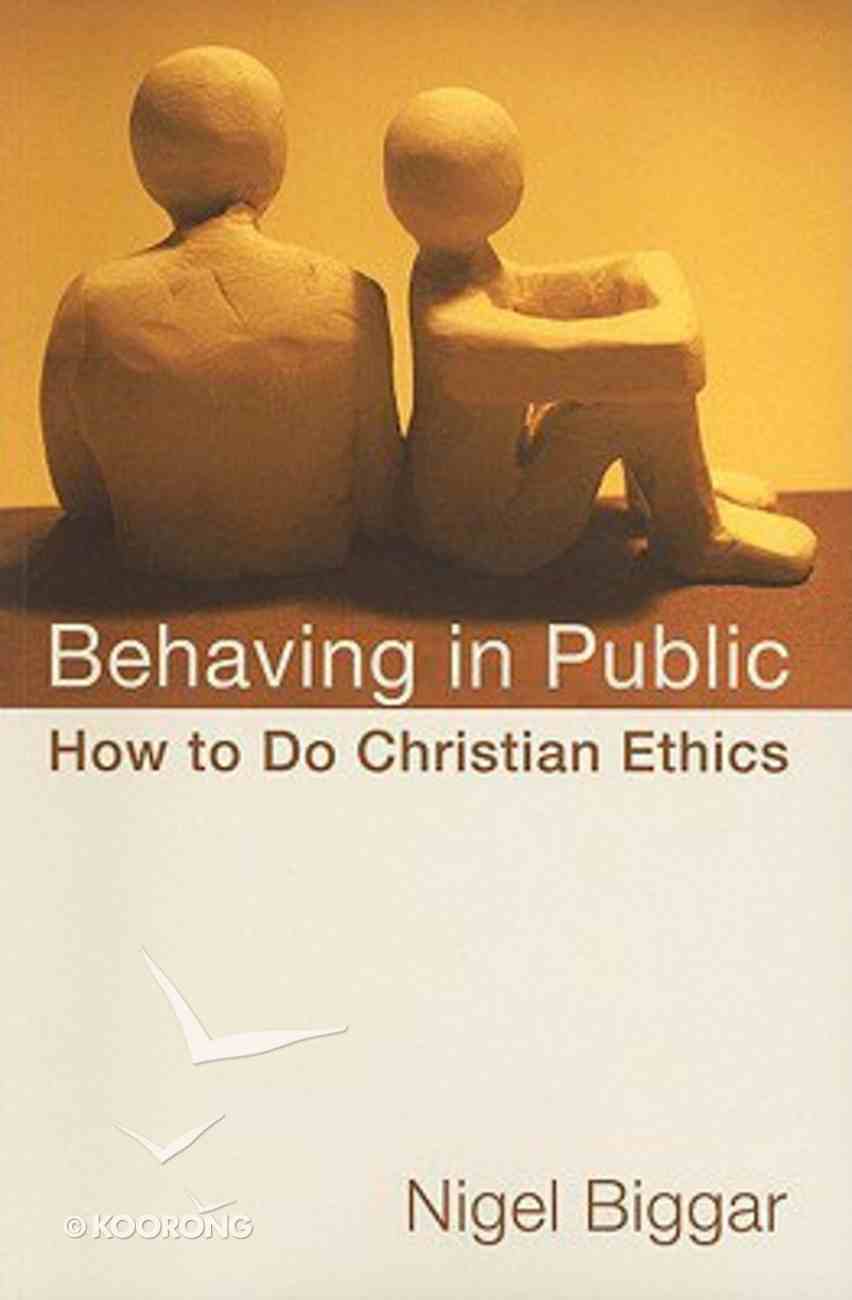 Writing for our turbulent times, Nigel Biggar offers a theologically comprehensive Christian vision of moral and political life. The book is full of insights which opens a new way forward for Christian ethics in the public arena.

The Church and Development in Africa
Stan Chu Ilo
eBook

A Letter to My Anxious Christian Friends: From Fear to Faith in Unsettled Times
David P Gushee
Paperback

If Jesus is Lord: Loving Our Enemies in An Age of Violence
Ronald J Sider
Paperback

Writing for our turbulent times, Nigel Biggar offers a theologically comprehensive Christian vision of moral and political life. The book is full of insights which opens a new way forward for Christian ethics in the public arena.
-Publisher

Too often, says Nigel Biggar, contemporary Christian ethics poses a false choice either conservative theological integrity or liberal secular consensus. Behaving in Public explains both why and how Christians should resist these polar options. Informed by a frankly Christian theological vision of moral life and so turning toward the world with openness and curiosity, Biggars succinct argument charts a third way forward. Common sense is usually bland and boring. Nigel Biggars book Behaving in Public, however, is full of common sense that is anything but bland and boring. Thats because Biggar employs his common sense polemically to show whats deficient in one and another position on speaking as a Christian in public, and to point to alternatives. Over and over I found myself saying, Yes, of course; hes right. This is a wonderfully fresh, perceptive, and sensible discussion. Nicholas Wolterstorff Yale University How can the church witness effectively in public debates in modern, mostly secular societies, without either losing its integrity or imposing its perspectives on others? In this important new book Nigel Biggar maintains that the integrity of the Christian message should not be confused with distinctiveness. . . . Offers a nuanced yet demanding position on the public role of the church, cutting through unhelpful dichotomies and reminding us that theological seriousness need not be sectarian or intolerant. Jean Porter University of Notre Dame Clear in thought, elegant in expression, and generous in dialogue, this book offers a new and convincing approach to Christian ethics. . . . Biggar argues for the integrity of a mature, discriminating, nonmoralizing Christian ethics which is inspired and equipped for critical engagement with the church and the wider public and which cares about the flourishing of both. Werner G. Jeanrond University of Glasgow Behaving in Public shows people who care about public life how to combine theological integrity and political effectiveness. . . . This is a theology that offers an alternative to todays polarized politics. Robin W. Lovin Southern Methodist University
-Publisher

Nigel Biggar is Regius Professor of Moral and Pastoral Theology at the University of Oxford, where he also directs the McDonald Centre for Theology, Ethics, and Public Life. His other books include Burying the Past: Making Peace and Doing Justice after Civil Conflict and Aiming to Kill: The Ethics of Suicide and Euthanasia.