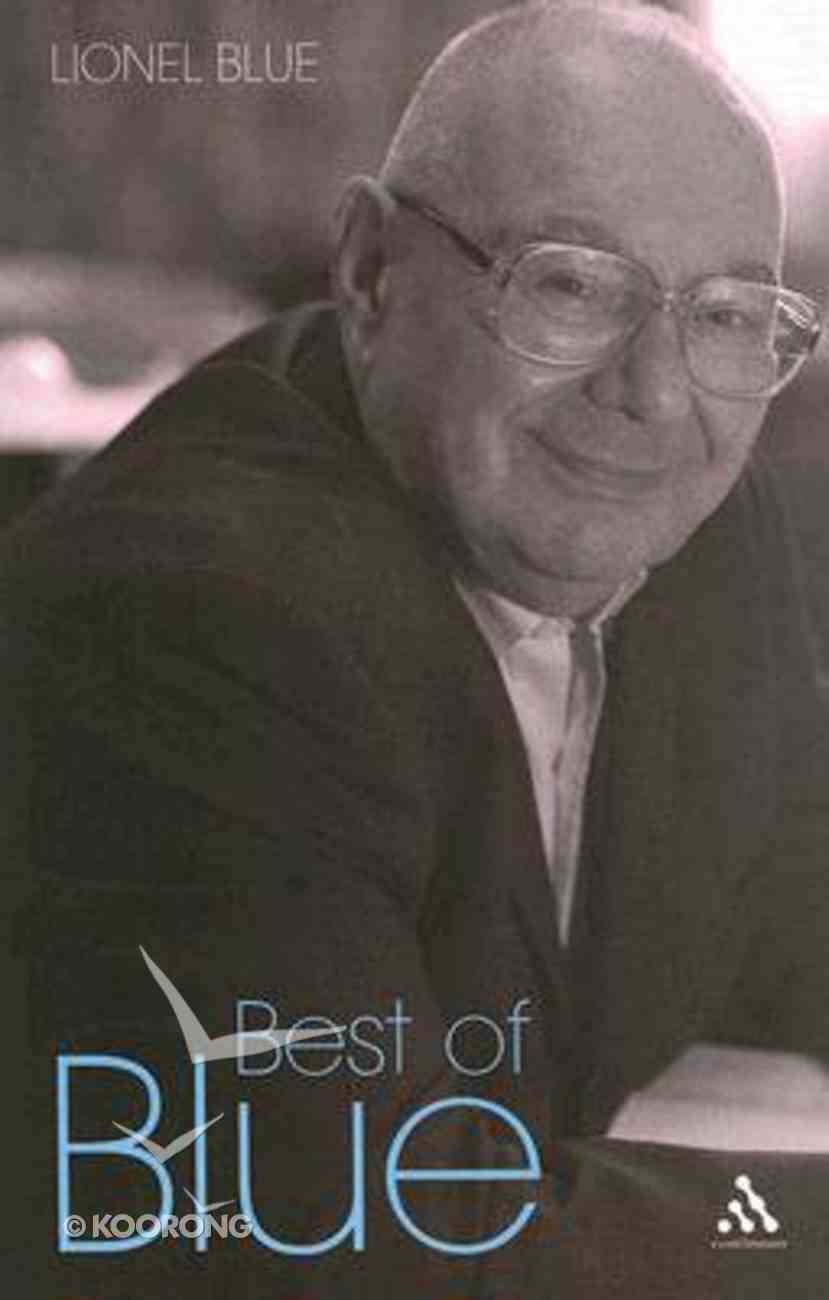 This is Rabbi Lionel Blue's own selection of the best of his writing over the years, with a sparkling new introduction examining his life, his successes and failures.

Getting the Best of Your Anger (2nd Edition)
Les Carter
eBook

Be Your Best
Joyce Meyer
eBook

This is Rabbi Lionel Blue's own selection of the best of his writing over the years, with a sparkling new introduction examining his life, his successes and failures.
-Publisher

Lionel Blue's Thought for the Day broadcasts continue to enchant and invigorate millions of listeners. Now in his mid-seventies, Lionel Blue has decided to present some of the very best of his writing for a wider public. Much of this - including articles from The Tablet and various lectures - has never been published in book form before. Best of Blue sparkles with Lionel Blue's characteristic and idiosyncratic humour. It is through this that his profound wisdom has touched the hearts and minds of millions of appreciative listeners.
-Publisher

A child of poor Jewish parentage, educated in the roughest part of the East End of London, Lionel Blue worked his way through Balliol College, Oxford and the Rabbinate to become a star of radio and stage. His 'Thought for the Day' broadcasts enchanted and invigorated millions of listeners. The Rabbi's humour became celebrated, making it even a regular feature of Private Eye, the satirical magazine, and his opening gambit of 'Good morning Peter, good morning Sue and good morning everyone' became famous. This new collection of the best of Lionel Blue's writings sparkles with his characteristic and idiosyncratic humour. It is through this that his profound wisdom has touched the hearts and minds of millions of appreciative listeners.

The book sparkles with Lionel Blue's characteristic, idiosyncratic humour and profound wisdon. Blue's whole range of writing - To Heaven with Scribes and Pharisees, cookery, Jewish jokes, the Blue Guide to Eternity and Jewish Prayer Books for High Days and Holy Days - is represented in this charming new collection.

Rabbi Blue lives in North London. He appears frequently on the stage on college podiums and on the radio (occasionally on TV). He is a Fellow of Grey College, University of Durham and an honorary Dr. Of Divinity. He is currently also honorary Vice Chairman of the Movement for Reform Judaism.