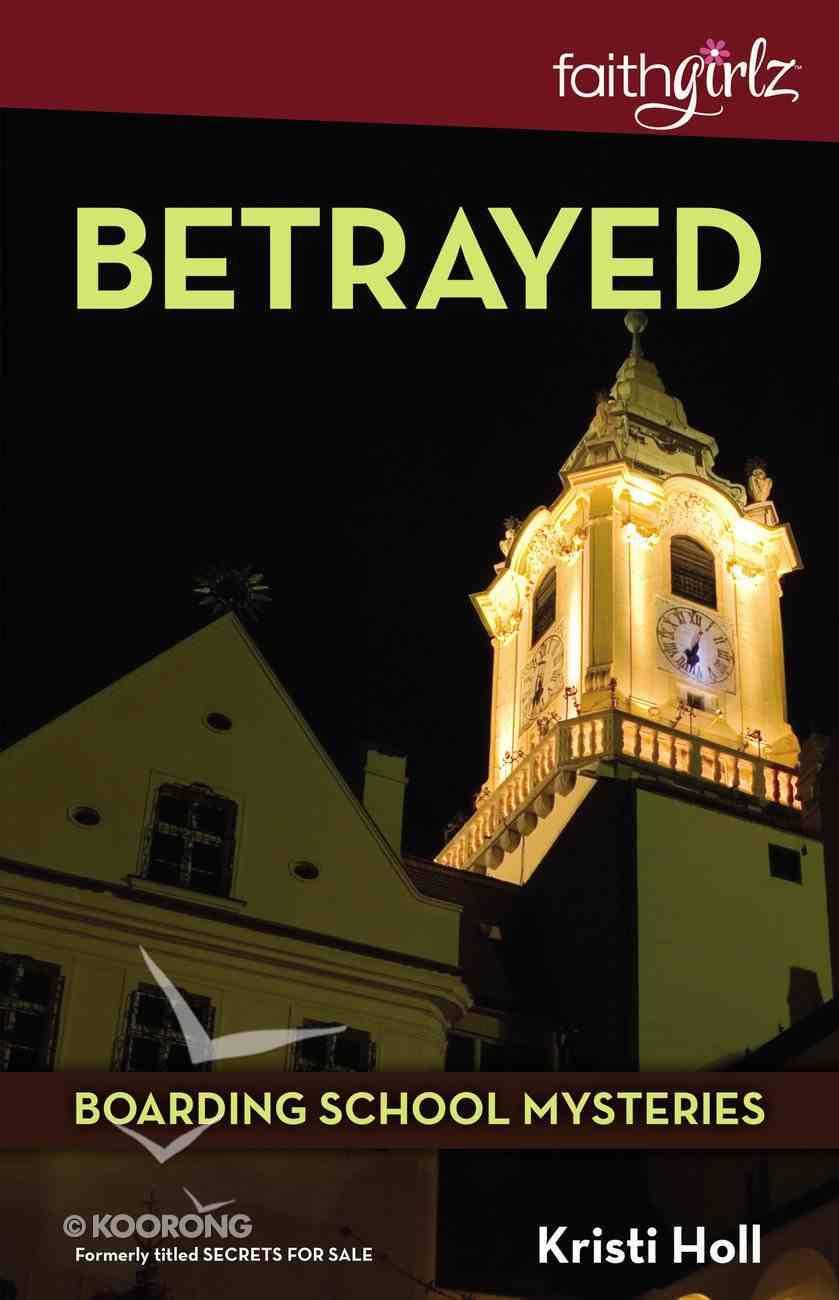 In this second book of the Boarding School Mysteries series, a suspenseful story perfect for young readers ten and up, sixth-grader Jeri McKane is shocked when a blackmailer targets her best friend, Rosa, revealing secrets very few people would know. But when Rosa accuses Jeri of writing the threatening notes, Jeri's investigations to clear her name and uncover the truth lead her into more danger than she ever could have imagined.


Jeri couldn't be more excited that Rosa landed the lead role in their school's presentation of the musical Cinderella. But her best friend's usually upbeat personality is dulled during practice ... and soon Jeri finds out why. Rosa received a note containing a secret that could get her kicked off the play unless she pays to keep things quiet. Jeri is determined to find answers, but as the notes increase, so does the number of suspects. And Rosa is becoming convinced the culprit might be Jeri herself. At the same time, Jeri's absent father has suddenly reached out after months of no communication. But just as Jeri feels her life can't get more complicated, her investigation leads her directly into danger.

Is part of the Boarding School Mysteries series, which also includes Vanished, Burned, and Poisoned Is a thrilling yet cozy mystery ideal for readers ten and up Features a strong female protagonist who, like a modern-day Nancy Drew, uses her mind and isn't afraid to stand up for the truth Comes from the Faithgirlz brand, which presents clean and inspiring books for tween girls ^
^A serious misunderstanding leads to serious danger.


^ ^Jeri McKane's world is turned upside down when her roommate Rosa blames Jeri for using a secret against her. If the real blackmailer isn't stopped, Rosa's secret could lead to her expulsion. Rosa's lead role in the school play also hangs in the balance - as does a special friendship. To make matters worse, Jeri's dad turns up after months of no communication. Why does everything have to be so complicated - and where is God when you need him? A gifted investigator, Jeri may require a power larger than herself to stay out of harm's way. Can she learn to reach out in time?^^

Kristi Holl is a best-selling award-winning author of dozens of middle-grade novels. With additional background as an elementary school educator and instructor of writing for children, Kristi's books are on many recommended reading lists and have been nominated for numerous Children's Choice Awards. Kristi has three grown daughters and lives in Texas.