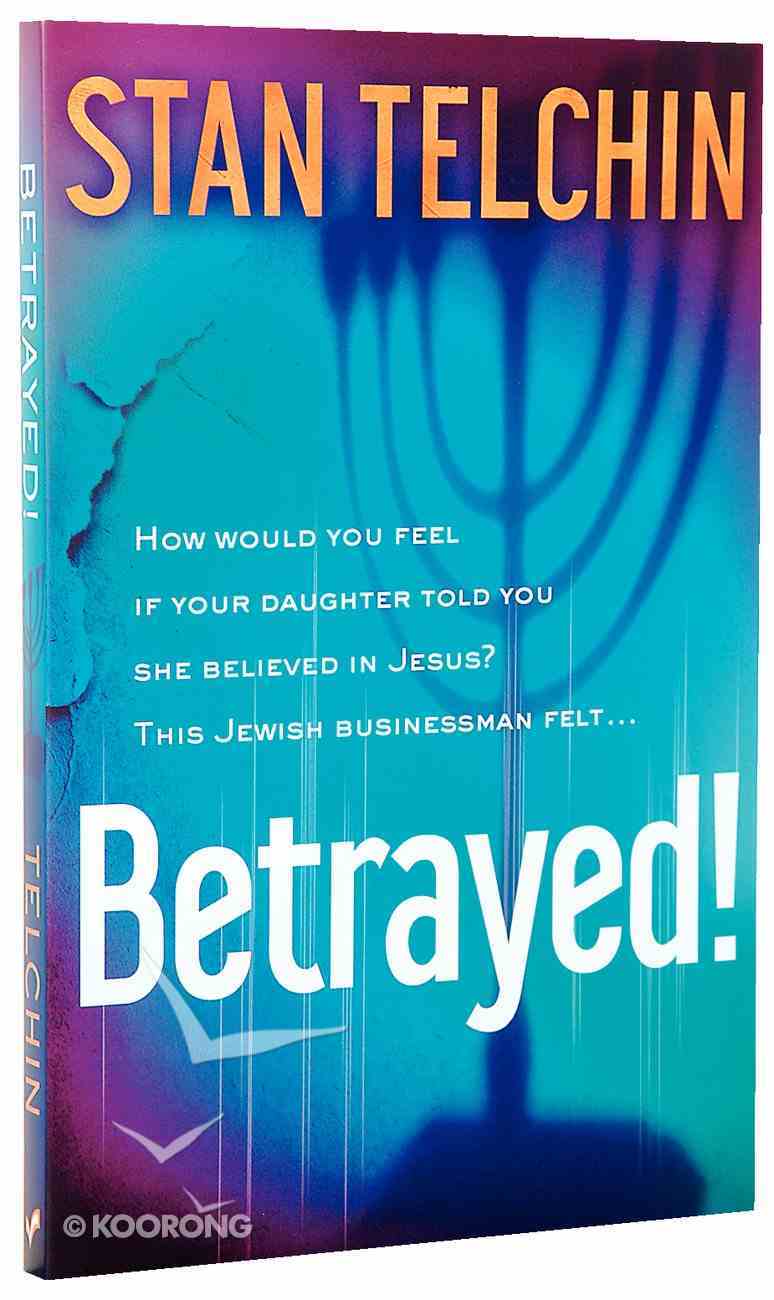 Betrayed!: How Would You Feel If Your Daughter Told You She Believed in Jesus?

Betrayed! is the page-turning account of a loving Jewish family caught on divergent prongs of a historic conflict. When Stan Telchin's daughter accepted Jesus as her Messiah, she made a touching plea to him to search out the truth for...

Good, the God and the Ugly, the
Kathy Vallotton
eBook

You Have Heard It Said
Jonathan McRay
eBook

Betrayed! is the page-turning account of a loving Jewish family caught on divergent prongs of a historic conflict. When Stan Telchin's daughter accepted Jesus as her Messiah, she made a touching plea to him to search out the truth for himself. Intending to prove her wrong, Telchin set out on a vigorous and critical examination of the claims of Jesus Christ. He was astonished at what he learned and found himself facing a wrenching and life-changing decision. As readers travel with Telchin, they too will discover a deeper, fuller awareness of both Judaism and Christianity, as well as how God can heal wounds from the bitterest conflicts. Even more, readers will discover the inexorable power of the gospel. This new edition includes an update from the author and wisdom-filled words on Jewish identity.

- ?How can you be Jewish and believe in Jesus - - The Telchins were a happy, close-knit Jewish family until the day their daughter called from college with a shocking revelation: She had become a Christian. Judy - 's decision prompted her father to set out to disprove the Messiahship of Jesus in order to win her back. To do so, he had to study the Bible for the first time in his life. In the face of increasingly convincing proofs that Jesus is who He claimed to be, Stan Telchin found himself confronting thousands of years - ? worth of misunderstanding, hurt and prejudice from both sides. The key question that surfaced was this: How can a Jewish person embrace Jesus and Christianity without turning his back on his own people? More than thirty years after coming to know Jesus as Messiah, Stan Telchin reflects a passion to celebrate the heritage and culture of the Jewish people while seeking to unite Jews and Gentiles under the love of Messiah Jesus. Stan Telchin is a Messianic Jew who proclaims Jesus as Messiah in the United States and around the world, now under the umbrella of Jews for Jesus. He pastored a nondenominational fellowship in suburban Washington, D.C., for fourteen years. The author of three books, he and his wife, Elaine, live in Florida.
-Publisher

Stan Telchin is a Messianic Jew who proclaims Jesus as Messiah in the U.S. and around the world???now under the umbrella of Jews for Jesus. He pastored a nondenominational fellowship in suburban Washington DC for fourteen years. He is the author of Abandoned and Messianic Judaism Is Not Christianity. He and his wife, Elaine, live in Sarasota, Florida.