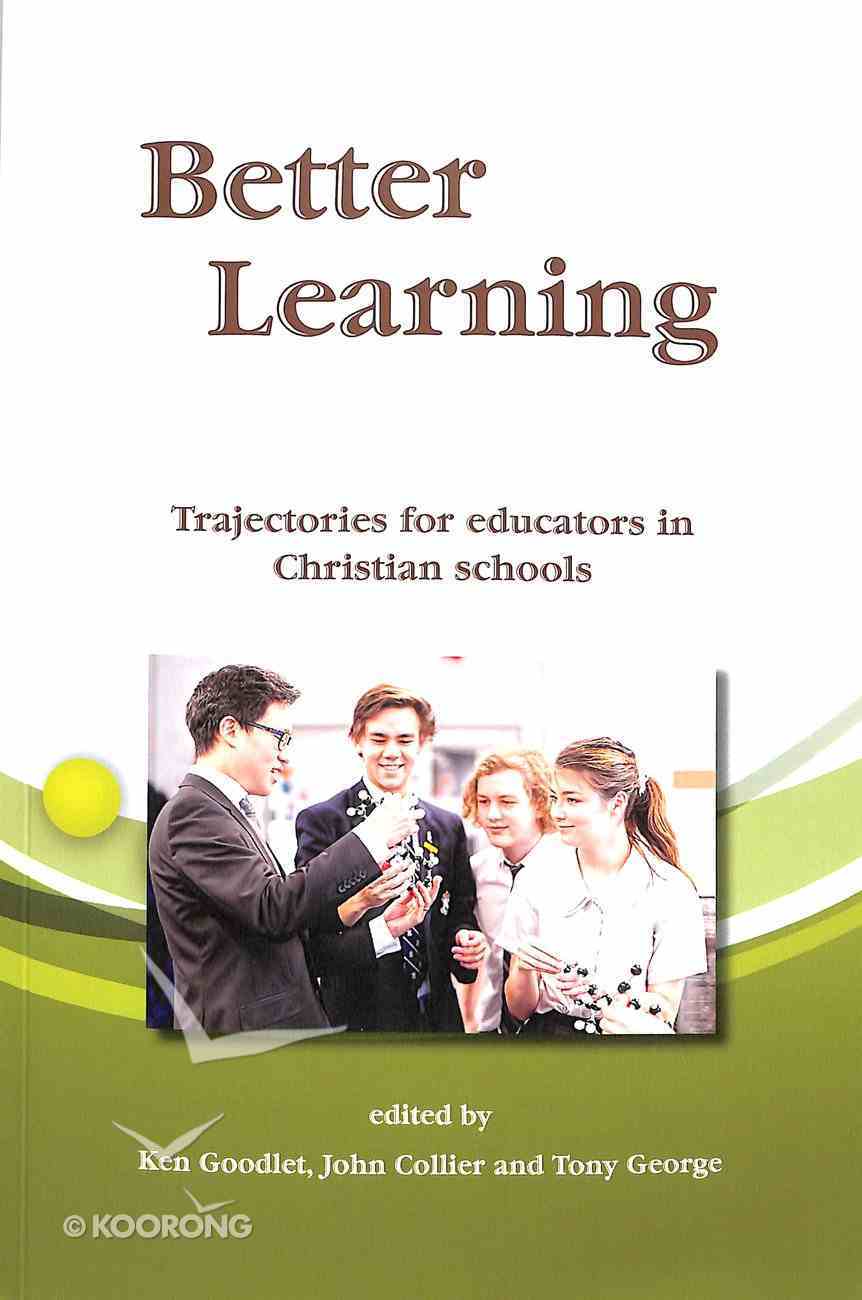 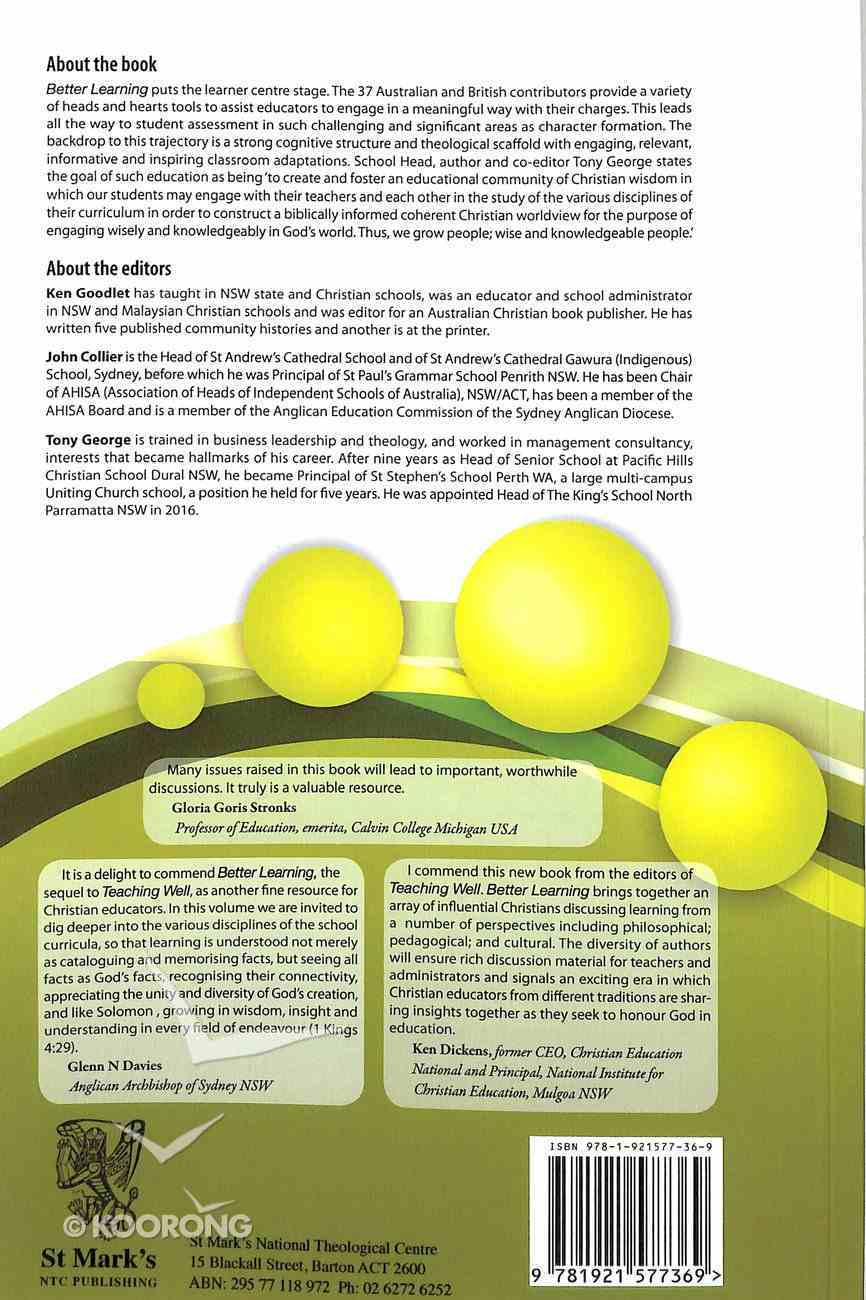 In this book, we want to maintain the interest of that audience of educators who want a no-nonsense, focussed title that picks up on a current issue - learning strategies - but is clearly differentiated from our first book, Teaching...

In this book, we want to maintain the interest of that audience of educators who want a no-nonsense, focussed title that picks up on a current issue - learning strategies - but is clearly differentiated from our first book, Teaching Well, so that it will not be dismissed as a new title for an old book. Why 'better' rather than, say, 'best'? My wife's aunt, a Christian who had been involved in 'progressive' education all her life, having applied her principles, for example, to her headship of a Christian school in Canberra, after she died left money in her will for a book she had written she wanted to call 'A better classroom', which has now been published. She wanted her ideas to be seen as a step along the way. I, for one, would be put off by a book that claims more. Why 'trajectories', rather than, say, 'insights'? Apart from the fact that 'trajectories' differentiates this book from Teaching Well, it places emphasis on both the thinking side and the action side, an element that was much appreciated in our first book. Why define who the book is for by using 'educators in Christian schools' in the sub-title? There is much in this book that picks up matters of interest to those who are involved in a range of school systems and those who have an interest in education without being practitioners. Why is so much space given here to character formation? Because, to most of the practising educators writing here, this is more significant than any other feature of their education program. When educators contributing to this book are asked what they most want for their students, most give an answer that relates to character formation. Although one whole Part of the book is dedicated to this, with ground-breaking suggestions for measuring this area so difficult to assess, it permeates the whole book.

"It is a delight to commend Better Learning, the sequel to Teaching Well, as another fine resource for Christian educators. In this volume we are invited to dig deeper into the various disciplines of the school curricula, so that learning is understood not merely as cataloguing and memorising facts, but seeing all facts as God's facts, recognising their connectivity, appreciating the unity and diversity of God's creation, and like Solomon, growing in wisdom, insight and understanding in every field of endeavour (1 Kings 4:29)."
- Glenn N Davies, Anglican Archbishop of Sydney, NSW

Tony George is trained in business leadership and theology, and worked in management consultancy, interests that became hallmarks of his career. After nine years as Head of Senior School at Pacific Hills Christian School Dural NSW, he became Principal of St Stephen's School Perth WA, a large multi-campus Uniting Church school, a position he held for five years. He was appointed Head of The King's School North Parramatta NSW in 2016.

John Collier is the Head of St Andrew's Cathedral School and St Andrew's Cathedral Gawura (Indigenous) School, Sydney, before which he was Principal of St Paul's Grammar School Penrith NSW. He has been Chair of AHISA (Association of Heads of Independent Schools of Australia), NSW/ACT, has been a member of the AHISA Board and is a member of the Anglican Education Commission of the Sydney Anglican Diocese.

The Educational Ministry of a Church: A Comprehensive Model For Students and Ministers (2nd Edition)
Jonathan Kim
Paperback