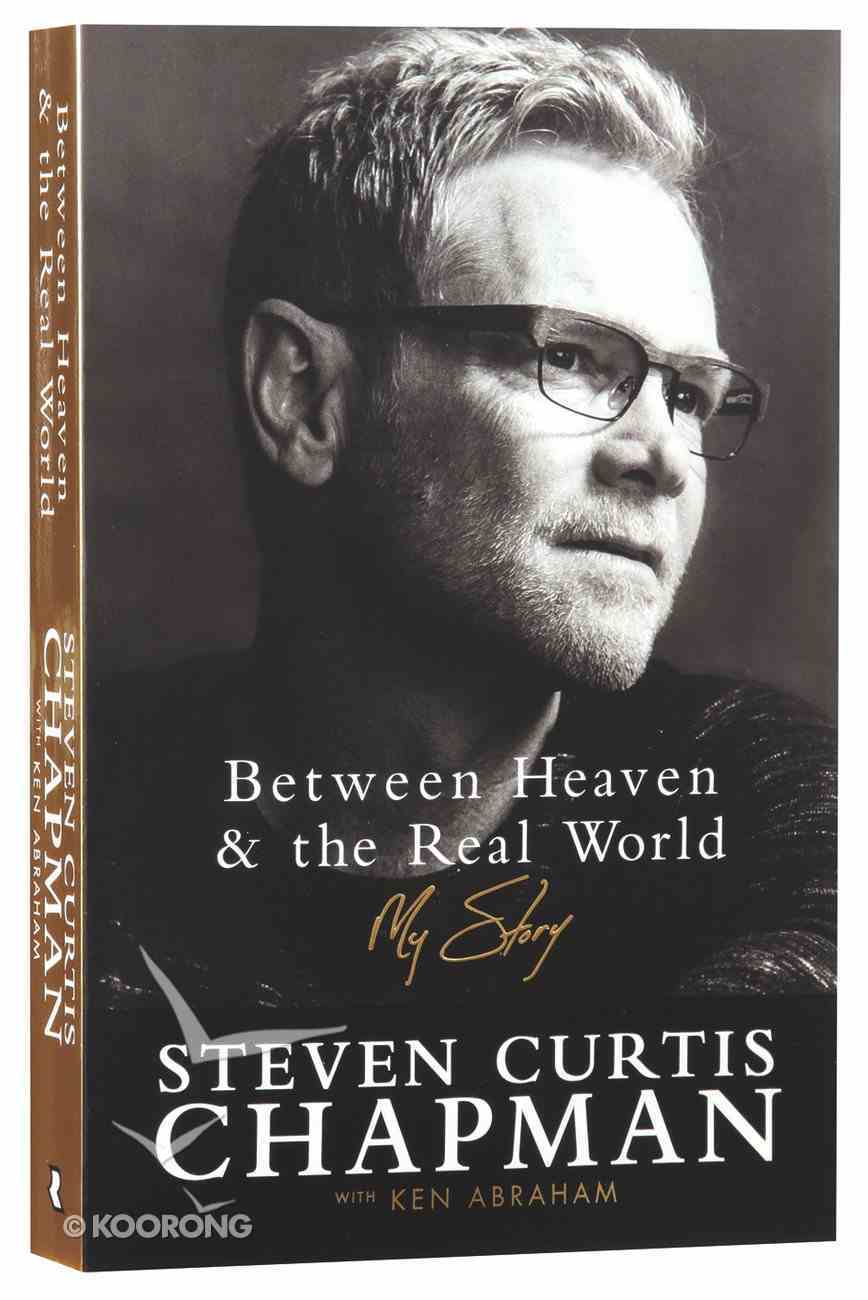 Between Heaven and the Real World: My Story


The first time I met Steven Curtis Chapman was at my rehearsal dinner for Chris and I's wedding in Saratoga, NY. He and Mary Beth were kind enough to fly up, and Steven sang a few songs during our ceremony. That was the beginning of what is now one of the most cherished friendships we have. In the five years since then, I have learned so much about how to walk through life, a life filled with unbelievable highs and unthinkable lows, bravely leaning on the peace and comfort that only God can give us. The way Steven lives, the honest, real stories he has shared, and the encouragement he has given me has had a profound impact on my life. I know that will be how everyone who reads this book will feel, too.
- Hillary Scott, lead singer of Lady Antebellum

We loved Steven Curtis Chapman's deeply personal book, Between Heaven and the Real World! Each story he tells and each life circumstance he shares is an illustration of the "glorious unfolding" of God's plan for him, Mary Beth and their incredible children. As fans from almost the beginning, Steven's songs have mirrored each stage in our own family and ministry, including grieving the loss of a dearly beloved child. When I list the most helpful things that have helped us grieve our son, Beauty Will Rise is always in the top three. Thank you, Steven, for allowing so many of us to grow closer to Jesus through the stories your music tell.
- Pastor Rick and Kay Warren, Saddleback Church

Millions have been inspired by the music of my friend Steven Curtis Chapman - his words and melodies have found their way into countless hearts, ushering in the life-giving truth of Jesus. I believe this book will do the very same thing - for the 'up-close' Steven is just as inspiring as the one we find on stage. As he tells his personal story of faith through this book, many will find hope, strength and inspiration for their own journey.
- Matt Redman, songwriter

When Steven wrote the song "The Great Adventure" I wonder if he had any idea how adventurous his life would be. While no one can anticipate the highest highs and the lowest lows of their journey, Steven has invited us to experience all of it with him through his honest music and storytelling. We are all changed for the better as a result of it.
- Amy Grant

We all have a story. But few of us have a story as dramatic and redemptive as the one of Steven Curtis Chapman. His music has touched millions of hearts. May his story touch even more.
- Max Lucado, New York Times Bestselling Author

I have had the great honor of knowing, sharing the stage with, and making music with my good friend Steven Curtis Chapman. This book is an amazing insight into the heart and spirit of a living legend in Christian music. One who not only has given us incredible music and messages in the past, but also continues to create great music now that inspires and encourages.
- Mac Powell, Grammy Award winning songwriter and lead singer of Third Day

To me, SCC has always been the gold standard of Christian music. His influence on me and my music has been more that I could ever say in words. No doubt Steven is a phenomenal songwriter, musician and artist. However, as I have gotten to know him more, I have come to realize the power and impact of his music comes from a place of deep humility. I am honored to call Steven a friend, and so happy to recommend his story to you in Between Heaven & The Real World.
- Chris Tomlin

It's been my privilege over the last eighteen years to call Steven Curtis Chapman a friend. But you don't have to know him personally to know his heart, or to know his story. His music and lyrics have spoken to millions. He's the Michael Jordan of Christian music. When you read Between Heaven & the Real World you will come to know a man who has walked the walk with an incredible grace, and a rock solid faith. If you like his songs wait till you read this book!
- Ernie Johnson, Jr., Studio Host-- Inside the NBA on TNT

By any measure Steven Curtis Chapman has left his mark on the music industry. Not only has he been recognized with countless awards and accolades - he is loved by people all over the world. How amazing that with all his success - his legacy will be bigger and longer lasting than any of the trophies. What Steven and Marybeth have accomplished in the world of adoption is unparalleled. Caring for the widows and the orphans is a great command and I don't know anyone who has answered that call with greater passion than my friend Steven Curtis Chapman.
- Michael W. Smith, Singer/Songwriter

For decades, Steven Curtis Chapman's music and message have brought hope and inspiration to millions around the world. Now, for the first time, Steven openly shares the experiences that have shaped him, his faith, and his music in a life that has included incredible highs and faith-shaking lows.
Readers will be captivated by this exclusive look into Steven's childhood and challenging family dynamic growing up, how that led to music and early days on the road, his wild ride to the top of the charts, his relationship with wife Mary Beth, and the growth of their family through births and adoptions. In addition to inside stories from his days of youth to his notable career, including the background to some of his best-loved songs, readers will walk with Steven down the devastating road of loss after the tragic death of five-year-old daughter Maria. And they'll experience his return to the stage after doubting he could ever sing again.
Poignant, gut-wrenchingly honest, yet always hopeful, Steven offers no sugary solutions to life's toughest questions. Yet out of the brokenness, he continues to trust God to one day fix what is unfixable in this life. This backstage look at the down-to-earth superstar they've come to love will touch fans' lives and fill their hearts with hope. Includes black-and-white photos throughout.
-Publisher