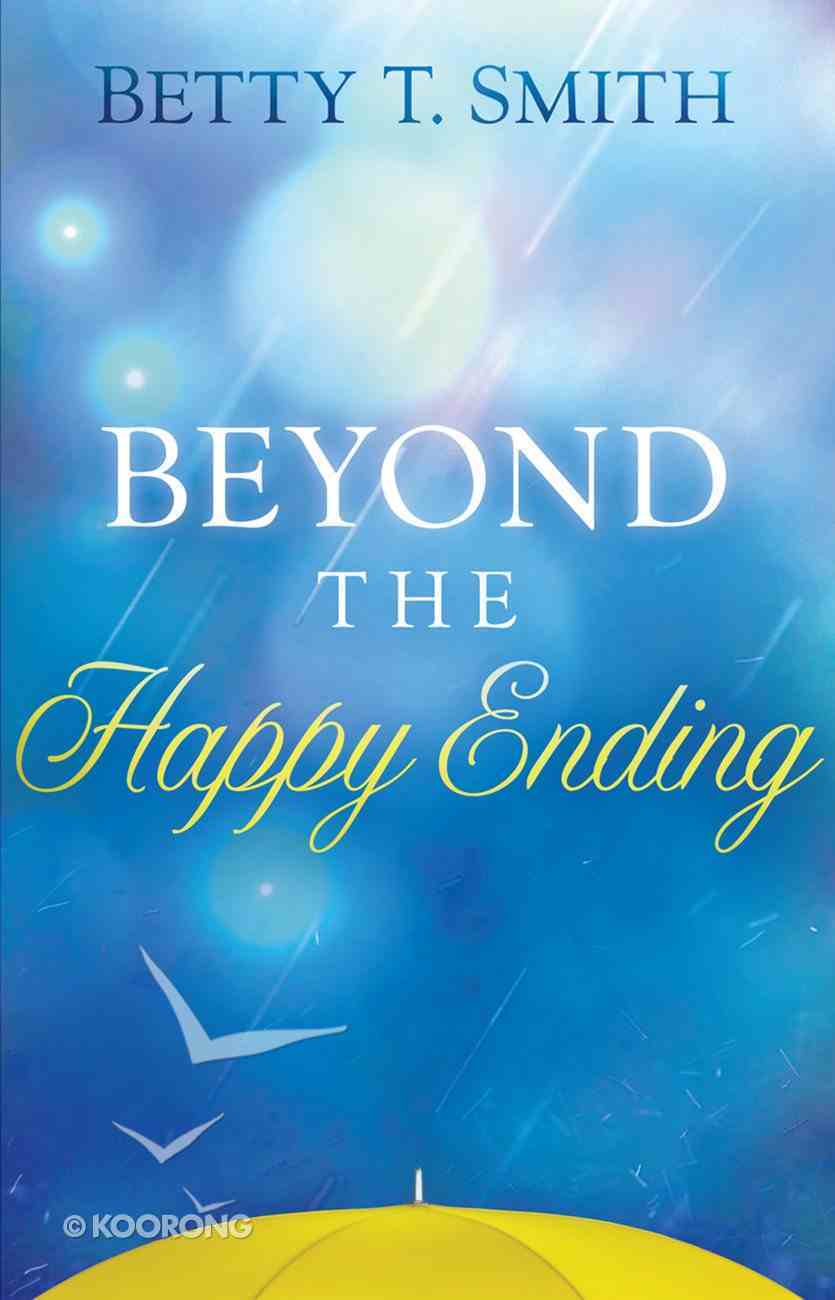 Beyond the Happy Ending

"The fulfillment of dreams and promises kept does not signal that the dance is over. The music plays on and we dance until our Father says it's time to go home. Sometimes we even dance in the rain, but...

How to Be Happy in An Unhappy World
Marie Chapian
eBook

"The fulfillment of dreams and promises kept does not signal that the dance is over. The music plays on and we dance until our Father says it's time to go home. Sometimes we even dance in the rain, but that's OK. We're going beyond!" --Betty T. Smith


When God makes a promise, His fulfillment always exceeds our expectations. Once we submit to His calling, He takes us beyond our comfort zone into the fullness of life in Christ. Just as parents delight in watching their children grow, God longs to watch His precious children mature and learn to trust Him, pray and read the Word, and seek His will for our lives.


Beyond the Happy Ending encourages each of us to trust God, and to believe in the life-changing power of prayer. Betty Smith has witnessed reconciliation, restoration, healing and miracles in her own life and in the lives of others. God not only fulfilled His promise to restore her marriage, but He also opened doors and granted divine opportunities for her to travel around the world, bringing the love and message of Christ to people in ways that she could never have imagined.

Betty Smith, December 15, 1896 - January 17, 1972 Betty Smith was born December 15, 1896, in Brooklyn, New York. She attended grammar school in Brooklyn, completing only the eighth grade. After leaving school at the age of fourteen, she worked in a factory, in retail and clerical jobs in New York City and eventually became a reader and editor for Dramatists Play Service, as well as an actress and playwright for the Federal Theater project and a radio actress. She attended the University of Michigan, from 1927 to 1930, as a special student. While attending the University of Michigan, some of her one-act plays were published, and she also worked as a feature writer for NEA (a newspaper syndicate) and wrote columns for the Detroit Free Press. She went on to Yale University Drama School, from 1930 to 1934. Smith became a member of the faculty of the University of North Carolina, Chapel Hill, from 1945 till 1946. She was a member of the Authors League and the Dramatists Guild. Smith is perhaps best known for her work "A Tree Grows in Brooklyn," which became an overnight success for the first time writer. She won the Avery and Jule Hopwood first prize of $1,000 in 1931; the Rockefeller fellowship in playwriting and Rockefeller Dramatists Guild playwriting fellowship while at Yale and the Sir Walter Raleigh award for fiction in 1958, for "Maggie--Now." Betty Smith died on January 17, 1972.