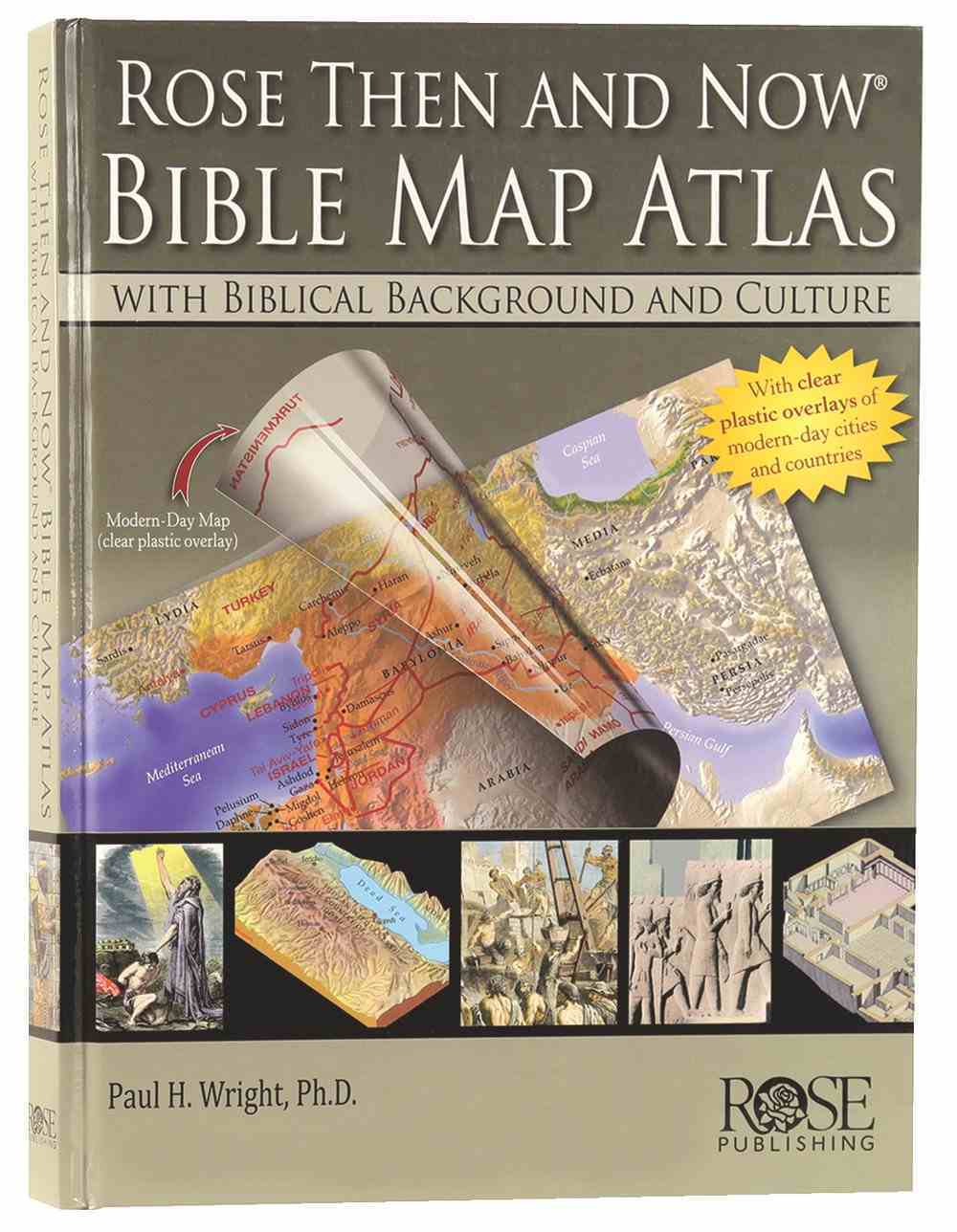 Bible Map Atlas With Biblical Backgrounds (Then And Now Series)

This unique Bible atlas focuses on people - not regions - and how Middle East geography affected their lives and decisions. Features: 120 stunning detailed Bible maps, clear plastic overlays of modern cities and countries so you know where Bible...

This unique Bible atlas focuses on people - not regions - and how Middle East geography affected their lives and decisions. Features: 120 stunning detailed Bible maps, clear plastic overlays of modern cities and countries so you know where Bible places are today, and incredible insights into the lives of 30 important Bible people.
- Koorong

Dr. Paul H. Wright is President of Jerusalem University College (the Institute of Holy Land Studies) located on historic Mt. Zion adjacent to the old walled city of Jerusalem. He also teaches courses on the culture, history and geography of the lands of the Bible. Over the years Dr. Wright has led thousands of university students and adults on field studies throughout Israel, the Palestinian territories, Jordan, Egypt and the Sinai, many to out-of-the-way places not normally seen by students of the Bible.

He is also an instructor in an advanced educational program for licensed Israeli tour guides at the Yad Ben-Zvi Institute in Jerusalem, and at Tantur, a Christian research center between Jerusalem and Bethlehem.

Dr. Wright holds the BA degree in anthropology from Bethel College (now Bethel University), an MA degree in the history of ancient Israel from the Institute of Holy Land Studies, an MA degree in Old Testament from Trinity Evangelical Divinity School, and the M Phil and PhD degrees in Bible and Ancient Near East from Hebrew Union College. He is also an ordained minister and has, over the years, been an effective teacher in both adult and children's church ministries.
He and his wife Diane have lived in Jerusalem for fifteen years, and raised their two children there. They are active members of East Jerusalem Baptist Church, a small congregation that represents an active mix of dedicated people from all over the world who live and minister in Jerusalem and the surrounding area.

Dr. Wright finds his time in Jerusalem to be very fulfilling. "As a written record of God's work in the world, the Bible is a book that is quite real. It is a privilege to be able to explore the realities of the world of the Bible with so many students who are eager to learn on-site. There are clear connections between the ways that the people who lived in the lands of the Bible thought about God and organized their lives in ancient times, and how folks living in the same places respond to the Divine tug today. The longer I live in Jerusalem, the more I am learning to appreciate the consistent call of God on His people, and our responsibility to live whole lives that are characterized by shalom, the peace that only He can give."

Israel in Jesus' Time Map (A2 Size, Comes Folded To A4 Size)
Poster