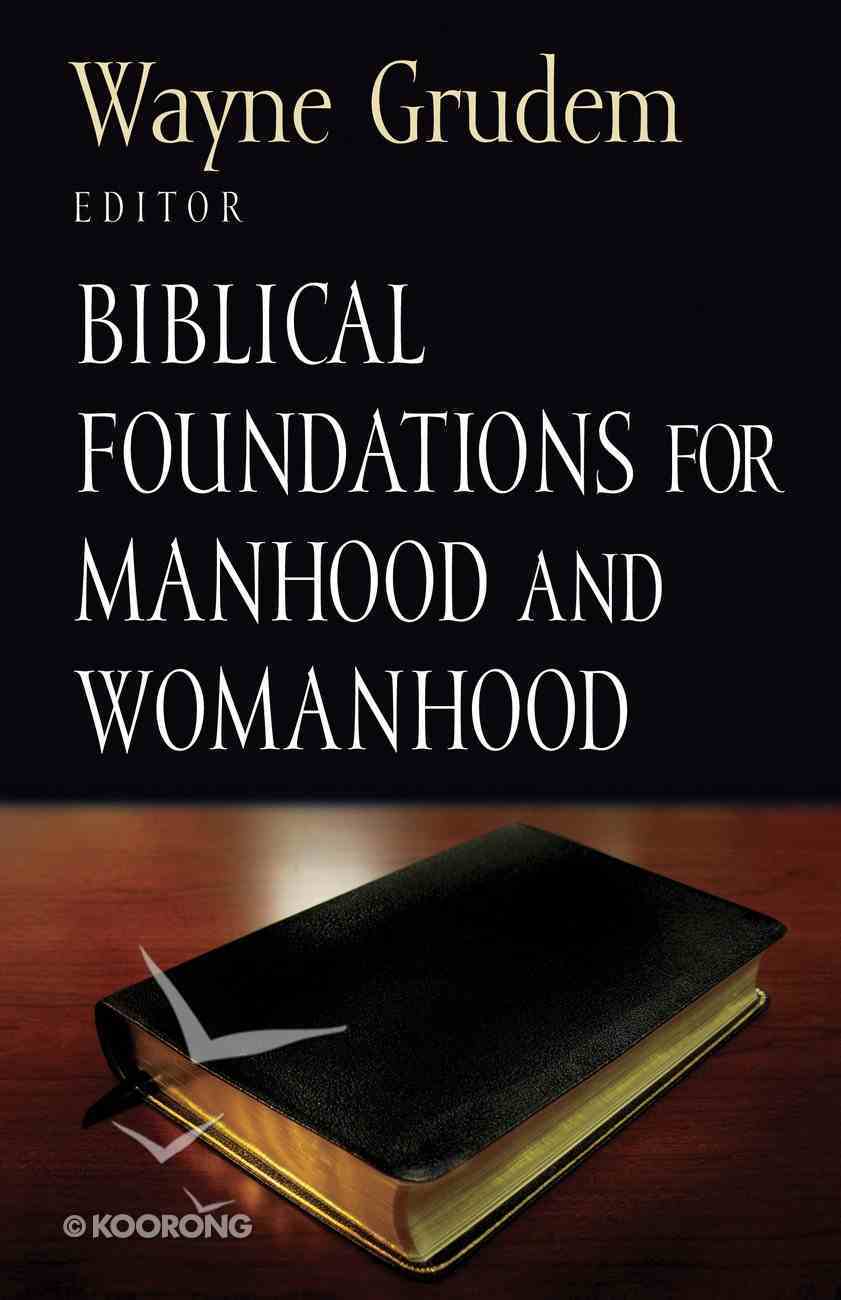 Biblical Foundations For Manhood and Womanhood

2 available
Expected to ship within 11 hours from Australia.
Learn More
Free Shipping
for orders over $99.

For years a debate has raged over how to define true masculinity and true femininity. While there is agreement that men and women share equally in the privilege of being made in God's image, some views of manhood and womanhood blur God-given gender distinctions. ^Wayne Grudem assembled a team of distinguished writers to show how egalitarian views destroy God's ideal for your relationships, marriage, and life purposes. The contributors to this book include: John Piper, Pastor of Bethlehem Baptist Church, Minneapolis, Minnesota Bruce A. Ware, Senior Associate Dean of the School of Theology and Professor of Christian Theology at The Southern Baptist Theological Seminary Richard W. Hove, Director of Campus Crusade for Christ at Duke University Daniel Doriani, Dean of the Faculty and Professor of New Testament at Covenant Theological Seminary Daniel R. Heimbach, Professor of Christian Ethics at Southeastern Baptist Theological Seminary Peter Jones, Professor of New Testament at Westminst
-Publisher

Dr. Ware (Ph.D., Fuller Theological Seminary) is Professor of Christian Theology at Southern Seminary, along with Thomas Schreiner, has co-edited The Grace of God and the Bondage of the Will and Still Sovereign. He also has authored Gods Lesser Glory: The Diminished God of Open Theism, Gods Greater Glory: The Exalted God of Scripture and the Christian Faith, and Father, Son, and Holy Spirit: Relationships, Roles, and Relevance.