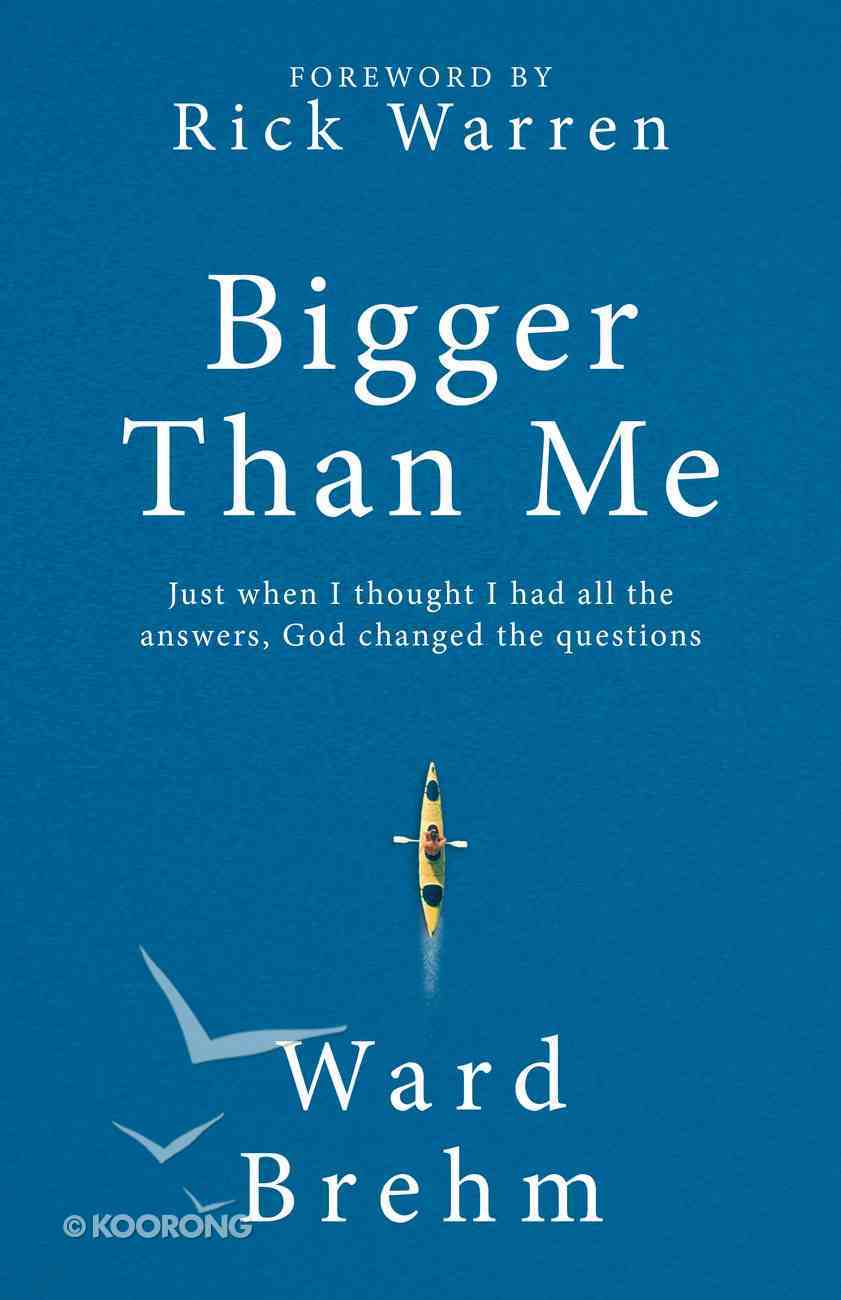 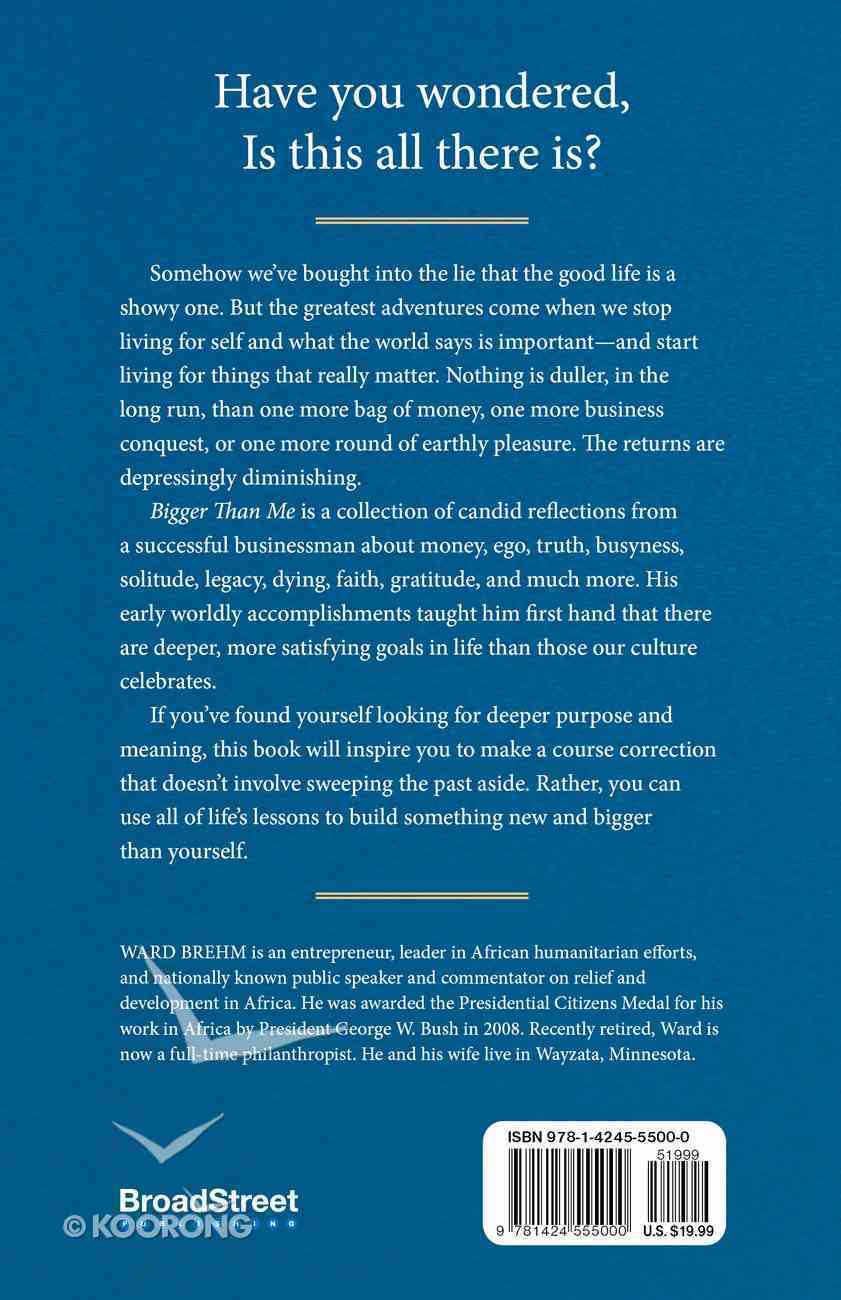 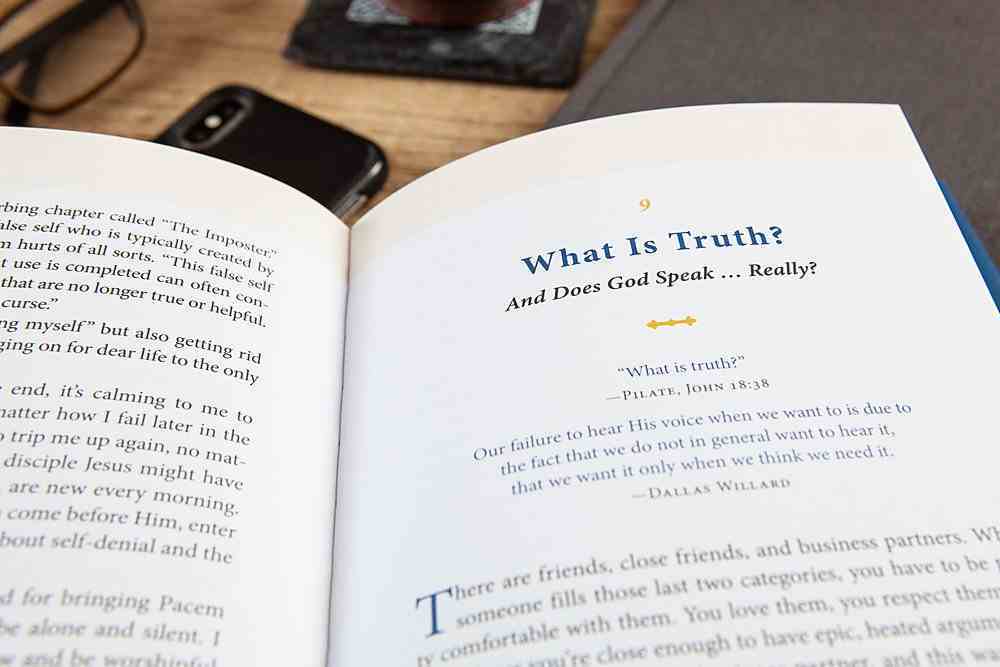 Bigger Than Me: Just When I Thought I Had All the Answers God Changed the Questions

: Reflections and lessons learned from a successful businessman on faith, dying, self- absorption, money, solitude, legacy, and the kitchen sink. Bigger Than Me is a collection of refreshing candid reflections on the important things in life. Having...

Bigger Than Me: Just When I Thought I Had All the Answers, God Changed the Questions
Ward Brehm
eBook

Why I Believe: Straight Answers to Honest Questions About God, the Bible, and Christianity
Chip Ingram
Paperback

Am I Just My Brain?
Sharon Dirckx
Paperback

Ark Signs: That Teach a Flood of Answers
Paperback

Reflections and lessons learned from a successful businessman on faith, dying, self- absorption, money, solitude, legacy, and the kitchen sink.

Bigger Than Me is a collection of refreshing candid reflections on the important things in life. Having reached his own definition of success Brehm realized he was spiritually empty. He shares compelling experiences with money, ego, death, the cyclotron of busyness and provides a compelling series of apologetical essays on faith that is targeted towards those who have turned their back on religion.

WARD BREHM is a Twin Cities entrepreneur, leader in African humanitarian efforts, and nationally-known public speaker and commentator on relief and development in Africa. He was awarded the Presidential Citizens Medal for his work in Africa by President George W. Bush in 2008. Recently retired, Ward is now a full-time philanthropist. He and his wife, Kris, live in Wayzata, Minnesota.