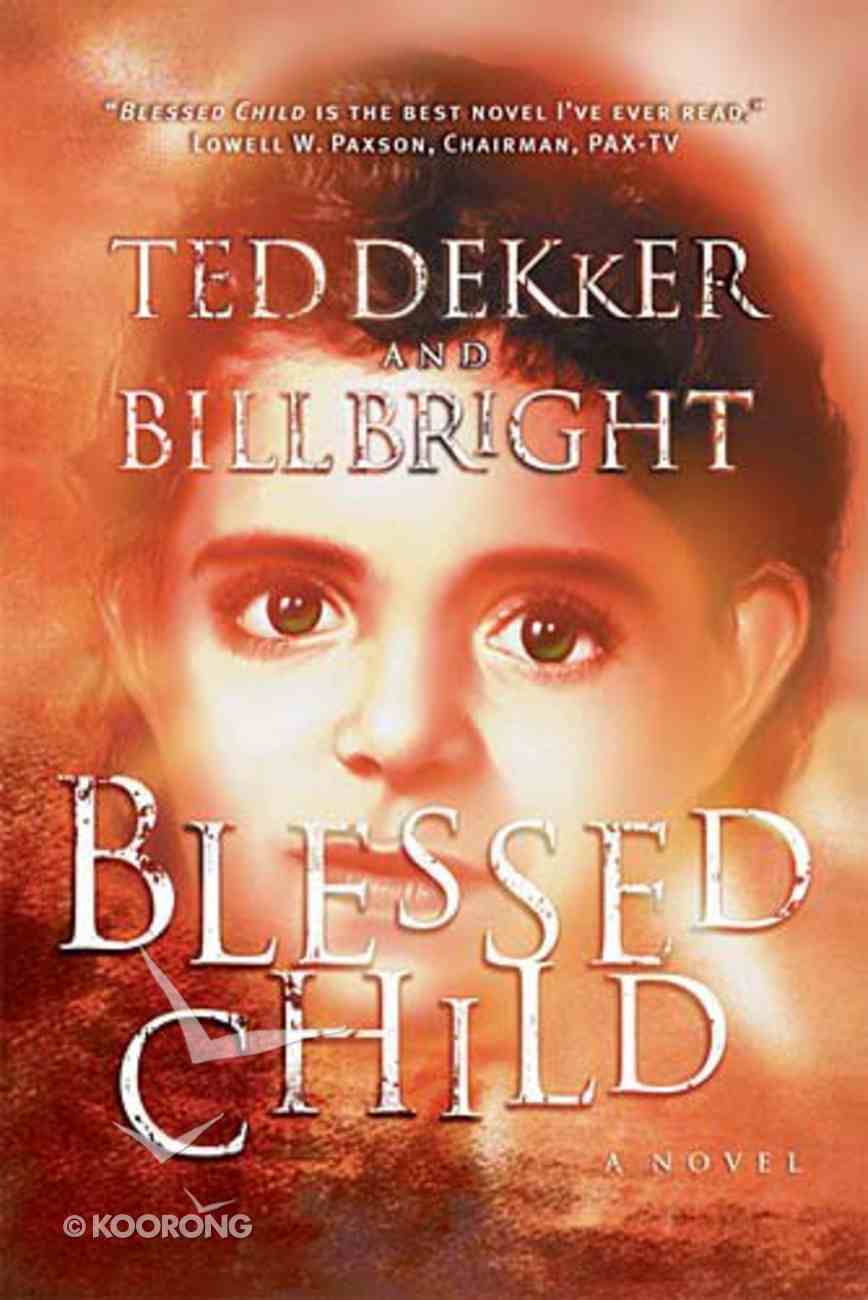 Caleb has never seen outside the walls of the Ethiopian monastery where he was abandoned as a young orphan. He now finds he must flee those walls or die. "What a beautiful picture of the love God has for us."...

Caleb has never seen outside the walls of the Ethiopian monastery where he was abandoned as a young orphan. He now finds he must flee those walls or die. "What a beautiful picture of the love God has for us." - Tim LaHaye.

The young orphaned boy was abandoned and raised in an Ethiopian monastery. He has never seen outside its walls -- at least, not the way most people see. Now he must flee those walls or die.^"But the world is hardly ready for a boy like Caleb.^When relief expert Jason Marker agrees to take Caleb from the monastery, he unwittingly opens humanity's doors to an incredible journey filled with intrigue and peril. Together with Leiah, the French Canadian nurse who escapes to America with them, Jason discovers Caleb's stunning power. But so do the boy's enemies, who will stop at nothing to destroy him. Jason and Leiah fight for the boy's survival while the world erupts into debate over the source of the boy's power.^"In the end nothing can prepare them for what they will find.
-Publisher

CHAPTER ONE: Three Months Later Minus 3 Days... Jason brought the open-topped Peace Corps Jeep to a stop and turned off its ignition. The engine coughed once and died. He hauled himself up by the roll bar and studied the browned valley ahead. The Ethiopian Orthodox monastery known to locals as Debra Damarro loomed against the rolling hills, a square fortress hewn from solid rock. Why the ancients had built here, in such a remote corner of Tigre in northern Ethiopia, so far from the beaten track of worshipers, was beyond him, but then so was the tenor of Orthodoxy in general. And Christianity, for that matter. Acacia trees swayed in the courtyard, serene in the afternoon heat. Jason kept his eyes fixed on the iron gate where Daal insisted he would be met and speedily serviced. The Eritrean invasion was only three days old, but already the Eritrean Peoples Liberation Front (EPLF) had brought the border dispute as far south as Axum to the west; it was a wonder they had not overtaken these hills yet. But then Ethiopia wasn't taking the sudden invasion along its northern border lying down. They were obviously keeping the enemy forces occupied elsewhere, where more than a single remote monastery was at stake. It was not the first time Eritrea had made this absurd claim to the land beyond its drawn borders. Absurd because even the pagans knew that Orthodox Ethiopians would defend their northern holy sites to the death. The queen of Sheba had first brought Solomon's wisdom and, according to many, his child, here to her castle near Axum, fifty miles to the southwest. The Jewish religion had swept through the hills, and several hundred years later, the Ark of the Covenant had followed-also to Axum, the priests insisted. A growing contingent of scholars at least agreed with the Ethiopian Orthodox community that the Ark's last known resting place was indeed somewhere in northern Ethiopia. Christianity had first come to Africa here, along this northern border. And now for the second time in ten years, Eritrea was openly disputing that border. It was like trying to argue that Florida really belonged to Cuba. Absurd. Most of the relief workers in the surrounding towns had already fled south to the country's capital, Addis Ababa, with the first evacuation order. Most. But not Jason Marker. Daal, his Irob interpreter, had begged him for this one favor. To deliver this one orphan stranded at this remote monastery to safety. And why would he risk his life to save a single child in a land where a hundred thousand would die in the next famine? Why would he head north, closer to the EPLF forces, instead of blazing a trail south as demanded by the Corps? Perhaps because he was in the Corps: the kind of man who at least on occasion threw caution to the wind for a sense of greater purpose. Or maybe to appease the guilt he felt at having decided to leave Ethiopia for good. But most likely because he wasn't really risking his life at all. The Eritreans would probably not harm an American. Daal had sworn nothing less before running off to see to his own family. So Jason would engage in this one last humanitarian mission and close this chapter in his life. And just as well-working in Ethiopia had been like trying to extract water from a bag of flour. Jason wiped the rolling sweat from his forehead, rubbed his hand on his khakis, and dropped back into the seat. The monastery seemed quiet enough. He reached for the key, and the faint rumble of an engine drifted through the air. His hand froze. It wasn't the jeep's engine, of course. He hadn't turned the key. Jason scanned the horizon quickly. The road ran past the monas
-Publisher

What the Bishop Saw (#01 in Amish Bishop Mysteries Series)
eBook