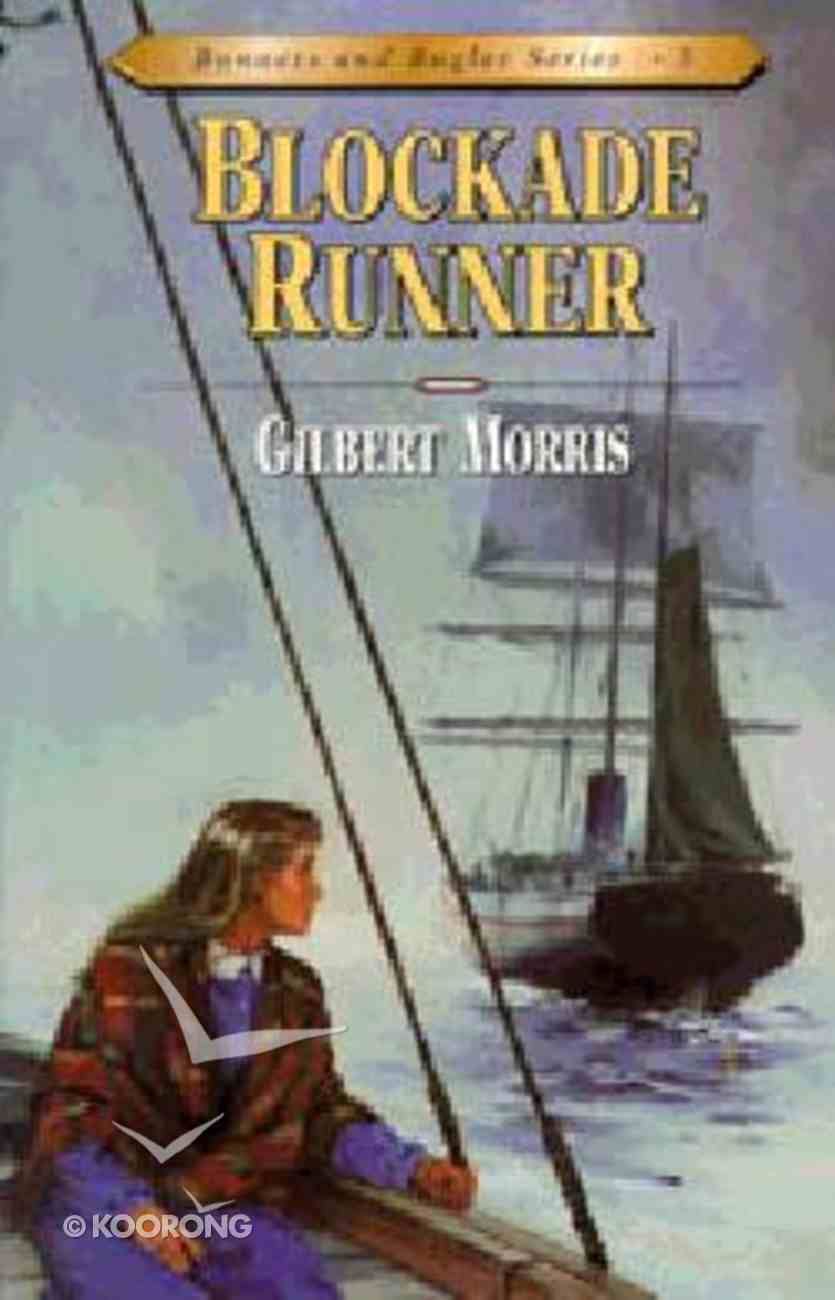 A blockade-running sea captain. A beautiful rebel spy. And a gunboat in hot pursuit. Venture with Jeff and Leah as they get swept away in Civil War sea action.
-Publisher

A rich Southern boy, an escaped Yankee prisoner, and jealous Jeff Majors are all vying for Leah Carter's attention. A blockade-running sea captain, a beautiful rebel spy, a gunboat in hot pursuit, and the words of Scripture hitting like a hammer all add to the ongoing story of Jeff and Leah's tumultuous world during the Civil War.


Blockade Runner is the fifth of a ten book series, that tells the story of two close families find themselves on different sides of the Civil War after the fall of Fort Sumter in April 1861. Thirteen year old Leah becomes a helper in the Union army with her father, who hopes to distribute Bibles to the troops. Fourteen year old Jeff becomes a drummer boy in the Confederate Army and struggles with faith while experiencing personal hardship and tragedy. The series follows Leah, Jeff, family, and friends, as they experience hope and God's grace through four years of war.

"Jeff, I don't know what's the matter with you!" Captain Nelson Majors stared at his son in a perplexed manner. "You've been going around like a whipped puppy for a week. Now, what's the matter with you, Jeff?""Well?" Jeff hated to admit that he'd had a disagreement with Leah, but finally he could not bear the weight of his father's glance."Leah and I had a fight." "Can't you two ever get along? What is it this time?"Jeff flushed. He refused to tell what had actually happened. He finally mumbled, "Oh, you know how girls are. A fellow can't get along with them!"