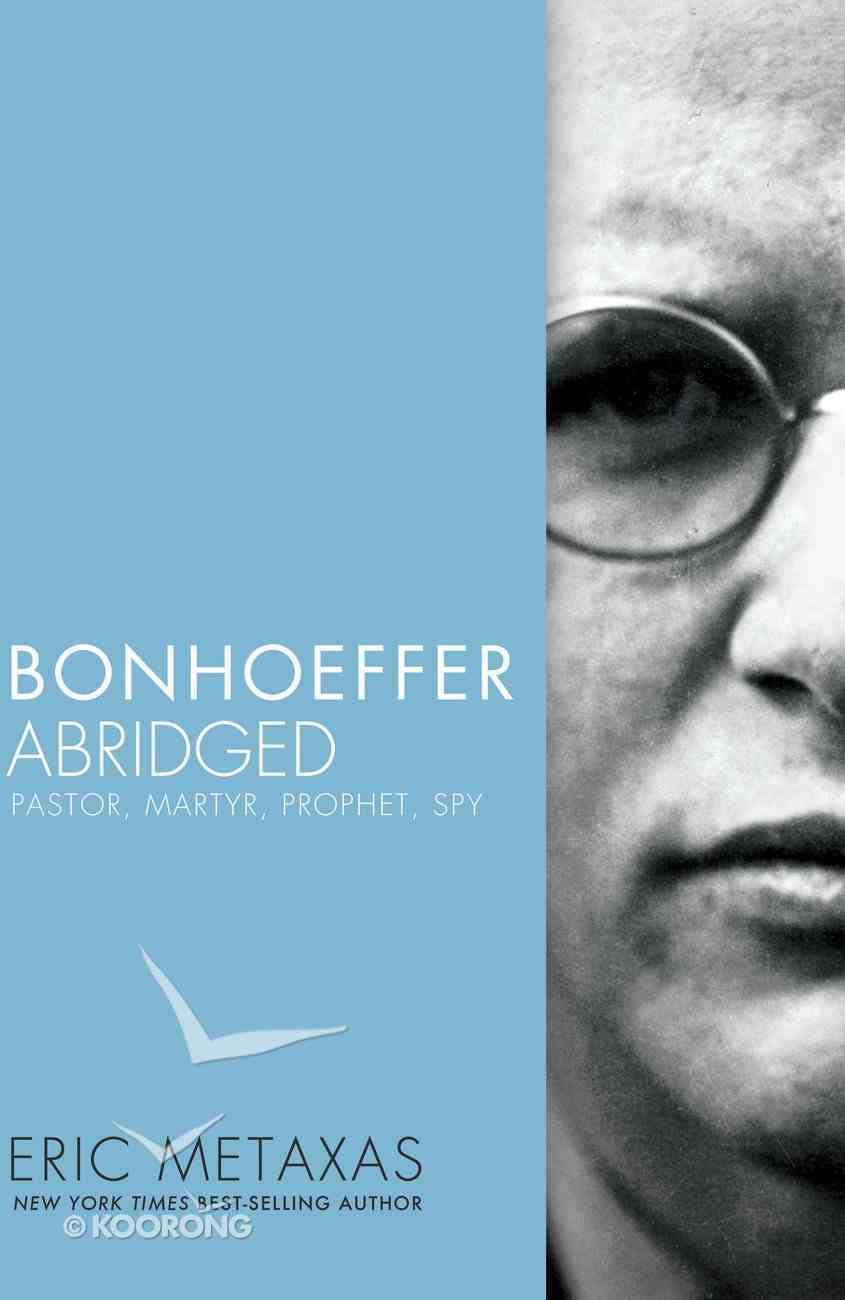 From the New York Times best-selling author, Eric Metaxas, an abridged version of the groundbreaking biography of Dietrich Bonhoeffer, one of the greatest heroes of the twentieth century, a man who stood up to Hitler. A definitive, deeply moving...

Seven Men: And the Secret of Their Greatness
Eric Metaxas
eBook

From the New York Times best-selling author, Eric Metaxas, an abridged version of the groundbreaking biography of Dietrich Bonhoeffer, one of the greatest heroes of the twentieth century, a man who stood up to Hitler.


A definitive, deeply moving narrative, Bonhoeffer is a story of moral courage in the face of monstrous evil. As Adolf Hitler and the Nazis seduced a nation, bullied a continent, and attempted to exterminate the Jews of Europe, a young pastor named Dietrich Bonhoeffer become one of the first to speak out against Hitler. As a double agent, he joined the plot to assassinate the Fnhrer, and he was hanged in Flossenberg concentration camp at age thirty-nine. Since his death, Bonhoeffer has grown to be one of the most fascinating, complex figures of the twentieth century.


Bonhoeffer brings the reader face-to-face with a man determined to do the will of God radically, courageously, and joyfully even to the point of death. It is the story of a life framed by a passion for truth and a commitment to justice on behalf of those who face implacable evil.