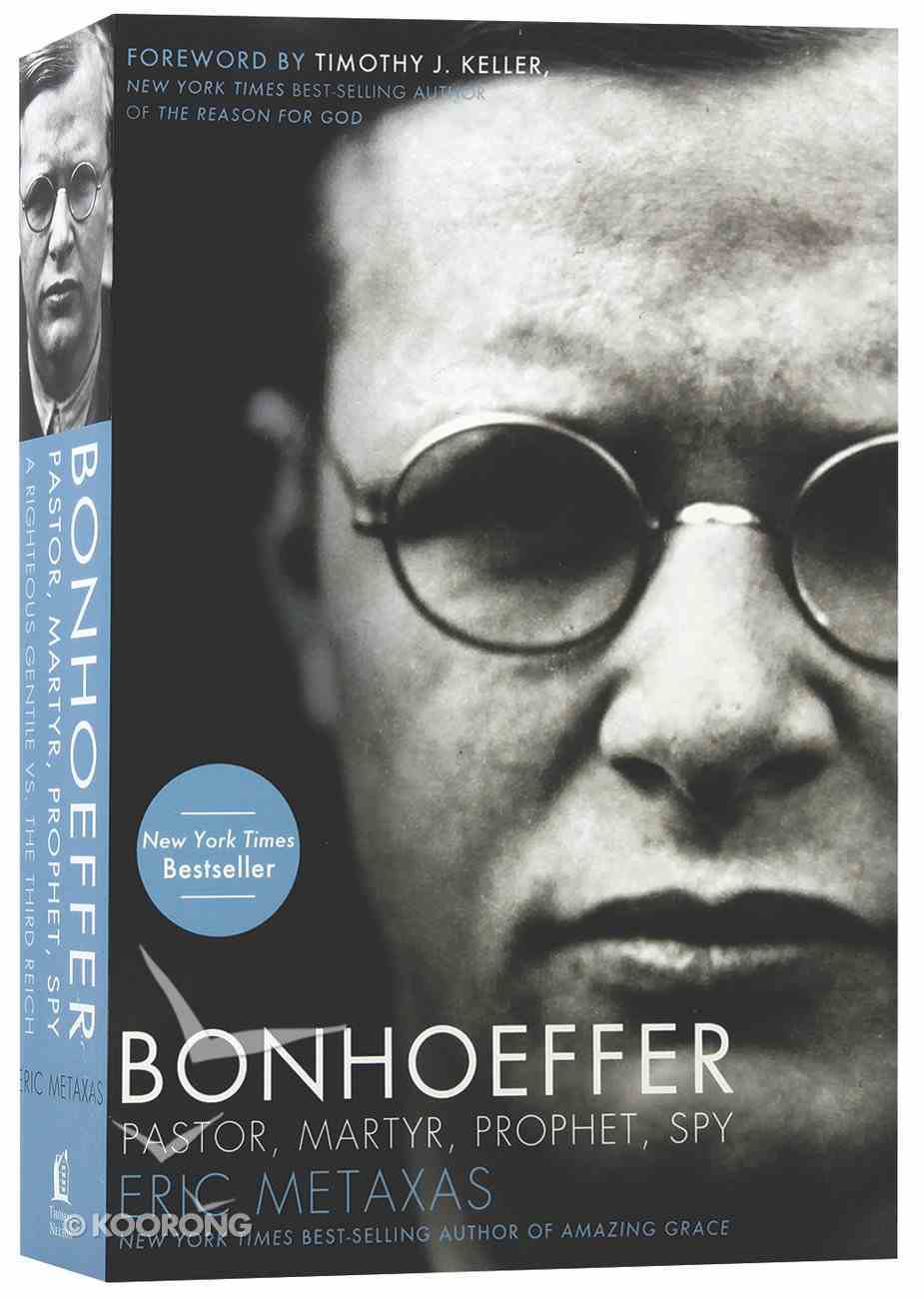 2011 ECPA Book of the Year Award for Non-Fiction. From the New York Times bestselling author of Amazing Grace , a groundbreaking biography of Dietrich Bonhoeffer, one of the greatest heroes of the 20th century, the man who stood...

100 Inspirational Quotes: And the Life-Changing Scriptures Behind Them
Joyce Meyer
Hardback

2011 ECPA Book of the Year Award for Non-Fiction.

From the New York Times bestselling author of Amazing Grace, a groundbreaking biography of Dietrich Bonhoeffer, one of the greatest heroes of the 20th century, the man who stood up to Hitler.

A definitive, deeply moving narrative, Bonhoeffer is a story of moral courage in the face of the monstrous evil that was Nazism.

After discovering the fire of true faith in a Harlem church, Bonhoeffer returned to Germany and became one of the first to speak out against Hitler. As a double-agent, he joined the plot to assassinate the Fuhrer, and was hanged in Flossenberg concentration camp at age 39. Since his death, Bonhoeffer's story has grown to be one of the most fascinating and complex of the 20th century.

Bonhoeffer presents a profoundly orthodox Christian theologian whose faith led him to boldly confront the greatest evil of the 20th century, and uncovers never-before-revealed facts, including the story of his passionate romance.

WHO BETTER TO FACE THE GREATEST EVIL OF THE 20TH CENTURY THAN A HUMBLE MAN OF FAITH?


As Adolf Hitler and the Nazis seduced a nation, bullied a continent, and attempted to exterminate the Jews of Europe, a small number of dissidents and saboteurs worked to dismantle the Third Reich from the inside. One of these was Dietrich Bonhoeffer?a pastor and author. In this New York Times best-selling biography, Eric Metaxas takes both strands of Bonhoeffer's life?the theologian and the spy?and draws them together to tell a searing story of incredible moral courage in the face of monstrous evil. Metaxas presents the fullest accounting of Bonhoeffer's heart-wrenching decision to leave the safe haven of America to return to Hitler's Germany, and sheds new light on Bonhoeffer's involvement in the famous Valkyrie plot and in ?Operation 7,? the effort to smuggle Jews into neutral Switzerland.


"Bonhoeffer is the story of a life framed by a passion for truth and a commitment to justice on behalf of those who face implacable evil. Includes Readers? Guide ?[A] beautifully constructed biography.?


?[A] weighty, riveting analysis of the life of Dietrich Bonhoeffer. . . .?


?Metaxas presents Bonhoeffer as a clear-headed, deeply convicted Christian who submitted to no one and nothing except God and his Word.?


?Metaxas has written a book that adds a new dimension to World War II, a new understanding of how evil can seize the soul of a nation and a man of faith can confront it. . . .?


?Metaxas has created a biography of uncommon power?intelligent, moving, well researched,vividly written, and rich in implication for our own lives. Or to put it another way: Buy this book. Read it. Then buy another copy and give it to a person you love. It's that good.?


"A definitive Bonhoeffer biography for the 21st century."

2011 ECPA Book of the Year 2011 Canterbury Medal by the Becket Fund recognizing courage in the defense of religious liberty 2011 Christopher Award winner highlighting the power of faith, courage, and action
"A definitive Bonhoeffer biography for the 21st century."